Did the FBI commit an unjustifiable gangland-style raid on a family homle in Pennsylvania? Is there any good news in it even if we find out they didn't? 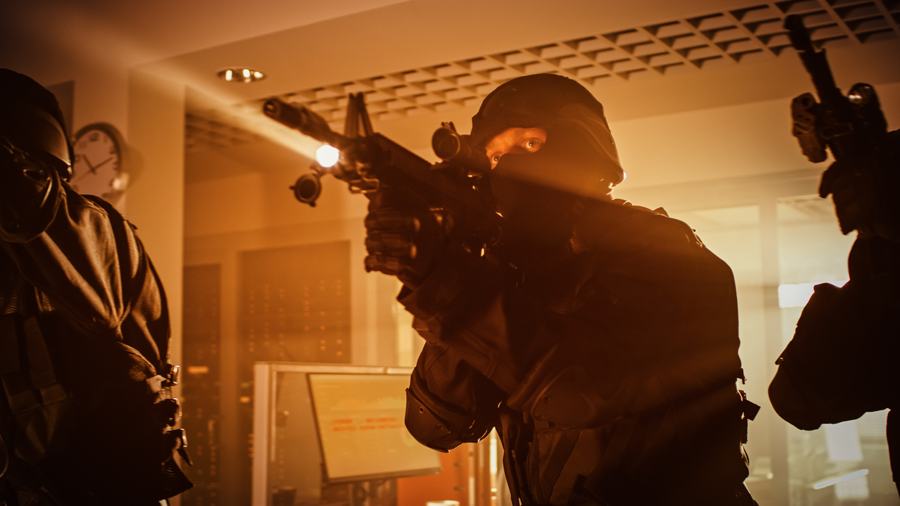 Did it happen like this? Do we trust that it couldn't have?

It’s over for the FBI. They’ve got their agents and their badges, their budget and their guns, but it’s over anyway. I’m talking mostly about the part where they’ve made a motto out of their name: Fidelity, Bravery, and (especially) Integrity. Their alleged overuse of force in a raid on Mark Houck’s home in Pennsylvania last Friday proves it. It proves it in spades if the family’s allegations turn out to be true. I’ll show you how it proves it in this case even if the family’s claims are false.

The feds came with a warrant to arrest Houck on charges of obstructing access to an abortion clinic. But he had already promised to appear in court voluntarily upon request. It gets worse: The offense he was alleged to have committed is normally handled by state and local jurisdictions, and Pennsylvania had already dropped the charges. But the FBI came anyway.

The family’s account is nothing short of terrifying. The feds showed up early in the morning, surrounding the house with at least 15 cars, including a SWAT team. They came pounding on the door, and by the end they had “about five guns” aimed straight at Houck. His kids were watching it all from upstairs, screaming in terror, watching their dad under imminent threat of dying in a hail of bullets. (Don’t tell me that’s an unrealistic fear: not until you tell me how the kids should have known that.)

Either the FBI is Guilty of Egregious Injustice, or Else It’s … Bad News for the FBI

If you find that hard to believe, I have good news for you. Maybe. The FBI denies it happened that way. Granted, they also deny they had anything to do with J6 overreach or the raid on Michigan’s Capitol, or the Steele Dossier. That doesn’t meant they’re lying this time, though. It’s at least theoretically possible this time that it’s the family who made it all up.

Just how telling is it? I want to show you by running two scenarios: One where the family’s account is true, and one where it isn’t. (The second is much shorter than the first.)

The first one is based on the family’s version of events, so it should be read with the word “alleged” in the back of your mind throughout. The second scenario is unproved, too, but you’ll see how the plausible scenarios themselves tell us something about the FBI. It’s bad either way.

They came with a warrant. Good for them. But warrants authorize agents to make an arrest, not to judge a man guilty, not to sentence and punish him for his crimes, not even to judge whether he’s guilty of it. But the FBI did all that, according to the family’s account. Do you doubt me? Ask yourself how many dads would say, “I’d rather you lock me up than see you terrorize my children in our own home!” He was punished all right, worse than serving jail time.

There was no trial. No conviction. No proper sentencing. No due process, beyond some judge’s authorization to go pick him up. But they made him pay anyway. His whole family paid.

It was a drive-by terror shot through the front door. I’m speaking metaphorically, of course, but still, it was as completely senseless as any gangland shooting. Damaging, too. No one died, but you can bet some people were crippled. When’s the next time those kids are going to sleep without nightmares? When will they be able to look at a police officer without shuddering deep inside?

They did it with the notion of serving justice. Funny thing: Gangs have a sense of justice, too. They won’t mess with you unless you “deserve it,” moving in on their territory or some such thing. Even lynching has “the pretext of justice” as part of its definition. Everyone wants to look like they had good reasons. Everyone wants to justify what they do.

The FBI justified the raid by having a piece of paper with a judge’s signature on it. That’s fine, assuming it was obtained on proper grounds. (The FBI has had problems with its track record there.) It still doesn’t justify the way they served the warrant. This raid did as much good for Houck’s kids’ respect for the law as if they’d left and joined the Crips. They’d see fewer guns aimed at their dad if they did.

The whole affair reeks of gangland violence, including SWAT’s presence in it. Why’d they bring SWAT? I don’t believe for a minute they were afraid Houck would hole up inside with an arsenal to resist with guns blazing. He’d already offered to come in if they just asked him to. So what could possibly make SWAT’s presence worth the cost? Was it just so they could send a permanent chill down Houck’s whole family’s spines? I doubt it. Too small, too petty, not worth the expense.

One thing makes sense of it in my mind, and one thing only. They came to “send a message.” It’s the gangland thing still: “It ain’t enough just to bring this guy down quietly. We gotta send his whole gang a message. Do it big. Hit him hard. Maybe it only takes one bullet to take him out. Hit him with a hundred anyway. That way they’ll know we mean business.”

The FBI didn’t use a hundred bullets that day, or even one. No matter: They got the message out anyway — a message no simple quiet arrest could have sent. SWAT’s participation, as part of an entire picture of overwhelming, totally intimidating force, guaranteed them tons of news coverage, especially in conservative news sites like ours, where the “right” people would read it.

The ‘Message’ They Came to Send

I say this now with all due respect to the Houck family, and the horror they’ll have to live with for the rest of their lives: The message they sent may turn out to be the worst part of the affair.

The message was already out there, in the form of words. Our president spoke it in his notorious Red Square speech late last month. He named the enemy, and as good as declared war on them. “MAGA Republicans,” he said, are a “clear and present danger,” a “knife to the throat of democracy.” These are the sort of words governments use to justify attacking other nations.

But there is no such group called “MAGA Republicans,” so the person he puts in those cross-hairs could be just about anyone he wants it to be. If you won’t stand and denounce Donald Trump, you’re probably a “MAGA Republican.” If you won’t swear in court to the goodness of abortion, homosexuality, and chemically castrating gender-confused teens, that could make you one, too.

It could be any of us who won’t happily welcome illegal immigrants (as long as they’re kept comfortably far from Washington or Martha’s Vineyard). Or all of us who believe the right to defend oneself and one’s family against tyranny doesn’t necessarily mean “tyrant invading from some other nation.” Or it could be you, if you’ve got even the minimal brains it takes to know that “scientific consensus” does not equate to, “See! Everyone who agrees with us … agrees with us! How can you possibly not call that consensus?”

Biden sent the message in words, but words alone do not a message make. Not in this case. Not when the goal is to conquer. Not when you know you won’t win without first intimidating.

Pounding the Message in With Overwhelming Force

That, I believe, is why SWAT was there that day (assuming the family’s story is true). They came to tell all us “MAGA Republicans,” We’re coming after you, and we’re coming with overwhelming force. We don’t just mean to take control, we mean to intimidate. We didn’t want Houck turning himself in the way he said he would. We wanted him cowering before us, just like we want every “MAGA Republican” cowering.

Maybe I’m wrong. Maybe they came because some clerk in some computer lab hit the “send SWAT” button by accident. Maybe there’s actually some good reason. Tell me what it is and I’ll be fine with that. In the meantime, though, do you think I’m not thinking about that “message” myself as I write? Do you think I don’t know the FBI could be a dangerously intimidating enemy?

I know I’m kicking a rattler here. But I will not cower. If their plan calls for intimidating us all, then my plan is not to cooperate with them in it.

And that had better be your plan, too. If they get you shrinking in fear, they’ve won. They don’t need to show up at your door with a SWAT team. They’ve done their work on you already. Don’t let them win that easily!

That’s the conclusion I draw — if my first scenario is accurate. I remind you that everything in it is based on unproved allegations.

So let’s run the second scenario now and see how it comes out. It won’t take long. Just suppose that almost all of the above is false, as the FBI says, and especially that they followed every normal and proper procedure in arresting Mark Houck.

Where would that leave us? Try this on for size:

The FBI is not guilty in this case of a gangland-style, over-reaching, terrorizing, “message-sending” violation of due process against a family in Pennsylvania. Not this time. Maybe not ever. But it’s not unbelievable that they might have. One family making an accusation like this is at least as believable on the face of it as the hallowed, storied agency responsible for investigating and revealing crucial truths on criminal matters and national security for the sake of the entire nation.

Don’t miss the significance of that statement. It’s not, “Who are you willing to believe on this?” It’s, “Why would anyone even need to ask that question?” We ask it because of what we know already. The Houck situation didn’t cause it and doesn’t prove it, though it certainly highlights it. I’m talking about the FBI’s fundamental forfeiture of its own integrity.

Maybe the FBI wins this particular battle in the end. No matter. They lose either way — but so do we. The first scenario tell us we can’t trust them. The second scenario tells us we already knew that.