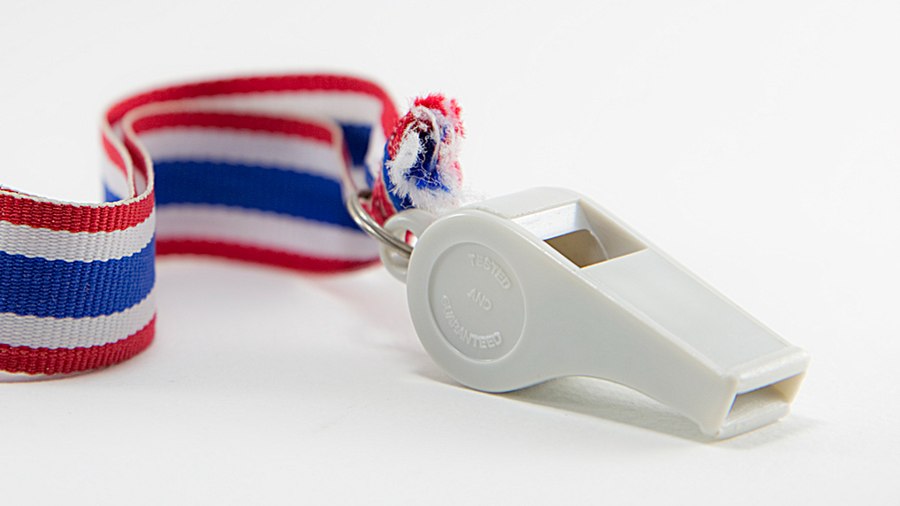 Yesterday we featured our summary of Part 1 of FBI whistleblower Kyle Seraphin’s conversation with Dan Bongino, in which he said the FBI has totally bought in to the lie about January 6: that the riot — the rally itself — was driven by conservative Trump supporters trying to subvert the Constitution (!) and overthrow an administration.

Within the rank-and-file, he said at the start of Part 2, he had friends who “retired over this.” The leadership had set up a separate building at an off-site location near the Washington DC field office and brought in three supervisors who’d done national security work, with about a half-dozen agents from around the country under each, for what they call TDYs or “temporary duties.” He said “every field office was on the hook to give ‘x’ number of bodies for this.” That pulled agents off the operational surveillance details they’d been doing.

This is one thing Kyle expressed concern about in Part 1: damage to important ongoing investigations when agents had to drop those to go through leads generated from J6. Leads typically come in through the National Call Center, most of them from crackpots, leading nowhere. But compared to what normally comes in, the number of leads exploded after January 6. There were tens, maybe hundreds of thousands of leads, “and they all had to be looked at,” he said, because any one of them might be “the thing that breaks ‘this case,’ whatever ‘this case’ is.”

There was an endless queue of leads with requests for actions to be taken — check with a particular bank, pick up a subpoena, send questions to a field office so they could do an interview.

“America was just going crazy,” he said. People would call in to talk about their neighbor who “loved Trump” and “probably voted for Reagan.” They’d say things like “I don’t know if this person was at the rally, but he’s the type that, if he could have gone, he would have.” (We’re chilled by the eagerness of many people to turn in their neighbors for their politics.)

Kyle called these “garbage leads” that he would’ve thrown in the trash. He recognized that attending the rally was protected under the First Amendment. But after January 6, tens of thousands of leads were being followed up. Agents might knock on somebody’s door who, it turned out, didn’t even go, but he might mention in passing that he knew someone who did, generating another lead. Or maybe he did go, and agents would try to ascertain where he was, maybe hit him with trespassing or other misdemeanors.

The message agents got as recently as 2016 was that “the FBI doesn’t mess around with misdemeanors.” But suddenly, agents who’d anticipated having a hand in taking down mobsters and drug dealers were frustrated at having to do this small stuff instead. “It seems insane,” Kyle said. “But it probably will continue.”

Even low-level felonies such as lying to the FBI aren’t generally these agents’ concern. In fact, according to Kyle, FBI training doesn’t cover much about knowledge of the laws. (Who knew?) Agents take cues from their supervisors.

“Most criminal complaints are very short,” Kyle said, because they state an alleged crime and the probable cause to think the person did it, period. J6 complaints tend to be dozens of pages long, to “build an informational story.” And with these, the FBI seems to “hold a lot of sway” with magistrate judges. It seems to us that this might explain a lot, particularly their choice of magistrate judges to sign off on the Mar-a-Lago raid and the confiscation of Mike Lindell’s phone.

Kyle has informed Congress that some counterterrorism reports he’s seen “had outright lies in them.” Anyone who gives false information in sworn testimony is finished as an agent, as he can never testify again. Likewise, he believes, agents including false information in a warrant, which is also sworn, should be out. (Editorial note: From what we KNOW they did during Crossfire Hurricane, lying in a warrant is apparently fine, at least if the case relates to President Trump.)

An Obvious Contrast with BLM/Antifa Rioting

Anyway, Kyle said they “absolutely” did not do similar follow-up on BLM/Antifa rioting. “The contrast was obvious.” In Portland for a two-week stint, he saw bizarre street battles between pathetic-looking social justice “goons” and local law enforcement. Nothing was done. He said those mysterious pallets of rocks provided to rioters were not investigated.

He saw someone who’d been a federal criminal target just “let go,” he said, by field office agents after interrogation. He personally submitted a report on a small group who had surrounded his car, threatened him, and “outed” themselves for other crime, and there was no FBI follow-up at all.

As for whistleblower reports of the FBI “juicing” the domestic terrorist stats to exaggerate this problem, Kyle said that instead of opening large “umbrella” cases, they’d open individual cases on each person. (He encourages those agents to reach out to him and his group on Truth Social.) He does not believe that the majority in the FBI approve of what they’re doing, saying it’s now “word on the street” that agents have no other option but to report it.

Agents tell him that when it comes to racially-motivated domestic terrorism cases, “we’re constantly being told that our numbers are too low.” If it’s not an actual quota, there’s a de facto quota. It’s not overt, he explained, but agents know that the way to impress supervisors is to “find” those cases. So Kyle has confidence that Ohio Rep. Jim Jordan is correct when he talks about this.

He says he knows agents who “have no problem” opening these so-called neo-Nazi cases when the only pretext is activity protected by the First Amendment. It chafes someone like him, who at his core is a civil rights activist who says “everybody has the same right to be a jerk.” It’s the inflammatory speech that needs protection. (Editorial note: it is protected — when it comes from the left.)

FBI agents are in the job category of “criminal investigator,” he explained, but they’re doing intelligence, so they’re not held to the constitutional limitations of criminal investigations. Kyle’s description of how this works in practice gives strong support to the idea of separating these two functions. He said the culture at the FBI is “absolutely carnivorous.” Agents wanting to reach the senior executive level, with its higher pay and prestige, tend to look at underlings only as a means to that end, heads to step on as they climb the ladder. He has the impression their behavior might stem from this even more than from politics.

The senior executives, he said, “have been doing this for 20 years,” and, generally speaking, are on board. He hopes there’s some pushback at the top, but the current centralized structure is not conducive to that. Those at the top are “playing to the same sheet of music,” he said.

The Forgotten Message of the Holocaust

Applying all this to the Mar-a-Lago raid, he related the story of how all new FBI agents have to spend one full day going through the Holocaust Museum, which has a walking tour set up especially for law enforcement. You see the piles of shoes and eyeglasses. And you understand from this that the only way such a horror takes place is for all levels of law enforcement to go along. “If anybody refuses to get with the program, it doesn’t happen.” History should have taught us that “I was just following orders” doesn’t fly. Law enforcement has “an absolute responsibility to refuse things that are wrong.” Kyle obviously remembered that message, but there are many at the FBI who tragically have forgotten it.

Kyle Seraphin also appeared on Bongino’s weekend show UNFILTERED. See him talking about the agenda of the intel bureaucracy and the need to stand up for the Bill of Rights here, starting at 7 minutes in.

UPDATE: Seraphin has been summoned to DC headquarters this coming Thursday (travel $$$ not covered by the government), and he’s talking with attorneys now about what this meeting might entail. When Bongino reached out to the FBI for comment on Kyle’s allegations, their comment was “no comment.”

RELATED: Utah Sen. Mike Lee, a member of the Senate Judiciary Committee, appeared with Maria Bartiromo on FOX News’ Sunday Morning Futures to discuss what’s happened to the FBI. He shares Seraphin’s view that most agents really don’t like the changes and are not, themselves, politicized. There’s a deep concern that “some agents” at FBI headquarters — it’s particularly bad in DC, he said — are being used to weaponize our criminal justice system.

He echoed Kyle in saying: “When you centralize this much [law enforcement] power in our nation’s capitol, bad things happen.” He noted the glaring examples of overreach in just the past few days, such as the subpoena issued to the conservative Eagle Forum of Alabama.

Also, when local officials declined to press assault charges against this pro-life advocate due to lack of evidence, and a civil suit was tossed out, the FBI moved in and raided his home.

The crying need to address this politically-motivated targeting is one huge reason why it’s so important to get both the House and Senate back in GOP hands. Otherwise, these abuses will multiply and continue to be swept under the rug, and reform will be impossible.

Whistleblower: FBI Has ‘Bought in 100 Percent’ to January 6