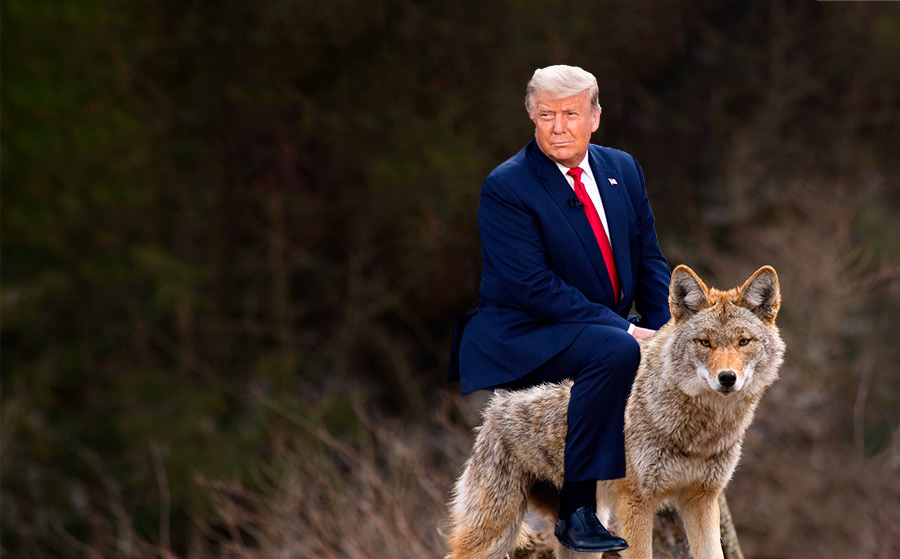 I’ll admit it. I’ve been scared about the election. Partly it’s just my inherited temperament and upbringing. My genes come from Croatia and Ireland, two of Europe’s more battered, beaten-down countries over the centuries. Each was a backwater province of a much larger empire. Neither, given independence, really knew what to do with it. My parents’ families came from the lovely (if poor) fields of Cork and the Renaissance jewel of Dubrovnik to … the teeming tenements of Hell’s Kitchen, New York.

And they stopped there for some reason, as if they didn’t realize the Hudson River could be forded. (I’m the first member of my family to venture from atolls like Manhattan and Long Island to the vast mainland United States.) We stayed in New York City while liberal Republicans like John Lindsay and clueless Democrats like Abe Beame ground the place into powder, turned the city of Breakfast at Tiffany’s into the hellscape of Taxi Driver. As I’ve written here, my childhood was a lot like that of the anti-hero in Joker. It’s the first DC-Comics movie that ever really seemed like a documentary.

So when events align such that the world looks like it’s finally sliding down the conveyor belt to the Inferno, I’m constituted to answer, “Yup, I knew it!” Also, I think I’ve been subject to spiritual warfare, and I’ve been losing.

It Seemed that the Fix Was In

Watching President Trump stumble a bit in recent weeks, and seemingly put up with the FBI’s partisan hackery in defense of the Biden Crime Family really troubled me. It didn’t help that every week or so, the pope of my church came out with some new outrageous statement or action. Last week, Francis denounced capital punishment, private property and national borders, just in time to help Joe Biden’s quest for the Catholic vote. This week, Francis nodded and winked and endorsed “civil unions” based in sodomy.

I’m wondering at this point if in Francis’ translation of the Gospel, Christ tells the apostles, “Eat my sheep.” I’ve found myself saying things on Twitter about “outliving any recognizable form of either my church or my country.” Then stumbling off to watch World’s Dumbest Daredevils through the bottom of a whiskey glass. Not a good month, my friends.

But with the help of some prayers from pals, I’m doing better now. I’m learning to watch the farce in Pope Francis’ Rome with a certain detachment. The grand claims of papal authority made in 1870 are simply being put to a laboratory test. If the poor mouse somehow survives, all the better. If not, then not. It’s all in God’s hands, not mine.

Meanwhile, on a purely human level, the spectacle of a talentless, nasty ex-chemistry teacher like Jorge Bergoglio trying to gaslight a billion people is objectively … funny. I can read his documents for laughs, as I once did the loopy Green Book of Muamar Gaddafi, or The Ruhnama — the vast pseudo-Q’uran the dictator of Turkmenistan forced his entire country to memorize. The last world leader to match Francis’ vaunted “humility” really was Saparmurat Niyazov. And he renamed months of the year after members of his family. But for now, I will leave Pope Borat in peace.

What’s helping as well is that the Trump campaign seems to have found its feet, and caught some lucky breaks. And proven me wrong again. (I despaired back in 2016, and only at 10 p.m. on election night did my despair turn to sodden shock and awe.) I really thought that after the crummy first debate with Biden, and painful NBC town hall, that Trump should have skipped last night’s debate. Switched topics? Stunningly biased moderators? A mute button for the President? (Why not a shock collar?) I wanted him to walk away, maybe do an hour-long interview with Jeffrey Toobin instead — by Zoom, of course.

And Trump proved me dead wrong again by turning in a first-rate performance — calm, funny, commanding, and truthful on the issues. God sends us divine surprises sometimes, perhaps because of all those out there praying and fasting.

So we should all be, for protection from the madness Democrats promise, and won’t disavow:

The Tip of the Bidenberg?

And those are just the monstrosities the Democrats have copped to. Think about the hundreds of ways in which the Biden Family (now to be uppercased, like the Gambino Family) are compromised by bribes, blackmail, and secrets. Corrupt Ukrainian oligarchs, Chinese Communist party hacks, and foreign intel agents have had the dirt on Hunter Biden’s crooked deals, underage girl pics and potentially illegal acts for years. They can read the words “Big Guy” and know who that means (Joe Biden), even if our MSM pretends that it might refer to Vladimir Putin or Nicholas Sandmann.

According to Chinese whistleblowers the Chinese Communist party has been sitting on all that compromising Biden material for even longer than the FBI, in fact. Both agencies sat there while the House impeached a U.S. president for a single phone call to Ukraine, just asking about this corruption. You might have expected Trump’s own FBI director to mention it to him, of course. But our Deep State seems to be working in concert with China’s interests, not ours.

All the filth that’s trickling in through the laptop might be just the tip of the iceberg. What could foreign governments do with all the corrupt deals that Biden Family consiglieri engaged in which didn’t get dropped off in a drunken stupor at a Mac shop? By the highly qualified young drug addict with zero expertise who magically qualified to earn tens of millions on corporate boards, because his dad was — wouldn’t you know? — vice president of the U.S.

Thanks to relentless work by The New York Post, Fox News, and many smaller “rogue” media operators (One America News, Pandemic War Room, Judicial Watch, there’s an honor roll), America’s learning about all that squalor. President Trump wisely mentioned it several times, despite the debate moderator doing everything but physically tackling him to change the subject.

Any human being with a sense of shame who made this kind of outrageous blunder would have taken down his Tweets, maybe deleted his account.

But that’s not why he’ll win. The reason I now think President Trump will win handily on election night, despite Democratic cheating, can be summed up in one word: “Coyote.”

Trump Wants to Save Kids from Trafficking. Dems Want to Sneer.

Let me explain. Donald Trump has actually studied the deadly situation on our southern border. In the debate he explained why the U.S. had to separate immigrant kids from their so-called “parents.” That’s because human traffickers (called in the region “coyotes,” Spanish pronunciation) smuggle children. Thousands and thousands of children. It’s a huge business, conducted on the hides of the helpless and innocent. (See The Stream’s Chris Manion on this horror.)

The Stream ran a plea by Mexican TV star and pro-life activist Eduardo Verástegui on this subject. He begged the U.S. to build a border wall. Why? To stop this hemorrhage of kidnapped and trafficked Latino kids into the sex and child pornography industries, and slave labor on U.S. farms. All that is real.

Coyotes are real, and a present danger to thousands of helpless women and children. By some estimates, they rape up to 80% of Central American women and girls who enter the U.S. illegally. We don’t control our southern border. The coyote rape gangs do. And that’s a national scandal.

We Must Separate Kids from Kidnappers

Any real Christian or decent human being ought to demand that a civilized country stop it, as Trump has tried hard to do — despite the demagoguery about “putting children in cages.” (Yes, Obama and Biden built the cages, and Trump got rid of them, but never mind.)

So how did America’s Twitter-certified “blue-check” cognoscenti respond to this gross abuse of human rights by thuggish cartels against women and children? With the same sneering, superior ignorance these people exhibit on every other subject. And that is what lost them the election in 2016, and will lose it again this year.

Did @realDonaldTrump just say 545 kids they can’t find their parents for came over through “cartels and coyotes”?! How the hell does a coyote bring a whole human across the border?! Lord—–stop talking. #FinalDebate

The level of xenophobia is sickening.

There were hundreds more sophomoric “wise-fools” piping up just like them:

Tonight on blue checkmark twitter, they don’t know what coyotes are.

(This isn’t even half of all I found 🥴) pic.twitter.com/Jsh57jSBb1

Our nation is run, top to bottom, by ignorant, smug elitists like these. They have jumped through the right hoops, made the right connections, and signaled the right set of virtues. Millions of people have been rewarded with high salaries, cultural and political power for engaging in these rituals.

They’ve earned journalism degrees without reading any history, education degrees without logic classes, multicultural diplomas having mastered no foreign languages. They know almost … nothing, in fact. Their status as “intellectuals” is an honorary degree they earned by showing up and bleating in unison, “Four legs GOOD, two legs B-A-A-A-A-A-D.” And they hold the rest of us in contempt. They’re not just ruthless, they’re shameless.

How do we know that for sure? Because any human being with a sense of shame who made this kind of outrageous blunder would have taken down his Tweet. Maybe deleted his account, gone and hid under a desk, and started doing some research. Decent people would doubt themselves after a moment like this.

Not these people. They’re actually still sneering at us for being right when they were wrong. That’s just who they are. And that’s why they will lose.

Cardinal Müller: ‘This U.S. Election Will Decide Who Rules the World, Democracy or Communism’