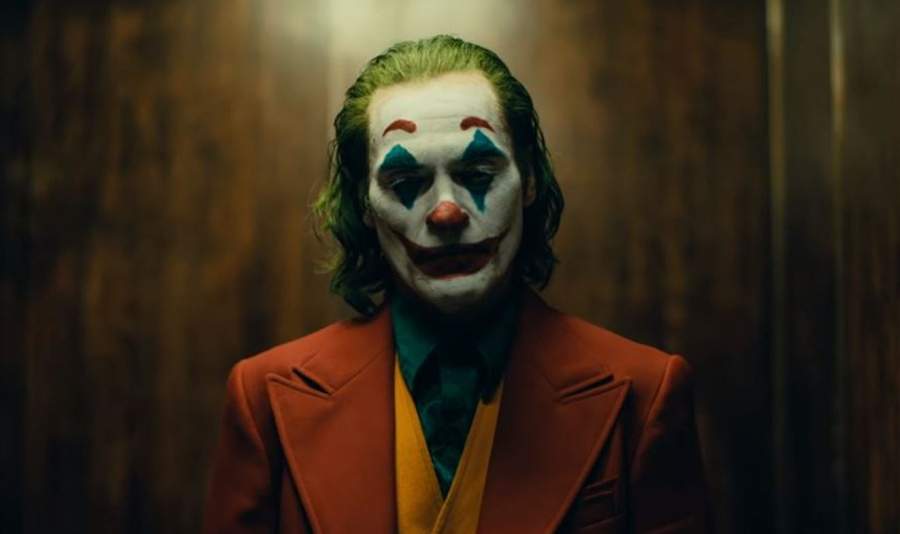 I’ll confess, when I saw Joker my first thought was, “How did they know? Was someone secretly recording that period of my childhood, or that one?”

It wasn’t just that Gotham City in the movie was a letter perfect picture of the squalid, toxic New York City I knew. The gift local Democrats gave America from the 70s into the 90s, and Mayor Bill de Blasio seems to be giving again. Subways cars marred with graffiti, platforms that reek of urine, pyramids of garbage, and violent hobos roaming the streets. (Escape From New York, which imagined Manhattan finally becoming one big prison island, struck no one as that far-fetched.) No, Joker hit something personal.

The film seemed to capture the darkest moments in my own adolescence, and our troubled family. At points in the film, I was close to tears.

Even as I left the theater, I felt the strong urge to write about it, in that vein. But after a Tweet or two, I slammed on the brakes. That would be “too much information,” surely. More squalid guts-spilling on the internet, a transparent plea for pity that instead might be met with scorn. So instead of writing about it right away, I read more about the movie. I saw how it’s stoking leftists into incandescent rage. How it’s breaking box office records, and provoking passionate arguments.

I knew the film was a real work of art long before I left the theater. But now I realize why: It touches something universal. I bet everyone who saw it had much the same reaction that I did: “How did they know … ?” The rest of that sentence is crucial. “… how I suffered? All that I went through? Poor, poor pitiful me.”

Kyle Smith at National Review observed that the movie accomplished what it set out to do. It showed the world not quite as it is, but as it appears to a future mass killer, through the filter of his engorged and overpowering self-pity. The character who becomes Joker finds not a trace of compassion, justice, or mercy in the city he inhabits. So he offers it to himself. He will give himself all the gifts he doesn’t find in Gotham, and do so with open hands. He will hoard all the pity on earth, save none for anyone else. Because it’s every man for himself, as the cruel, cruel world has taught him.

If we are cosmic rounding errors of random statistical chance, as our science teachers keep catechizing us, there’s no good argument against emulating Joker. Except the weak hedonistic calculation that if you restrain your psychotic impulses, you’ll collect (on average) more moments of pleasure before you expire and are forgotten.

It’s Better to Burn Out Than to Fade Away

The real problem for moderns? A Darwinian world really is precisely that cruel. If we are cosmic rounding errors of random statistical chance, as our science teachers keep catechizing us, there’s no good argument against emulating Joker. Except the weak hedonistic calculation that if you restrain your psychotic impulses, you’ll collect (on average) more moments of pleasure before you expire and are forgotten. That’s not going to work with everyone. Some among us would much rather “burn out than fade away.” Neil Young sang about it, but the Columbine killers lived it.

Joker shows how the human impulse of self-pity can morph into genuine evil. Not that it’s bad in itself. Self-pity is just a step or two past self-care. It’s a natural instinct, especially during a troubled adolescence … which is to say, during anyone’s adolescence.

The Prison of the Self

But that’s the whole problem with self-pity, isn’t it? You never think of anyone else. You don’t, you won’t let yourself, realize that others suffer too. Perhaps suffer even worse, if you bothered to turn off Pink Floyd, leave your parents’ basement, and go meet some of them. Maybe try helping one of them, with some act of kindness or mercy. That might forge those very human connections which you’re missing. It wouldn’t just distract you from the genuine pain you’re feeling, but actually diminish it.

And isn’t that what the gospel ultimately teaches us? That the worst thing in the world, authentic suffering, need not be worthless and useless? That we’re never really as bad off as we, or Joker, think? That’s because the creator and ruler of the universe Himself suffered as we did. And did so for each of our sakes. And if we take what we’re enduring and offer it to Him, He will make of it something useful, even (hard as this seems to accept at the moment) something beautiful.

It might seem unbelievable, like some opiate of the people, to think that the answer to suffering is to pity someone else, to pity Christ on the cross and for His sake our nearby neighbor. But we have tangible proof that it’s true, in the stories from tragedies in history. In the memories of soldiers who remember not the horrors of front-line war, but the love and loyalty of brothers in the trenches.

Viktor Frankl observed, in the concentration camp which he survived, the difference between those who found the strength to endure and those who perished. Those who found meaning in suffering, he said, somehow often lived on. What about those who obeyed the inner voice that daily shouts “Curse God and die”? They typically did. Man’s Search for Meaning, Frankl’s classic, really belonged on Joker’s coffee table.

Aleksandr Solzhenitsyn entered the Gulag a socialist and an atheist, a Soviet patriot who’d made a joke about Stalin’s mustache. He was a brilliant young intellectual whose career had tanked spectacularly. In today’s terms, an Arctic labor camp is a really decisive form of Twitter jail. You’re de-platformed, all right, as you stir the thin fish head gruel for traces of protein. You really, really know how Laura Loomer and Milo must feel.

But Solzhenitsyn did what too many of us wouldn’t. He focused on the suffering and stories of the prisoners around him. His self-pity ebbed away like a toxin when empathy pierced his heart. He devoted himself to learning his fellow victim’s stories, and writing them down on scraps of paper. He committed himself that even though the world had forgotten these people’s existence, he would remember them. And if possible, tell the world. The book he wrote of all those fragments, The Gulag Archipelago, helped discredit communism to any thinking person with half a conscience, and bring down the Soviet Union. Reflecting, decades later, on the fruit of all his suffering and the faith he found in the camps, Solzhenitsyn pronounced himself “grateful” that he had been imprisoned.

There’s another famous person who fought self-pity, and self-pity won. It hijacked his mind as it did Joker’s, and became a vast national myth that devastated millions. I’m speaking of Adolf Hitler. It’s interesting that nobody ever made a movie out of Mein Kampf. No, not a film designed to convey its hysterical, hateful message. But a movie that explored and exposed from the inside the bad moral and mental habits that could conceive such a book, or embrace it.

Imagine a film that used CGI to show the world as young Hitler saw it: where squalid, gas-ridden trenches appeared as vistas of Norse gods fighting Frost-Giants. Where ordinary, patriotic Jews on the streets of Vienna transmogrified into slavering monsters (as Hitler himself recorded what sounds like a psychotic break). That film should show the world through the “hero’s” jaundiced eyes most of the time, with occasional lapses to let the real world glimmer through.

The great documentary, The Eye of Vichy, jump cuts through pro-Nazi propaganda films produced in occupied France. But as the balance tips in the Second World War, the audio track begins to compete with the pro-Nazi visuals, in the form of radio broadcasts from the Free French and BBC. The voice of truth, patient, insistent, undermines the regime of lies. Just like the scraps of paper that Solzhenitsyn hoarded under his flea-ridden mattress, which escaped and destroyed an empire.

Nobody’s going to make that Mein Kampf movie. Maybe nobody should. The closest thing we’ll get is likely the terrific John Cusack film Max, which views the young Hitler through the eyes of a (real-life) kindly Jewish art dealer, who helped the young frustrated painter, and tried to pierce his choking self-pity.

Nobody tried that with Joker.

And I think I’ve figured out why the left hates this movie so much. The Gotham City of Joker is the world that they’re creating. It’s the West without Christ, a world where the pitiless laws of Darwinian competition really have replaced the beatitudes and the commandments. In that world, you won’t ever see crowds of guilt-struck “supporters” and “allies” affirming “vulnerable” teens with sexual problems for their courage. That’s all a faint reek of incense in a deconsecrated church. What we’ll see as decline accelerates is a world with no pity but self-pity, which becomes for the elites the fuel for the Will to Power. “Affirm my truth” or lose your job, buddy. Or maybe worse… .

The future world, without Christ, won’t be “Woke” Hollywood. It will be China. The weak will die and their organs will be sold for the sake of the strong. Dissenters will vanish in camps, as the Uighurs now are doing. Their memoirs will burn with them. (The Chinese Communist Party has learned from the Soviets’ “mistakes.”)

And the godless will bleat about “justice” and “compassion” while cashing their checks from Beijing and tithing to Planned Parenthood. You know, just to keep manageable the numbers of lower-status primates whose votes we need … for the moment. But finally, they’re as dispensable as any of the street urchins cheering Joker while torching their neighbor’s cars.