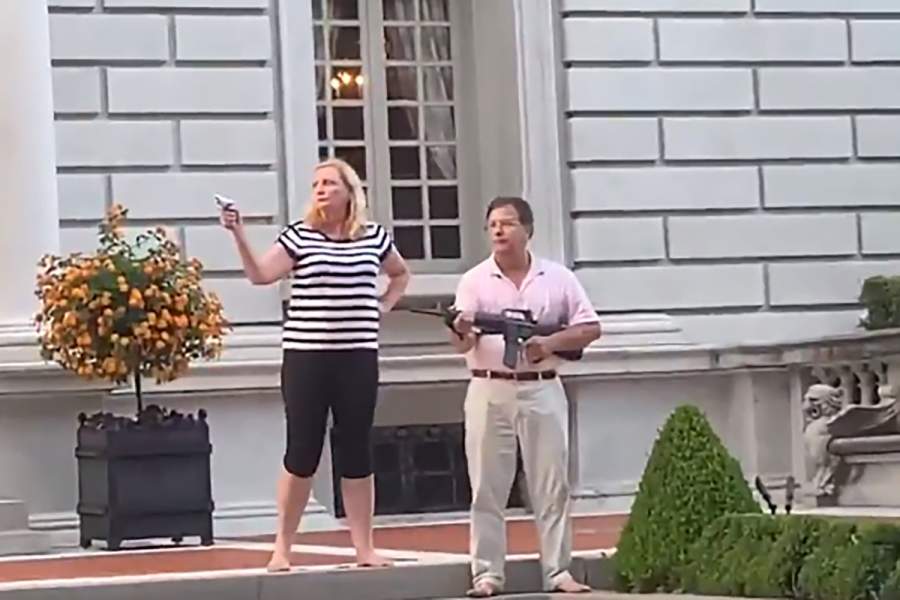 There’s an old expression we need to remember: “the canary in the coal mine.” Like many clichés or maxims, it loses force from repetition. I’ve used it myself in regard to anti-Semitism: any society that’s getting deeply sick seems to first go after its Jews. They’re always the first group to suffer from spasms of intolerant stupidity.

But they’re never the last. You might be next. That’s a practical reason to stand in solidarity with them, in case the moral reasons aren’t enough for you.

The concrete realities that inspire such “old sayings” get painted over again and again, like a New York City apartment. Soon thick layers of goop obscure and blunt its initial power. So let’s uncover the cage and face the canary.

If the Bird Dies, You’re Next

From 1911 till 1986, British miners carried little cages with canaries in them when they went down into the mines. This practice, suggested by a scientist, had a crucial, life or death purpose. These men were working in dark and dangerous conditions. They frequently ventured into tunnels where carbon monoxide overcame them. As you might remember, that killer gas is odorless, tasteless, colorless. The first sign that you’re breathing it is that you become very … sleepy. And by that point, you don’t have the breath or the energy to escape.

As Smithsonian reports, canaries need more oxygen than humans. So a canary in a cage will pass out or die before toxic gas has hit the level to kill off miners. They’d see him fall over, and know enough to flee. While it’s sad that sweet little birds died, this practice saved the lives of countless thousands of hard-working blue collar miners, first in Britain then round the world.

That makes things more vivid, doesn’t it? Imagine that you’re schlepping downward, downward, downward into the very bowels of the earth. Ten thousand pounds of rock and dirt stand between you and the open air. You have no equipment to test the very air that you’re breathing. Only this fragile little bird, chirping and singing, stands sentinel for your life.

And he falls over, dead.

If you were a thousand feet underground in labyrinthine tunnels, how would you feel?

Rioters: “We’re Going to Kill You and Your Dog!”

That’s exactly how we as Americans ought to feel right now, watching what’s happening to Mark and Patricia McCloskey. I wrote about these fellow citizens of ours before. They’re the St. Louis residents who defended their home against a mob of invading pro-Marxist “protesters.” Supporters of the leftist cult Black Lives Matter, these trespassers ripped off the iron gate on the McCloskey’s private street. They were marching on the mayor’s house, they claimed (which previous mobs had vandalized). So the McCloskeys showed the weapons which the Second Amendment and Missouri law guarantee their right to own.

And now the local district attorney, Kim Gardner — elected with the help of George Soros’ nationwide campaign to seize our justice system — is trying to put the McCloskeys in jail. Even worse, she has seized their weapons and publicly announced that. In effect, she declared open season on these citizens— whom leftist media have vilified for weeks. The Blaze reports on this, and the response from Missouri’s state attorney general, Eric Schmitt.

“Under Missouri law, under the Castle Doctrine, an individual has really expansive authority to protect their own lives, their home, and their property. I think the story here to watch here is the local prosecutor, Kim Gardner,” Schmitt said.

“Kim Gardner has an abysmal record in prosecuting violent crime, has recently released and been complicit in the release of dozens and dozens of inmates who have been charged with violent crimes, and has a record of making politically motivated decisions not based on the law,” he explained. “So, this is certainly something to watch.”

Watch this case very closely, my friends. If you don’t live in the reddest county in the reddest state, you might be next. No, you don’t own a historic, beautiful home, like the one the McCloskeys lovingly restored over 30 years. But maybe your church is beautiful, fragile, and old — which seem to be the qualities that attract looters and vandals. What if rioters attack your place of worship as they’re attacking Catholic statues and churches nationwide? What if you and your family are praying inside when that happens?

The Mob Will Replace the Police

What if the Democrats dissolve or cripple the police in your city, and a mob forms to loot your neighborhood? That mob won’t be random or leaderless. It will follow orders from the Marxist cadres who cooperate nationwide, targeting statues and shrines. But your mayor and governor have given it free rein, as they did in Minneapolis and Seattle.

Do you have the right to defend your life and limb? The home you built or restored, the church you support and hold sacred?

If the Democrats win in November and take the Senate and gut the Second Amendment, packing our courts, what happens then?

These are the fundamental, literally life or death, freedom or slavery issues we face today. And President Trump needs to run on them.

He needs to make a stand not just for law and order, but citizens’ basic rights going back centuries in the Anglo-American world. To do that, President Trump should send federal marshals or FBI agents to protect the McCloskeys from harm. They have targets on their backs, and tens of thousands of strangers who violently hate them. As Americans, they deserve to have their civil rights defended. Trump should make this election about the choice between ordered liberty on the one hand, and Marxist gangs of looters on the other.

If Trump won’t do that, their neighbors should, forming citizens militias to patrol their property, exercising their Second Amendment rights. That’s how our country was founded, and it might be how it gets saved.

The McCloskeys are trapped right now in a cage they didn’t make. Without protection, will they live till the November election? I really don’t know. Pray for them, and for our country’s survival after it.