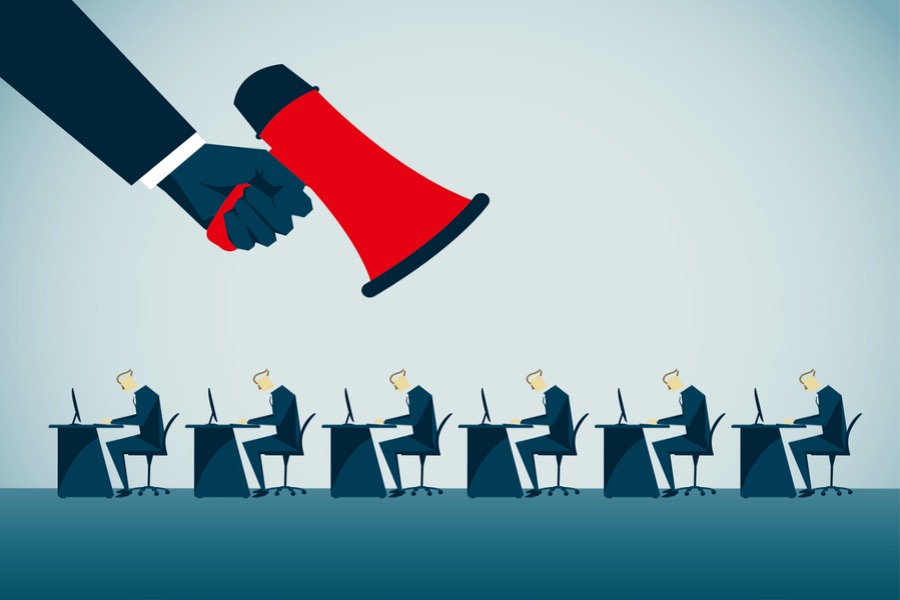 I’m usually not an alarmist or conspiracy theorist. I’m the kind of person who avoids going to the doctor for fear of bad news. But signs are multiplying like gold ingots in a vault at Gringott’s Bank. It has become impossible to ignore the pattern any longer: The Democratic Party is stealing our sovereign power. We the People seem to be witnessing a slow coup, now picking up speed toward a new totalitarianism.

Let me give several examples. You may know of others.

Roe v. Wade was about abortion, right? Well, yes, but it was also an infringement on democratic authority. Forty-seven years ago, laws written by peoples’ representatives in thirty states were abruptly struck down by seven judges who determined, or (let us be honest) pretended, that the “living” Constitution renders it illegal to write laws against most kinds of abortion before the third trimester. Whatever you think about abortion, this was a pilfering of raw power from the people and our representatives.

The principle was thus established that nine judges have the right to make laws or strike them down based on their own philosophies of life. That is why the appointment of Amy Coney Barrett has made feathers fly. The Left now perceives the Supreme Court as an oligarchy which can blast any democratic law to pieces. All it need do is whisper the magic words, sprinkle pixie dust on top, and pretend to believe them: “The Constitution mandates.” Democrats see Barrett as an evil sorcerer who will prevent that good magic.

But there is more than one way to skin a Republic. Joe Biden refuses to answer clearly if he plans to pack the court. He has condemned that move in the past. But the Democratic Party has changed since the days of FDR. Modern Democrats knock statues over in public parks, and they’re more than willing to take down time-honored pillars of American Democracy as well. They’ll make Supreme Court the sock puppet of whichever party is stronger. And who will that be? Need you ask?

I did not vote for Donald Trump last time, due to his vices. (I will this time.) But I eventually came to see the Russia Conspiracy and ensuing impeachment of the president as nothing but a common coup attempt. (Aside from its lethargic pace.) Did anyone really believe Trump was a Russian agent? Only in an Age of Witch-Hunting could 278 Congress critters affirm such drivel, to the rapturous cries of their voters. The same senators who voted to convict him will vote against confirming an obviously-qualified judge of sound character. This is no coincidence.

American citizens who are of age and have not committed felonies are eligible to vote in national and local elections. It is a crime for non-citizens to vote in the former. However, some Democratic states give drivers’ licenses to illegal immigrants, then mail ballots to them automatically.

Such politicians likewise promote “open borders” policies, sanctuary cities, and easy citizenship for those who come to America “unofficially.” What such measures share in common is that they dilute the power of the American people. Their core assumption, which are also the assumptions of Black Lives Matter, are that “Culture doesn’t matter. But western culture is evil.”

Handing Power to Mobs, Taking It from Peaceful Citizens

It was heartbreaking to watch Democratic politicians who for years have sounded the alarm at fake racial incidents (as I described in Letter to a Racist Nation), refuse to denounce violent riots that injured police officers and destroyed property in dozens of American cities. The Democratic and Socialist City Council of my hometown, Seattle, stood by and watched, even cheered, as mobs took over part of Capitol Hill, sprayed “Kill the Cops!” graffiti on walls, established a post-American “Autonomous Zone,” and terrorized locals. Our city officials voted to slap the police in the face and accede to the mobs, as did many Democratic mayors around the country.

It seems that a merger of philosophies, as well as of bank accounts, is well under way: from one older totalitarian country in Asia, to one the Democrats seem to be trying to create here.

Make no mistake. When you give power to gangs, you take it away from peaceful citizens. Mob violence undermines freedom: liberty to shop, drive down the road, dine out in peace, or in some cases, even leave your apartment.

The modern Democratic Party seemed to calculate that their mobs can serve as a wedge to push society leftwards. And it has worked. Power thus seeps out of the hands of law-abiding citizens into the hands of street bullies and the politicians and corporations that lend them cover.

In Debunking Howard Zinn, the historian Mary Grabar wrote that “Zinn is determined to knock (Abraham Lincoln) off his pedestal.” Zinn is the author of the heavily leftist, highly inaccurate, and inordinately influential People’s History of the United States. This summer, mobs inspired by Zinn’s neo-Marxist attacks on American history, protected by Democratic politicians, turned that metaphor into reality. When mobs in her hometown of Baltimore were tearing down icons of American history, Nancy Pelosi said, “I don’t care that much about the statues. People will do what they do.”

This, from the Speaker of the House of Representatives, the second most powerful person in America.

Those who trash American history rob us of our sense of who we are. How can America remain free, if we denigrate the people who won us that freedom?

That other great witch hunt called Cancel Culture reminds us that freedom requires protecting the future as well as our common past. As Plato recognized, education is the key to the future of a Republic. Over the past decades, American schools have been infiltrated by disciples of Zinn. His Marxist polemics, laced with historical errors and gross simplifications are now taught children across America.

Subbing in schools in Washington State, I found that students were being made to read another textbook called History Alive. This text is remarkable in two ways: (1) It praises Mohammed to the heavens for an entire chapter. (It never mentioning such crimes as war-mongering, enslaving, rape, assassination, or mass murder). (2) By contrast, Christianity is depicted as purely negative. The Gospel which in fact has transformed the world (here’s a list of 138 works which show this), is depicted as a religion of gloom and misery. Thus even our middle schools undermine the foundations of the civilization that created American democracy.

Our universities are worse. Some day I’ll tell how Liberal Arts and Social Sciences at the University of Washington, where Robin DiAngelo and I both studied in grad school, have turned into a woke madrassa. An eminent former professor of mine, an honorable man of the Left, admitted in his retirement speech that left-wing politics were tearing his whole field apart.

Democrats have gained an essential monopoly on public education in America, and the result is anti-American, anti-Christian propaganda. It often includes the purging of students and faculty who dare to oppose Critical Theory. Rioters destroy America’s past because their schools have taught them to despise it, thus undermining her future as well. Frederick Douglas and Martin Luther King, by contrast, called on Americans to live up to the best of our past, our heritage.

Cancel Culture now spreads Jacobin terror from campus to tech companies. In the last days of the 2020 campaign, Facebook, Twitter, and other tech giants flex their muscles by censoring the New York Post, satire site Babylon Bee, even administration officials — uniformly in favor of the Democrats, naturally. This, too, fits into a developing pattern of shameless thought-control, intolerance, and a repudiation of basic American freedoms.

The Democrats have inserted themselves at each step. They rationalize political violence. They promote Marxist propaganda. Democrats make “rights” up and insert them into the Constitution. They’e trying to overthrow elections, and they’re scapegoating the police who, like the military, protect our basic freedoms.

Returning from China as I have in the past year, I see more and more parallels between the bossy, controlling, anti-religious, spying, abortion-loving America-disparaging state capitalist party centered in Beijing, and the party that wishes to rule from Washington starting next January. China is of course the land where Joe Biden has apparently helped his son Hunter make so much money. It seems that a merger of philosophies, as well as of bank accounts, is well under way: from one older totalitarian country in Asia, to one the Democrats seem to be trying to create here.