Democrats Don’t Act Like People With Nothing to Hide 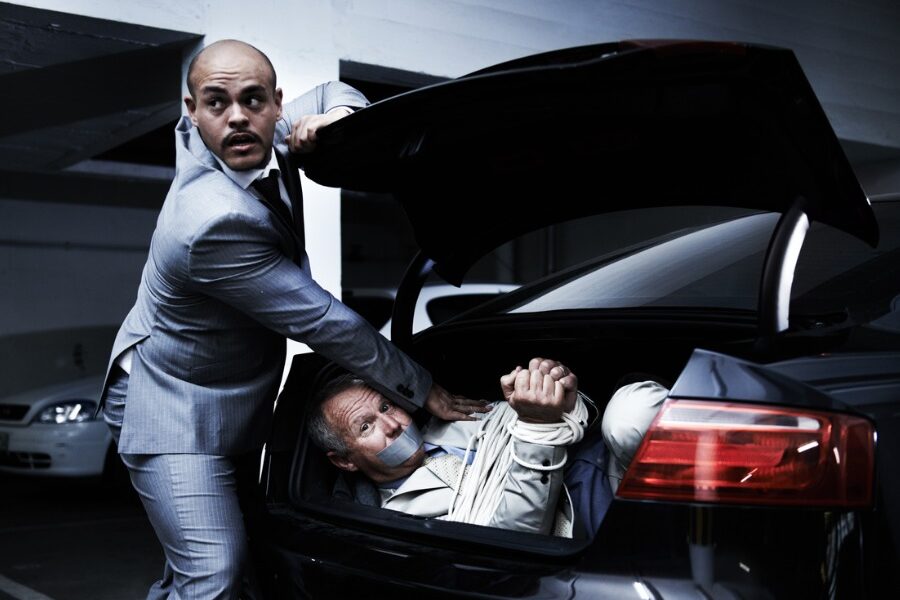 Speaking of presidential inaugurations … can I share with you what disappointed me about Trump’s swearing in, four LONG years ago? I’d really hoped that at some point during the ceremony, Barack Obama had stood up to speak, taking the mic in hand as sometimes he liked to do.

I wanted to hear him say, in his studied faux “urban” way: “My fellow Americans, there’s something I’ve wanted to share with you for eight long years. I think now’s at last the moment.” He’d pull out a piece of yellowed paper, a government document. “You see this? It’s my Kenyan birth certificate. Good luck sorting that out. Peace out!” Then he’d drop the microphone and saunter off stage, cackling to himself.

So he would never have been constitutionally eligible for election. Had he ever really been president? American lawyers would have billed tens of millions of hours figuring out whether or not the laws he’d signed, the Supreme Court appointees he’d picked, were in fact legitimate. Or would we need an eight-year “do-over”? That part would have been fun.

The reason I can joke about the “birther” business is that it was never serious. Hillary Clinton’s team had disseminated or concocted it during the primaries, and a few Republicans grabbed it. But the Democrats never saw it as a serious threat, for lack of evidence. Most Republicans treated it as a ridiculous distraction. (Trump, by contrast, talked it up — primarily I think as a cynical way to attract a following. It worked.) So while a few race-hustlers tried to cast it as “racist” (in which case Hillary’s team was racist), most people dismissed it. I used to joke about it, precisely because I knew it wasn’t real.

So did Obama himself. He laughed the “birther” story off because he considered it baseless. He took office in 2009 without a shadow of genuine doubt over his legitimacy. Yes, a lot of us felt like he was un-American, but not because of his race or his (rumored) birthplace. We felt that way because his politics were rooted in post-colonial Marxist resentment. Because his long-time spiritual mentor (who performed his wedding and baptized his children) had said “God DAMN America!” (Here’s newly “elected” senator Raphael Warnock of Georgia praising that Jeremiah Wright speech.) And because he promised to “fundamentally transform” America. Which we didn’t think needed a sex change, as he did.

Birtherism was a falsehood. But it encapsulated politics which were all too real. We saw them arise again in the attack on our nation’s public monuments, and the deadly 2020 riots Democrats (almost to a man) excused or endorsed.

You know what Obama didn’t do in 2009? What no Democrats did? There follows a list of measures the Democrats didn’t take in the build-up to Obama’s inauguration:

If the Democrats and their allies had done all those things and more, you know what we might have concluded? That there really was something to “Birthergate.” Why else were the Dems acting like a bunch of twitchy Mafiosi, shredding documents and running in circles at the first sight of Rudy Giuliani? That’s not how innocent people and organizations act.

So why are leftist elites so panicked about election 2020? Why are they treating the breach of the U.S. Capitol like the 1933 Reichstag Fire, and effectively trying to crush any opposition and suspend the Constitution?

The Democrats in 2008 didn’t try to block any legal scrutiny over Obama’s place of birth, then to disbar the lawyers who’d sued them. They didn’t use all their power to “cancel” and personally destroy those who spread the claim that Obama was born in Kenya. They simply provided what documents they had, and shrugged, with apparently clean consciences, at further doubts. From that fact alone, more than anything else, I personally came to believe them.

We Didn’t Cheat, and We’ll Do It Again

That’s not how they’re acting now. The way Democrats (and weak-kneed NeverTrump surrender monkeys) have behaved since the 2020 vote tells a very different story. What it tells me, most crucially, is this: The Democrats cheated, know they cheated, and by it gained one-party rule in America.

Our elites, including the media, know this too. But they’re glad it happened. Anything, anything, to kick Orange Man to the curb. And to silence the Deplorable half of the country that supports him. AND to put everyone on notice that The Hive will never tolerate a serious threat to its power again.

The Democrats fully intend to cheat again next time — two years from now in Congress, then four years from now for the White House. And they want to pre-emptively cow and silence anyone who dares to question their cheating. (“Nice Ivy League degree you got there. Be a real shame if something happened to it.”)

For decades Democrats dismissed any efforts at ballot security as evidence of “racism.” Now they can also call it “dangerous,” an “incitement to riot.” Some even will dare call it “treason.”

If following the procedures in the Constitution for validating elections be treason, then let’s make the most of it.

Gingrich: A Profile in Courage

Former House Speaker Newt Gingrich certainly is. He’s not backing down under The Hive’s concerted pressure. Go read his latest at The Washington Times. The key takeaway is here:

Officials in virtually every swing state broke their states’ own laws to send out millions of ballots or ballot applications to every registered voter. It was all clearly documented in the Texas lawsuit, which was declined by the U.S. Supreme Court based on Texas’ procedural standing — not the merits of the case. That’s the election.

In addition, it’s clear that virtually every swing state essentially suspended normal requirements for verifying absentee ballots. Rejection rates were an order of magnitude lower than in a normal year. In Georgia, rejection rates dropped from 6.5% in 2016 to 0.2% in 2020. In Pennsylvania, it went from 1% in 2016 to .003% in 2020. Nevada fell from 1.6% to .75%. There is no plausible explanation other than that they were counting a huge number of ballots — disproportionately for Mr. Biden — that normally would not have passed muster. That’s the election.

So by all means enjoy the mock-inauguration of a corrupt, senile hack as the fruit of ballot-box stuffing and fake COVID panic. But remember that now we all live in a tinpot Bananas Republic. And a disciplined, fanatically nationalist, resurgent Red China is smiling. The virus it shipped worldwide succeeded beyond its leaders’ wildest expectations.

Is It a ‘Frivolous Effort to Disenfranchise Millions,’ or Do They Need a Remedial English Lesson?