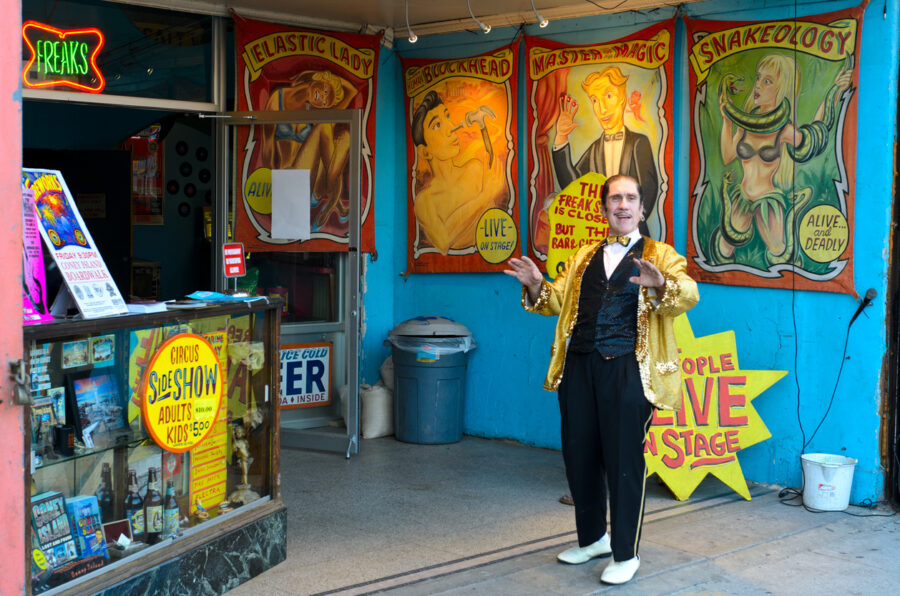 In the past, responding to David French’s attacks on conservative and populist Christians, I may have been injudicious. I strive for absolute fairness as a writer, so I’m happy to take correction and learn when to sharpen my pencil. Some readers disagreed that David was best described as a “Vichy French” collaborator with totalitarian oligarchs. So I tried again, and recast him, this time as the blackballing Rush Chairperson of the national sorority Beta Dogma Stigma.

Again, I heard suggestions that I hadn’t quite hit the mark. Half said I’d been too harsh, and half that I was letting David off entirely too easy. I’m tempted to drop the subject. Like fellow never-Trumper Rod Dreher, French has devotees who will nod piously as he savages fellow believers, then erupt in paternalist dudgeon when he gets back a dollop of his own medicine. There’s some that will dish it out, but not all of them can take it.

But I will try again, if only because French keeps sniping at my old friend Eric Metaxas — who has displayed more civic courage in self-forgetful witness than almost anyone I know. And perhaps more decisively, I’ve found a new metaphor which I’d like to try out on everyone. I think it fits French even better.

You see, I used to find French’s arguments and rhetoric almost incomprehensible. Here was someone who thought Christians should turn away from Donald Trump in disgust because of his long-ago locker room talk. But we shouldn’t hold against George W. Bush the genocide of Christians in Iraq, which he could have prevented but wouldn’t.

We should react to Trump’s mean Tweets like Scarlet O’Hara finding a horsefly in her mint julep. But we ought to listen respectfully to years of obvious slander on made-up “Russian collusion.” Now that we know with forensic certainty that Trump was the victim of Clinton-funded false witness, will French apologize for recklessly repeating it? He’d sooner gnaw off a limb.

We should damn Trump as a “liar” for indulging in native New Yawka hyperbole. But we ought not to take offense when George W. Bush smirks and sneers about the imaginary WMDs he used to whip us up into a war.

What confused me about French was why he would think that rational Christians would respond to any of this. And indeed, few of them did. French has drifted inexorably away from any influential medium, leaving the sinking Weekly Standard and rudderless National Review, for leftist-funded niche newsletters like The Bulwark and now The Dispatch.

But nothing chastens French, and thanks to his latest column I’ve figured out why. His audience isn’t Christians worried about the loss of American freedoms and the advance of the Culture of Death. Instead, French sells his tickets to a gallery of secular liberals who fear and loathe orthodox Christians. He stokes their fears and tickles their morbid curiosity, like a carnival barker promoting a freak show on a boardwalk.

“Step right up and see the dreaded ‘Christian Nationalist.’ He walks and talks like a genuine human being. But wait! Dilute his votes with harvested ballots from dead people, and watch him roar like a jungle savage! Don’t be afraid, good people. Well-armed Capitol Police Officers are on hand to shoot him dead if need be.”

“This Show Is Not for the Faint of Heart”

In his latest column, French exhibits Christians with doubts about the honesty of the 2020 election like bearded ladies and blood-drinking geeks. He harrumphs that the Christians who care about the mistreatment of January 6 protestors, or threats to election integrity, are those “most removed from elite American culture, including from elite Evangelicalism.” (Who grants such VIP status, by the way? Do we judge it by which one gets the most funding from George Soros or something?) French sniffs that most of the creatures he finds such unsavory cranks are probably charismatics, anyway.

I find it grimly ironic that David French promoted an actual foreign war, which cost tens of thousands of lives, based on faked intel and lies. But now he finds himself shocked, shocked that frustrated Christians whose courts won’t hear election cases on their merits sometimes lapse into the language of the Minutemen and our Founders.

In the past, French denounced Kyle Rittenhouse as foolish and reckless for carrying a rifle in the town next door to his own during a riot. You know, instead of wielding it in Iraq to install Ahmed Chalabi, like other 17-year-olds who might have hearkened to French’s agitprop.

Beware the Emotional and Spiritual

French warns that while pro-Trump Christians present long lists of perfectly rational reasons why they made their political choices, in fact those do not matter. These people, he breathlessly tells the secularists on the boardwalk, are “emotional and spiritual,” and their political beliefs are “rooted in purported prophecies.”

Now I’m no charismatic. The only tongue in which I’ll speak is ecclesiastical Latin. As I’ve told Eric Metaxas, I’m almost a Cessationist, unless a purported miracle can be linked to the bones of a bona fides, canonized saint.

And I have personally debated David French, in real time, in the pages of The New York Times. He barely responded to my dry, cerebral arguments grounded in history or theology. Instead, he prophesied doom should Trump be elected. He warned of spiritual consequences, and pushed emotional buttons.

The Threat to the Gospel Posed by the Cooties

But the passions David French trades in aren’t pious fear for a beloved country, or righteous anger at fraud and unjust imprisonment. They are, instead, contamination phobia and scorn.

If only French had the candor to put his motivations into words, he would simply tell us, “Trump … has the Cooties! And so do you!” Then he’d dash off and hide under the fainting couch again.