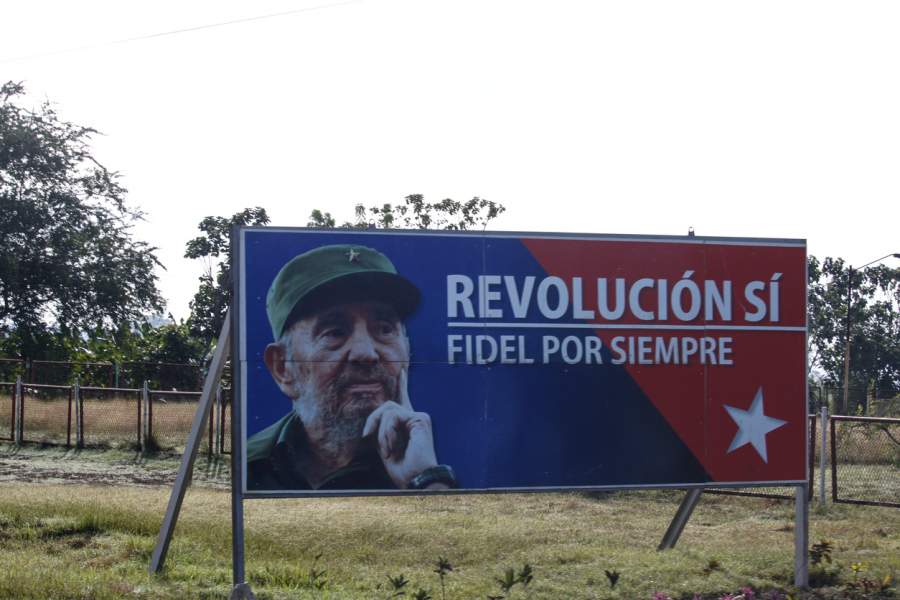 Joe Biden got the memo. At first I saw pre-emptive administration takes on social media (since scrubbed, I guess) blaming the anti-Communist riots in Cuba on the “effects of climate change.” Then the State Department responded by warning the protestors against catching COVID.

Given how the Democrats cracked down on citizen demonstrations on January 6 (lock ‘em up, throw ’em in solitary, re-educate ’em with Marxist books), I’d expected something appalling. I’m surprised that the Capitol Police aren’t down there right now, helping keep Castro’s old regime in power. Maybe shooting unarmed demonstrators if they enter the wrong government corridor.

I can’t keep track any more: How is it not “white supremacist” for dark-skinned Cubans to oppose Marxism in Havana? When black parents oppose it in Virginia schools they are “white-identified minorities” complicit in “systemic racism.” What gives?

I know what happened, actually. Or at least I can imagine it.

At first Biden listened to Kamala, who reminded him that Cuba was very supportive of Rev. Jim Jones’ great experiment in Critical Race Theory. (Harris was, like Jones, mentored by the great Mayor Willie Brown.) She told him that the Cuban regime is progressive, and the protestors were “racists.” So Joe was ready to go with that. The only Cuban whose name he can still remember is “Ricky Ricardo,” which just leaves him confused.

But then one of the few level heads in the White House overheard the conversation. Okay, it was Jill. She got between the president and his vice, and gently but firmly whispered into Joe’s ear a single word. “Florida,” she said between gritted teeth.

“Are we finally going to Florida? I get to retire? Oh boy!” said Joe, with a look of vast relief on his face. “I want some mojitos.”

“No,” Jill said in the tone you use when house-training a puppy. “It’s a big state. Electoral college. You need it to get re-elected.”

At the “r-word” Joe just slumped his shoulders. He looked up at Jill for reprieve, but her unyielding face offered nothing. “There are a lot of Cubans in Florida. They don’t like that government.”

“Anti-government nutjobs?” Joe asked, looking alarmed. “Are they here again? Why’d we take down our fence?”

“Anti-Castro nutjobs,” Jill corrected him. “And lots of them live here, for some reason. But we need their votes. In 2024.”

Joe sank down into his chair. “So what do I need to say?”

And that, boys and girls, is how the White House came down against a Marxist regime. Just not the one in China. Or on your local school board.

Just thinking about how an administration pushing Marxism into every nook and cranny of American life fielded this Cuban curveball inspired me to … poetry. The narrow, paranoid worldview of Biden’s Woke supporters doesn’t leave much room for nuance. Like tigers caged in some cruel, old-fashioned zoo, they pace intensely around in a very tight, angry circle. Which dictates my choice of verse-form: the suffocatingly restrictive “villanelle.”

Short but repetitive, the villanelle forces the writer to use the same words again and again, in a kind of brain-washing drumbeat. That fits 2021, of course. As Facebook and the FBI collude to get friends and family members to report their “extremist” kin, Americans gag and cough on ideological messaging in movies and ads.

The witty band “They Might Be Giants” wrote a song depicting (and mocking) the villanelle’s grim repetitions and restrictions. (Again, very 2021.)

So I thought I’d write a villanelle fitting for our cultural moment — when dissidents in Cuba face better odds of freedom than Trump supporters in DC jails.

Climate change, COVID, and racism
Explain every world event.
We’ll teach you to see through this prism.

You might think we’re building a prison.
Or that our perspective is bent.
Climate change, COVID, and racism

Have lured you into their system
And secretly cause your dissent.
We’ll teach you to see through this prism.

Let it be that news story or this one.
All it means is we must prevent
Climate change, COVID, and racism.

We diagnose with precision
Each conundrum we’re sent.
We’ll teach you to see through this prism.

Climate change, COVID, and racism:
We’ll teach you to see through this prism.