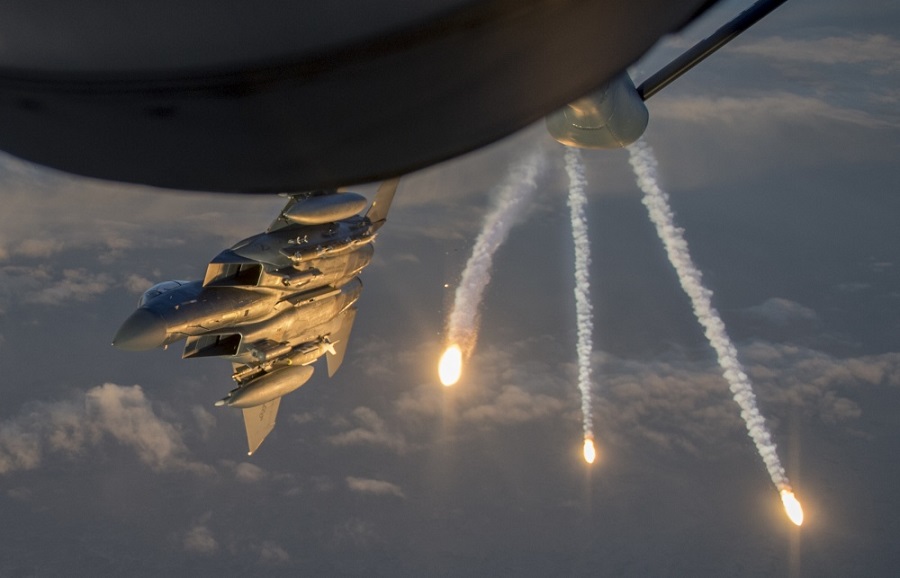 The election of Joe Biden was perfectly honest, transparent and legitimate. That’s why it’s so important that nobody look at the ballots, re-examine the signatures, or question how they were counted. And the Supreme Court knew that Texas’ lawsuit about the election was completely devoid of merit. So meritless that seven justices judged it dangerous even to read it and consider it. They knew it must be dismissed on fake technicalities, then carried to the biohazard containment unit by workers in hazmat suits. Because that’s how groundless arguments need to be treated.

For the very reason that there’s nothing to hide, those who try to look must be demonized and punished, deplatformed and disbarred. There’s nothing to the theory that the left colluded with billion-dollar corporations and Woke media to brainwash voters, bury crucial facts, and steal the White House. It’s crackpot insanity. And that is why anybody who says otherwise needs to be silenced, bankrupted, or locked up in solitary confinement for months. Because the truth is so fragile, you see. It must be accompanied by a bodyguard of storm troopers and snitches.

You Are Dangerous Haters Who Shouldn’t Have Pointy Objects

The great mass of Americans are such irrational hotheads with such a tenuous grasp on reality that elites need to manage them carefully. Keep them on a steady morphine drip of Pride Month happy talk. Rouse them periodically for Two Minutes Hate against whites, and take away their weapons. Better yet, pummel learned helplessness into their Deplorable, mulleted heads by threatening to use their own military against them. That’s what Joe Biden did recently, echoing his fellow Chinese intelligence asset Rep. Eric Swalwell. (Maybe they have the same handler over in Beijing. China knows the value of keeping the citizens helpless against their rulers.)

President Joe Biden joked that people who think they needed guns to take on the US government would actually need nuclear weapons.

In a speech on Wednesday that outlined his plan to combat gun violence, Biden said, “If you wanted or if you think you need to have weapons to take on the government, you need F-15s and maybe some nuclear weapons.”

You Want One Vast Afghanistan? We Can Do That.

My favorite response to this quip came in the form of a Tweet. It quoted Biden alongside a picture of a smiling Viet Cong soldier. They might just as well have used an Afghan fighter of the Taliban. Those two groups showed America just how useless massive terror weapons are. At least when you’re trying to pacify and rule a people who don’t want to be ruled. Do the Democrats want to see an Afghanistan reaching from Seattle down to Miami? That’s what they’re going to get if they try to tyrannize Americans.

The US founders intended an armed citizenry as the last backstop against the tyranny of corrupt, foreign-owned oligarchs like Biden. But he has embraced the radical theories of those who hate us and our history. Our founders knew that the greatest military force yet in history, the British Empire’s, proved powerless against millions of free, armed citizens.

Would a Woke army, purged of “extremist” Christians but stuffed with trannies and Karens, really be up to the task? Could it conquer cities like Dallas block-by-block, while its F-15s whizzed overhead uselessly? These people can’t even keep order in their broken-down blue city dystopias like Portland.

Brainwashing the Political Prisoners in D.C.

Maybe I ought to calm down, take the nice meds the media offer us, and forget about archaic ideas like “freedom,” “biology,” “God,” and “property.” It would help if I could check in for few months of political re-education at taxpayer expense. That’s what peaceful protestors of the stolen 2020 election are enduring right now.

Read Julie Kelly over at the indispensable American Greatness. Patriots charged with various shades of treason for taking selfies in the People’s House (Congress) find that their only way out of solitary confinement is … struggle sessions and brainwashing. Set up by … the lawyers allegedly defending them.

Anna Morgan-Lloyd [is] one of the more than 500 Americans arrested for her involvement in the events at the U.S. Capitol on January 6. The 49-year-old grandmother of five from southern Indiana was charged with four counts of trespassing and disorderly conduct even though she walked through an open door and was inside the building for about five minutes. She was ratted out to the FBI by a county worker who saw her January 6 posts on Facebook.

On Wednesday, Lloyd, who has a clean criminal record, pleaded guilty to one count of “parading, demonstrating, or picketing in a Capitol building”—but not before she consented to undergo a reeducation exercise at the urging of her court-appointed lawyer. (Like many January 6 defendants, Lloyd does not have the means to hire a private attorney.)

Heather Shaner, a D.C.-based criminal defense attorney representing a handful of January 6 protesters, does not share the political beliefs of her Capitol clients, which is why she’s forcing them to read books and watch movies highlighting dark chapters in U.S. history.

In an interview with Huffington Post, Shaner explained her belief that “this is the most wonderful country in the world, it’s been great for all kinds of immigrant groups, except for the fact that it was born of genocide of the Native Americans and the enslavement of people.”

Shaner’s legal captives are learning the hard way what the government will do when one resists their commands to comply. Not only have their personal lives been shattered, finances depleted, and reputations destroyed by an abusive Justice Department investigation, Shaner’s clients must be indoctrinated with leftist propaganda about America’s alleged systemic racism.

“I have had many political and ethical discussions with Anna Lloyd,” Shaner wrote in her motion agreeing to the plea and probation for Lloyd. “I tendered a booklist to her. She has read Bury My Heart at Wounded Knee, Just Mercy, and Schindler’s List to educate herself about ‘government policy’ toward Native Americans, African Americans and European Jews. We have discussed the books and also about the responsibility of an individual when confronting ‘wrong.’”

You Deserve to Get Punched

Protest election fraud in America, and you clearly need to learn about the Holocaust. Your own lawyer should be subjecting you to moral retraining, as if you were a war criminal. Because opposing the left makes you a “racist,” which is equal to being a Nazi, which means you deserve to get punched. Or locked up in solitary. Or bombed with your own government’s nukes, or strafed by its F-15s.

But remember folks, we’re the extremists.