Can Trump Be Reelected Without Divine Intervention? 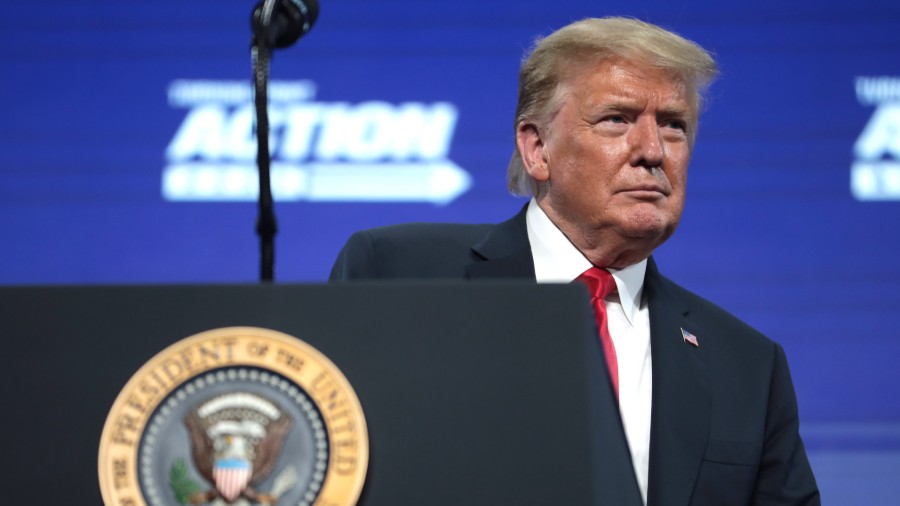 Things are not looking good right now for President Trump. He is trailing Joe Biden in the polls by double digits. He is losing ground in states he won in 2016. And there are a host of seemingly insurmountable obstacles standing against him. Can he win again in 2020 without divine intervention?

Thinking back to 2016, things also looked dire for Donald Trump, right up to election day. There was no way he was going to win.

Remember the Shock When Trump Won?

In his book The Case for Trump, history professor Victor David Hanson notes that, “Respected polls such as the Princeton Election Consortium on election eve put Trump’s chances of victory at 1 percent. In the last twenty-four hours of the campaign, the New York Times, tracking various pollsters models, concluded to its reassured readers that Trump’s chances of winning in such surveys were respectively 15 percent, 8 percent, 2 percent, and less than 1 percent.”

Now, in the summer of 2020, it appears that Trump’s reelection might also require divine intervention.

I saw no other viable explanation, especially given the fact there had been a number of Christian prophecies over a period of years predicting this very thing.

Of course, that doesn’t mean God endorses everything Trump says or does. It simply means that there seemed to be unusual divine intervention in Trump’s election, for better or for worse.

Now, in the summer of 2020, it appears that Trump’s reelection might also require divine intervention.

Not only has Trump been attacked incessantly by the leftwing media for the last four years, but some of his stalwart supporters of the past do not seem to be on his side, including the super-influential Drudge Report (see here and here and here.) Ann Coulter has been another defector, while even Fox News has incurred the president’s wrath.

Can Trump still win without all these former allies in his corner?

The president has also been subject to massive criticism for his handling of the COVID-19 pandemic, with the death toll now over 130,000 and no end in sight. Not only so, but the previously booming economy, which was Trump’s strongest hope for reelection, has been severely undercut by the shutdown.

Another byproduct of the virus is that it’s much harder for Trump to ignite his base with big rallies in city after city. How can Trump possibly win without these? It’s as if his hands are partially tied.

This has also played well into Joe Biden’s hands, since Biden has not been exposed to the rigors of a grinding campaign nor has he been tested by live events and debates. Any decline in his cognitive abilities has been relatively hidden from public sight. This, too, works against Trump.

There is even the recent announcement that Kanye West, an influential Trump supporter, will run for president, drawing immediate support from Elon Musk, another major Trump supporter. (Between them, they have more than 65 million Twitter followers.)

If West is serious, this could also draw Black votes away from Trump (although the same could happen with Biden’s Black supporters), since he is such an iconic figure.

There are also the frequent Trump failings, including his bizarre statements and needless attacks, causing some of his loyal supporters to shake their heads. And should I mention the many bestselling, anti-Trump books, including the latest bombshell from John Bolton?

All in all, Trump will have to navigate a very difficult path to reelection, and at this moment in time, without divine intervention from the Lord for His sovereign purposes, his chances do not look good.

But what if God does have a special plan? What if this is yet another setup to underscore the impossibility of Trump’s presidency by natural means alone?

In my new book Evangelicals at the Crossroads: Will We Pass the Trump Test?, I devote an entire chapter to the question, “Did God uniquely raise up Donald Trump?”

In the chapter, I state the case against divine intervention, offering naturalistic explanations or even noting that, according to some, any president is divinely chosen by God. I then lay out the case for divine intervention, explaining the meaning of the King Cyrus parallel, which means something different than many think. (I’ll cover the Cyrus question in another article.)

In the end, I believe a good case can be made for sovereign intervention in Trump’s 2016 election, as I explain in the book. (Again, this doesn’t vindicate everything Trump does; it simply underscores a divine purpose. If anyone can play “4D Chess” — or 4,000D Chess — it is the Lord!)

Some of my Never Trump friends have seriously differed with me, offering other explanations for his victory and saying, “There’s no way God specially raised up Trump!”

Now, however, they have said, “If Trump wins this time around, then you will have my attention.”

Again, even if there was or will be unique sovereign intervention on behalf of Trump, some would argue that God did this to judge America rather than bless America. That’s another subject entirely.

This article simply paints a picture of how bleak things look as of early July, 2020, with the November elections still four months way.

To repeat: we shall see!

This is the first of a series of articles on Trump, evangelicals, and the 2020 elections written in conjunction with the release of my new book, Evangelicals at the Crossroads: Will We Pass the Trump Test?

Pastor John Piper and the 2020 Elections: A Respectful Response

Christ, Not Trump, is the Solid Rock on Which We Stand