Calling the President ‘Irresponsible,’ the Media Are Piling Up Fuel for a Nationwide Inferno 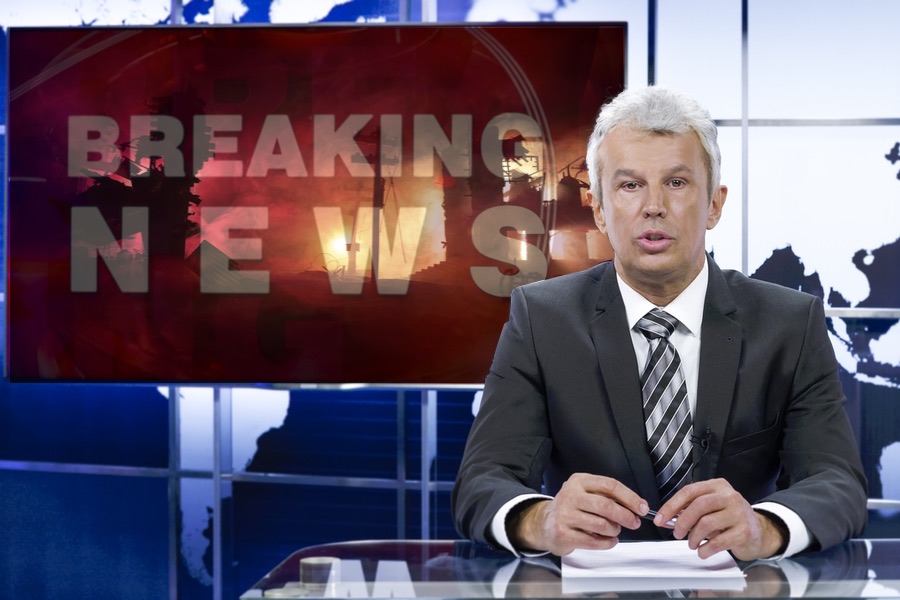 Joe Biden says Donald Trump is “one of the most irresponsible presidents” in U.S. history. You expect that from a politician. You don’t expect responsible news media to echo him. But CNN says Trump is trying to “subvert” the election’s outcome. Lester Holt said something equally damning on NBC news earlier this week. (I didn’t catch the exact wording.)

Biden also says “incredibly damaging messages are being sent to the rest of the world about how democracy functions.” France’s foreign minister agrees. This is incredible. Unfathomable! Donald Trump and his legal team are probing what appear to be widespread election irregularities. How is that irresponsible? Are we supposed to ignore signs of potential fraud? Is that how we show the world the way democracy is meant to function?

What Am I Missing Here?

The media have got to pursue the truth. I’ve been beating this drum for a while, and I’m not about to stop. I keep asking myself, “What am I missing here? Why the incessant partisan reporting?” Opinion columns are one thing; where’s the straight news, though?

I know how happy they’d be to answer: “There’s nothing to these cases. Trump is losing his challenges right and left: 23 of 36 cases denied, dismissed, settled, or withdrawn, as of Monday.”

That’s just fog, though, nothing more. As of Monday, Trump lawyer Jenna Ellis told Newsmax their legal team had filed exactly three cases. They’ve been taking their time, gathering evidence, getting it right. Other plaintiffs have lost early, quick cases. That doesn’t mean that more carefully prepared cases will likewise fail. Many of those early losses were procedural, anyway: dismissals for lack of standing, not for lack of evidence. Trump’s team has lost one, as far as I know, but they don’t decide baseball games in the first inning, they don’t decide football games in the first quarter, and they don’t decide a long list of court cases based on the first one’s outcome.

So I still ask myself, “What am I missing? Could it be that Trump’s team really has no evidence?” Anyone can see the statistical markers, though. And when Trump’s lawyers say they have hundreds of affidavits, I have to believe they have hundreds of affidavits. So for all the shouting and hollering, “There’s no evidence!” I just can’t credit the claim. Evidence is evidence.

Could it be, then, that the news media have analyzed that evidence and found it lacking? I laugh. They’re too busy telling us there isn’t any. Even if they had done that, they know it’s utterly irresponsible to call a case before it’s been heard in court. “Innocent until proven guilty” is standard for criminal court, but something like it certainly applies in civil cases. A case as crucial as this one should never be tried and settled in the media.

The match is there, ready to be struck. If Trump wins in court, it will flare into a hot, angry flame. The nationwide conflagration will follow.

But excuse me. They haven’t tried any case. They’ve spit on it, kicked it, punched it, pommeled it, and done their best to leave it dying on the side of the highway. All that, without ever bothering to hear the case.

So what am I missing? Nothing, actually. It’s obvious what’s going on here, just another round of the same game as always. The media are in Democrats’ pocket. Biden’s motivations are obvious enough, and the media share it. Except he’s a politician, and they’re journalists, or at least they dress up and try to look like journalists.

“Historic Irresponsibility” — Yes, But Who?

So while they shout Trump’s historic “irresponsibility,” by playing his game his way, they’re committing historic levels of irresponsibility themselves. What they’re doing is wrong. It violates every journalistic standard. There’s no investigating, there’s no neutrality, there’s no withholding judgment over pending litigation. There’s nothing but cheerleading for their “president-elect” Joe Biden.

Really, though, “irresponsible” is much too light a word for it. It’s ethically criminal, if not legally so. By wrongly pronouncing on Trump’s court cases before they’ve been heard, even before they’ve done their journalistic duty and read the evidence themselves, they’re placing matchsticks under not just one, but two gasoline-soaked stacks of firewood.

The first fire is burning already: They’re subverting democracy by insisting the nation ignore real evidence of potential voter fraud. If they intend to do that every time allegations like that arise, then open, fair elections are a thing of the past here. The match is lit, the fire is raging, democracy is dead.

Everyone knows that’s not what they’re doing, though. Instead, they’re following a “principle” of reporting strictly what favors progressives. That’s how they treated the news during the campaign, so why expect anything different after? But there’s hope in that case. Democracy isn’t quite dead after all. Other news outlets are still there, doing their best to douse the killing flames by delivering news the mainstream media won’t.

The Moral Responsibility They May Yet Bear

The second potential fire isn’t burning yet, but it surely will — and not as any mere figure of speech — if enough courts decide for Trump. Leading Democrats would be disgraced. Some may face criminal charges for conspiring to steal a presidential election. And if these alleged Democrat crimes are proved, half the nation will think it was Republicans who committed them, and cities will burn. Homes and businesses will be destroyed. People will die.

And while the media won’t have broken any laws, they’ll be morally responsible, right along with the rioters. They’re creating the perfect conditions for the nation to erupt in deadly anger. Every premature conclusion piles the fuel higher. Every sneer at the president’s pursuit of this case pours on more gasoline. The match is there, ready to be struck. If Trump wins in court, it will flare into a hot, angry flame. The nationwide conflagration will follow.

That’s the risk the media are taking. Have they done their own investigation of the evidence? Are they so sure of their position, they believe there’s absolutely no possibility they could be wrong? And if they have no grounds of their own for being that certain, do they not realize it’s possible they could be fueling these horrific fires? Given the stakes, why don’t they just do some real investigations, some real journalism instead?

And yet they call Trump irresponsible. What am I missing here? Not much, actually; anyone can see what’s going on. I’m only missing newsmen like Edward R. Murrow and Walter Cronkite, who knew their job was to report news, not to fuel unwarranted anger. Not to threaten democracy, either. And definitely not to pile up gasoline-soaked fuel for nationwide infernos.