How You Can (Almost) Understand and Answer the Very Strange Claim, ‘There’s No Evidence of Fraud’ 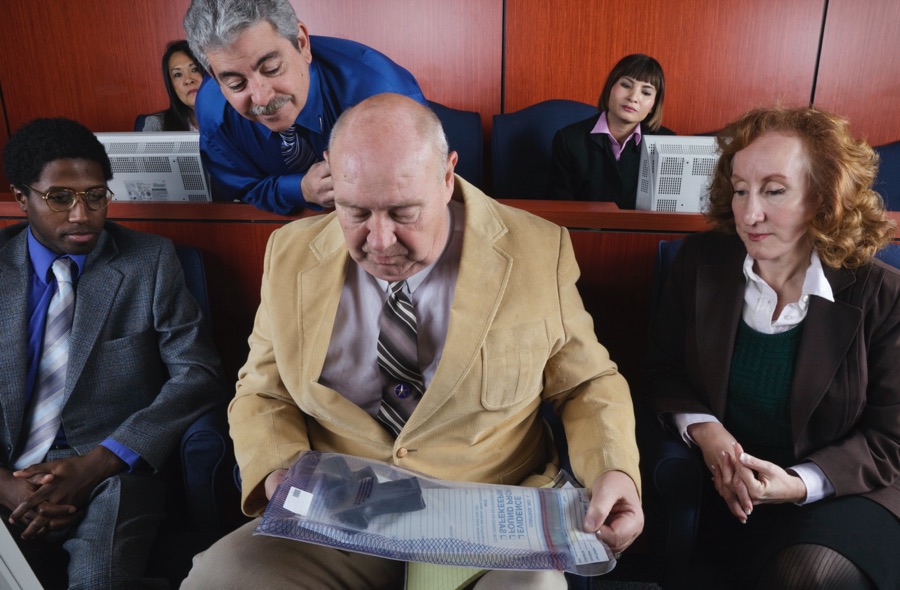 You’ve heard it, right? “What are you Republicans even talking about? There’s no evidence of voter fraud.” And you shake your head, dumbfounded. Of course there’s evidence. Still they deny it, as Vanessa Taylor just did in mic.com, to name a recent example. But how? It’s such a strange claim. How can they make it?

Easy. Some who say this are undoubtedly lying. Some parrot the line mindlessly. More often, though, I suspect it’s just old-fashioned denial, manifesting in a strange block in their understanding of what the word “evidence” means. I’ve seen it before. Time after time, actually. The same strange mental block appears in atheists who say there’s no evidence for God. 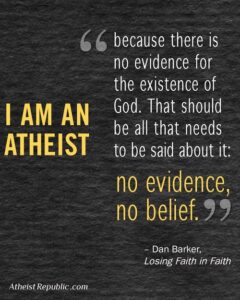 (Dan Barker is co-president of the Freedom from Religion Foundation)

Let me illustrate from that long experience with atheists. Not all atheists do this, mind you; but when they do, I’ll ask them questions about Christian evidences. And they’ll answer something like you see here:

You see what’s going on, right? They’ve got a special definition for “evidence.” It goes like this: If they can offer some other explanation — any explanation at all — then what you’ve got isn’t evidence. If they can laugh it off, it’s not evidence. It’s not “evidence” for them unless it’s full-on proof — proof good enough to persuade the most resistant skeptic.

This is exactly what anti-Trump people are doing when they say, “No evidence for fraud.” It’s not that they haven’t heard the evidence, it’s that they won’t call it evidence until it’s proof.

And it really is a dance. They don’t use the same definition everywhere, I’m sure. This kind of scene would never play out in real life:

Atheist dad sees cookie crumbs on the counter. “You’ve been in the cookie jar, haven’t you?” he demands of his ten-year-old. The boy, who’s learned to take after Dad in ways Dad never intended, says, “What? I have no idea what you’re talking about. There’s not a bit of evidence here!”

Dad points at the crumbs. “Oh, that,” says the boy. “You know, Mom could have left it that way before she went out this afternoon. So like I said, those crumbs aren’t evidence of anything!” And atheist Dad says, “Oh, I’m sorry, you’re right. I don’t see any evidence here at all.”

It’s not “evidence” for them unless it’s full-on proof — proof good enough to persuade the most resistant skeptic.

Dancing Only When Their Interests Are Really at Stake

That’s how atheists can reach their conclusion, “no evidence for God.” (Again I emphasize, this is not every atheist. Just some of them.) It’s how Vanessa Taylor can tell us so emphatically, “In fact, a team of 28 international election observers said they found no evidence of voter fraud in the 2020 election.”

The Judge Is Laughing in Chambers

But how then do you answer when someone tells you there’s “no evidence for fraud”? If you’re of a certain frame of mind, you could start with a more technical definition for evidence. (It’s okay, it’s not as complicated as it looks.)

Any fact, finding, artifact, etc. E is evidence for some potential conclusion C, if knowing E to be true should lead some reasonable person S to consider C more likely to be true.

Where did “S” come from, you ask? That’s just the usual abbreviation. (It stands for “Subject” Not that it matters much.) Let me illustrate and the rest will come clear.

They only make that mistake in their anti-theology (on the one hand) or their anti-Trump politics (on the other). It’s still the same mistake, though.

The story continues: The police gather more clues, and the gardener goes on trial. The state’s attorney calls the fingerprint expert as his first witness, and he asks for the print to be entered as evidence.

And then the atheist defense counsel — or the writer who insists there’s no absolutely evidence of election fraud — erupts, shouting, “Objection! That fingerprint doesn’t prove the state’s whole case, so they can’t place it in evidence.”

But of course I’m being unfair here, and I apologize. No atheist attorney would do that. No progressive Biden supporter would embarrass himself that way. They only make that mistake in their anti-theology (on the one hand) or their anti-Trump politics (on the other). It’s still the same mistake, though.

Getting Practical: How You Can Answer “There’s No Evidence”

How then, should we respond to the “No evidence for fraud” charge?

Sometimes you can safely ignore it, knowing it’s neither true nor worth the time. When you do need to answer, just ask them kindly if they would alter it slightly, to, “There’s no legal proof of fraud at this point.” Ask them, “We can agree on that much, right?” Then relax, and let the conversation flow. Give them some of the facts, such as those I linked to in the first paragraph above. If they push back on you, just stand and be confident.

A commenter here said yesterday, for example, as if it were some kind of challenge, “The burden of proof is on you to prove it.” My answer was an easy, “We’re fine with that.” Someone might say, “You have no guarantee you’ve going to win in court, you know.” I would answer, “That’s right, I do know that.” No need to be defensive. Trump has lawyers doing that work; we don’t have to.

But if they say, “Proof?! You don’t even have evidence!” then I suggest you do what I’ve done more than once with atheists. You sigh, you say to yourself, “I tried; I honestly tried!” And you walk away — far enough so they won’t be able to tell whether you’re crying or laughing.