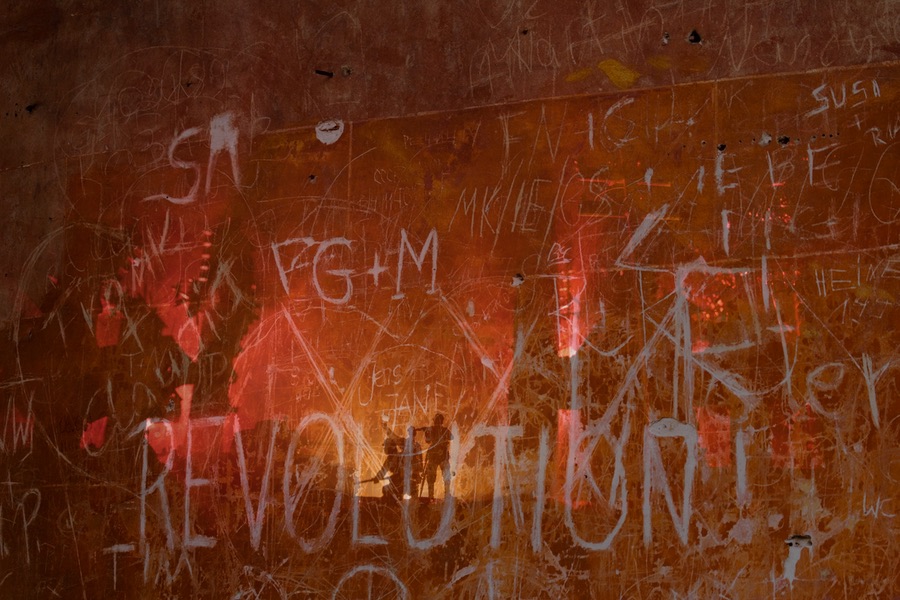 It’s slick. It’s savvy. It’s wrong; in fact it’s evil. They’re doing it anyway, and it’ll work, if good people don’t stand up and stop them. The Democrats and the media (but I repeat myself, as Mike Huckabee says) have gone all the way left. They’re done with democracy, and bent on revolution.

Doubt me? The evidence is in. I don’t see how anyone can deny it.

Let’s start with this: Democrats insist Joe Biden won, and they’re resisting any review. That says a lot already: They’re worried. If they were confident of their position they’d be the quickest to call for proof.

I had a scam phone call once where the caller ended with, “We’re going to send a lawyer over there.” I laughed and said, “Okay, bring it on!” That was easy enough, because I had no doubt I was right. The Democrats aren’t laughing, and they’re not saying, “Fine. Bring it on.”

The message is clear enough: Either they’re not sure they won it fair and square, or they’re sure they didn’t. Whichever it is, they don’t want it out in the open. Biden could still lose, and they know it.

So they’re not at all sure Biden belongs in the White House, yet they’re virtually moving him anyway. The media stands fully behind them, repeating and repeating (and repeating and repeating) that questions about the election are “baseless” and “without evidence.” All this is precisely the opposite of what they ought to be doing and saying if they cared about democratic processes. “Let’s do this together. Let’s see who really got the most legitimate votes.”

They don’t want a democratically elected president, they want a Democrat president.

Maybe that last line was too cute. Look again at the first half of it: They don’t want a democratically-elected president. Let that sink in. They’re done with democracy.

Due Process vs. Repeated Rhetoric

It’s quite an interesting study in strengths. Trump is calling on facts, evidence, the courts, the law, and open information, to assess the reality of Biden’s apparent election. Democrats are depending on the power of the media, the media, and the media, along with the media’s agreement that Biden was really elected. Media, media, media; it’s pretty much all they’ve got. No one would be so foolish as to deny its power, though.

It gets worse, though. I suspect Democrats are hoping for a peaceful revolution, the kind where everyone just caves in. They’re preparing for violence, though, if they lose; in fact, they’re stoking it.

This is nothing new, of course. They’ve given tacit approval to every politically-motivated riot since Trump won four years ago. There are even rumors that the Left is funding agitators to fuel the violence. Who needs rumors, though? There’s plenty of open information to work with, and again, it’s in their messaging. They’re trumpeting Biden’s victory, dismissing every question raised against it, and censoring information to support the reasons behind those questions.

If and when Trump proves Biden stole the election, they’ve got the whole country prepared to believe Trump is stealing it instead. So when Trump takes his oath of office again on January 20, it won’t be just “Not my president!” as it was four years ago. It’ll be, “Not anyone’s president!”

It doesn’t take a bug planted in their conference rooms to know what’s going on here. If and when Trump proves Biden stole the election, they’ve got the whole country prepared to believe Trump is stealing it instead. So when Trump takes his oath of office again on January 20, it won’t be just “Not my president!” as it was four years ago. It’ll be, “Not anyone’s president!”

And then all hell will break loose. (I use that word soberly and advisedly.) Remember when “mostly peaceful protests” was way too light a description for riots this summer? If Trump gets the victory, even “riots” may be too light a word for what will erupt. I’m seeing real potential for revolution. Street fighting. Angry, violent crowds insisting that Trump be removed, even by force — because he “stole the election.” How? By legally preventing Biden from stealing it. The fix is in, so they won’t see the truth. The rebellion will arise.

These, then, are our choices: Either Biden wins “peacefully” while caring absolutely nothing about a legitimate election, or Trump wins and gets blamed for violence such as the country hasn’t seen since 1865. One way democracy dies, the other way cities get destroyed, and people die.

You’ve got to hand it to them, in a way: They’ve done a great job of engineering this thing. It’s slick, yes, and it’s savvy, too. But it’s also evil beyond anything seen in America since we freed the slaves. (And I haven’t even mentioned the many deep moral problems with the Democrats’ platform.)

Count on it though: It will work, at least to the extent that either Biden will be president, or there will be revolution in the streets.

This is Serious. Gear Up. Please!

So we must get ready. This is going to get harder before it gets easier.

We must unite around Donald Trump. If you think it hard to do that because of his character, think of it as uniting around democracy instead. For all his faults, Trump is the one person most qualified to lead this battle. He’s taken years of cheap shots, and he’s kept on smiling, kept on going; and he’s still at it, driving for democratic due process. That persistent endurance of his must drive the Dems nuts. I’m sure it’s one reason they hate him with such intense loathing.

We must unite in prayer. Nothing but God’s intervention now can protect us from this full-on assault on democracy. If you think it “harms our Christian witness” to support Donald Trump, think again. He’s got his serious problems, but he’s not trying to destroy democracy, and he’s not stoking revolution in the streets. Maybe you think him a bad man, but consider how much more evil the alternative is.

So stand with him. They’ll hate you for it, too, of course. Gear up for it. I never imagined myself writing this, but this is no longer a fight for a president. It’s a fight for American democracy.

Tom Gilson (@TomGilsonAuthor) is a senior editor with The Stream and the author or editor of six books, including the recently released Too Good To Be False: How Jesus’ Incomparable Character Reveals His Reality, and A Christian Mind: Thoughts on Life and Truth in Jesus Christ.