Behind the Halloween Mask of Practical Atheism 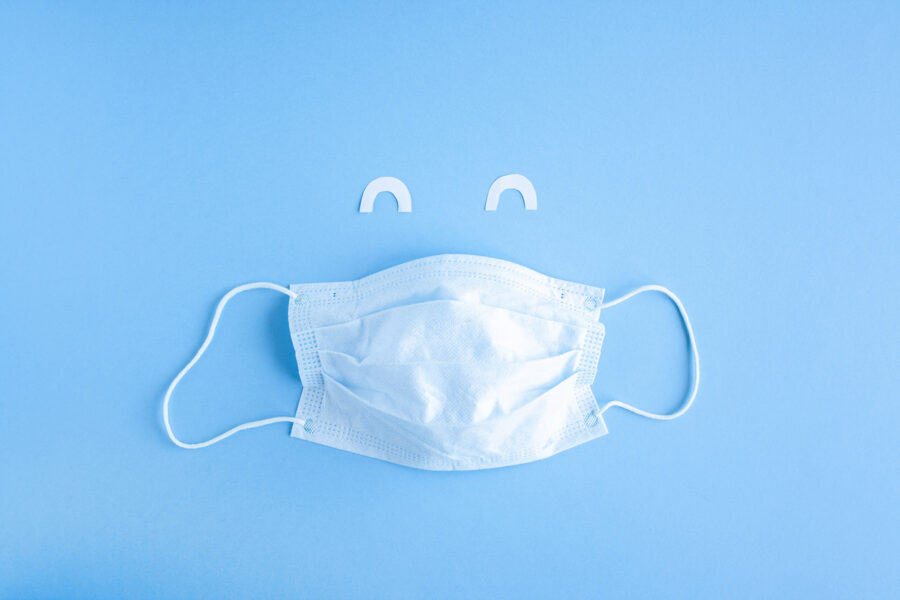 I’ve been trying to help spread the word about Eric Metaxas’ new book, Is Atheism Dead? Now, you might suspect me of doing that just because he’s a friend. So if he came out with an ill-advised Greek Vegan Snacks for Tots book, I’d effuse about that too. (“There’s nothing like soy mock feta and cucumber slices with raw onions to brighten some wee lad’s day!”)

That’s partly true, but only partly. In fact, for the past four years I’ve been devouring books that dismantle scientific materialism, and half-furnished halfway houses like Theistic Evolution. Most of the chaos of the 20th century was unleashed by the success among elites of materialistic worldviews. We thought that began subsiding in 1945, with the fall of the Nazis. We thought so again in 1990, with the fall of the Soviet bloc. And we were wrong both times. Those totalitarian regimes and their weaponized ideologies were symptoms, not the disease. Untreated, the virus that underlay both of them is sickening us all.

The Evidence for God Mounts, But Does it Matter?

Metaxas’s book joins more technical and specialized studies by Stephen Meyer (The Return of the God Hypothesis), John Lennox (Gunning for God), Antony Flew (There Is a God), and Michael Behe (The Edge of Evolution), among others. In fact, Metaxas offers a useful digest of the mounting evidence and arguments they’re piling up, to show the intellectual emptiness of modern materialism. It’s a worldview, not a finding; a premise, not a conclusion.

Materialism is to science as Medieval Times is to medieval Europe: Yes, they both had horse poop and armor, but there the resemblance ends. Eric’s book shovels out a good deal of horse-waste the New Atheists left behind in the popular mind, and puts it to fertile use. He also pierces their armor, the brittle façade of “rationality” that the likes of Christopher Hitchens would don to guard the squishy grab bag of rationalizations they’d swallowed. All of that wolfed down gluttonously to feed their willful choice to define life as meaningless.

That’s all it is: a choice, a spasm of a caprice, dignified through rhetoric, engrained via habit. Keep feeding such habits, and they kudzu into addictions which no argument can uproot — only Grace pouring down like napalm in the morning, which smells like Mystery.

Are We All Atheists Now?

But the problem goes far beyond self-styled, full-on atheists. Most people aren’t ready to torture their own minds by pretending minds don’t exist. Few of us really want to contemplate the finality of the grave. Instead, we take our atheism in small, potable doses — just enough to take the edge off, or sweeten the cup we must drain. We stir in sufficient materialism in every situation to blunt the demands of the Gospel, or Natural Law, but not so much that we can’t cling to religion’s consolations.

Hence “a Good God” as properly understood by “modern, progressive thinkers” couldn’t possibly demand … what it says in the Good Book the Good God in fact demands. No, s/he wants something smaller, easier, pleasanter out of us, and we’re ready to do just that (but not a whit more). And so we can act like “reasonable,” skeptical modern people, and still expect to end up in Heaven with martyrs and saints.

Your Sadducees, and Mine

Religious leaders are mostly willing and ready to accommodate this attitude, to sell us empty indulgences — “free passes” to commit the sins that Caesar, Mammon and Sodom now smile on. To prove their bona fides, these same leaders will stand up on their hind legs and damn to the skies … whatever sins make Caesar sad.

These truth-tellers will take a bold stand against slavery, colonialism, racism, maybe even eugenics — fifty years after elites finally turned against these things. It’s too much to ask of them (almost inhuman!) to speak out on topics that the Best People don’t want to hear about. But have faith! If aborting babies, dosing children with sex hormones, stealing organs from religious minorities, corrupting elections or smothering free speech ever become really unfashionable, such pastors will line up to duly condemn them, prophetically.

What they won’t do, and it’s kind of cruel to expect of them, is anything that might mess up their earthly lives (which they’re sure about) in obedience to God (about whom they’re not). Nobody ever died for a “wonderful possibility” or a “best-case scenario.”

Atheism in its pure form needs and deserves straight refutation. Atheism on the installment plan, in small daily doses, proves harder to confront. Retiring NIH Director Francis Collins, for instance. His Theistic Evolution says nothing that could offend the strictest Darwinist, but he can still draw smiling crowds at an evangelical church. Just so, he made no decisions that upset materialistic utilitarians, approving the use of aborted babies’ tissue in experiments, for instance on COVID vaccines. Likewise Pope Francis’ daily bread is the words of billionaire globalists of the World Economic Forum. Nor has he uttered a sentence that might anger his allies in China.

Purely theoretical theism, which when applied proves indistinguishable from practical atheism? That isn’t dead. In fact, it has grabbed the steering wheel of the church bus, and it’s driving us over the cliff.