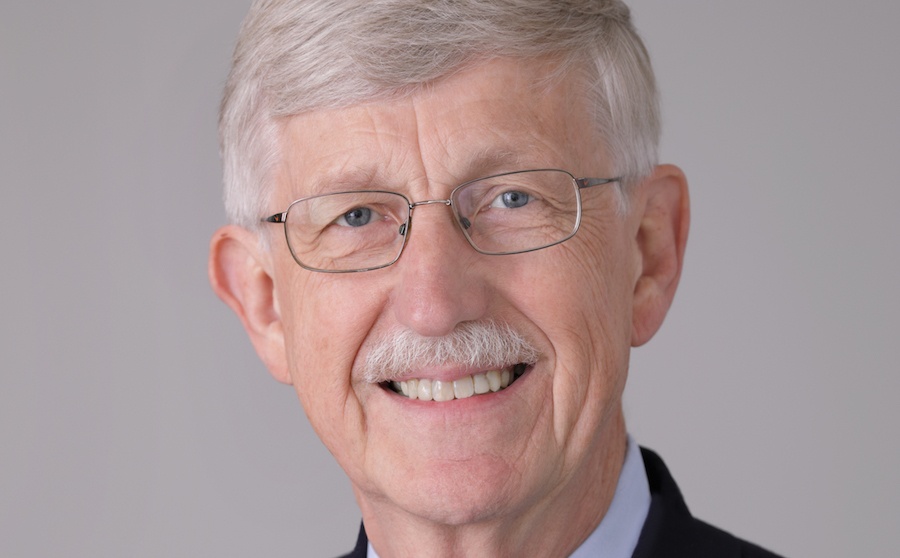 As someone who was won over reluctantly from Theistic Evolution to Intelligent Design, I know the profound gap between them. It helps that I read a 1,000-page collection of essays on the subject by scientists and theologians — which I highly recommend.

I’d also like to point to the sad case of distinguished scientist and very public evangelical Christian Francis Collins, who’s retiring as the head of the National Institutes of Health. Once, Christians pointed to Collins proudly as a model of balancing science and faith — by endorsing Theistic Evolution. Now as he fades from the scene, Collins seems more like a cautionary tale: “That way be dragons.”

Just Another Kommandant in Our Public Health Dictatorship

As John West of the Discovery Institute reports, Collins seems to have colluded with Anthony Fauci in persuading the public of facts they knew to be false, denying that the NIH had funded “gain of function” research in Wuhan, of the kind that may have produced COVID. Worse than that, West notes:

Collins’s agency has become embroiled in controversies over its funding of stomach-churning medical experiments involving body parts harvested from aborted babies. The disclosures about the experiments followed Collins’s repeal earlier this year of restrictions on the use of aborted fetal tissue in NIH-funded research.

Collins has also stirred controversy with his increasingly shrill attacks on unvaccinated Americans and his support for harsh mandatory vaccination policies that will require the firing of employees who choose not to be vaccinated with a COVID-19 vaccine.

With Christian scientists like this, who really needs atheist materialists? At least the likes of Richard Dawkins don’t consider us much more than trousered apes. So it’s less offensive when they treat us as such, compared to when “brothers in Christ” sign on for Nazi-style science. And let’s be candid: that’s what exploiting aborted babies’ bodies, and forcing experimental vaccines on the population, really is.

Building Your Home to Suit the Wallpaper

We conservatives are always trying to ram home the truth that “ideas have consequences,” which is true. But sometimes it’s hard enough to persuade people that ideas even have implications. That is, other ideas, which flow from them inexorably, as tributaries converge to form great rivers that lead to the sea.

Beyond such strictly logical implications, ideas also have echoes, cast shadows, and imbue with colors (such as rose, or jaundice). Most really big ideas are also linked to psychological and emotional implications. All too often, we choose our ideas because they match the preferred color schemes in our heads, rather than redecorating our feelings to match the truth. It’s like building your house to suit a swatch of wallpaper you like. But such is our fallen reason.

Me Too Darwinism with Fideistic Carve-Outs

What does it mean to endorse Theistic Evolution? The position as such asserts that the Darwinists are right about every observable fact in the history of life. Life arose from non-life by purely random chance. Or blind necessity. There is no phenomenon in the whole of life on earth that can’t be explained by strict materialistic causes. It’s misguided and “anti-science” to consider that Design played a part in any aspect of the emergence of life on earth. Or of the vast explosion of ever-more complex life across the planet. Or in the emergence of higher mammals. Or the appearance of man as a species. Mindless genetic errors, and the brutal culling process of survival of the fittest, are responsible for everything.

Consider the whirring, mysteriously accurate Swiss watch that is the human mind. We must insist that it too is the chance result of genetic copying errors, and the ruthless competition of primates for scarce resources. Nevertheless, this ersatz collection of primate mutations somehow offers us a reliable means of drawing scientific conclusions. That’s the worldview of scientific naturalism, and also of Theistic Evolution. Except that the latter permits itself a carveout: Maybe God intended all this.

A Distant, Silent First Cause

But if He was involved, it was only at the beginning. And His fingerprints are hidden. We’re forbidden to look to Him as the explanation of anything, except perhaps as the First Cause, which quickly got out of the way. How can that stance be reconciled with accepting any part of the Hebrew Bible? Or the Incarnation? Or Christ’s miracles? Or the power of prayer to influence events?

The answer is: very badly, if at all. If you forbid yourself to imagine that God played any part in framing man, how exactly would you account for a Virgin Birth or a Resurrection? Shouldn’t we try to find materialistic explanations for those events too? Why sanitize man’s creation story to satisfy Neil DeGrasse Tyson, but leave his redemption story all cluttered with miracles? Didn’t David Hume prove them impossible? (He didn’t, but you’ll need to read John Lennox or Anthony Flew to understand how bad Hume’s arguments are.)

Keeping God in the Toy Chest

The whole impetus of Theistic Evolution is to render God’s operations on the universe distant, inscrutable, unproveable and finally (if you keep it up) … irrelevant. You might by sheer force of will continue to believe that God sometimes intervened in human history. Let say, to preserve the Jews or start the Church. But you’ll be doing so fideistically.

That is, you’ve accepted that faith is the enemy of knowledge, a set of arbitrary claims you embrace, in the teeth of the evidence. You’ve compartmentalized your mind. The set of “stuff we know to be true” sits over here in a steel materialist strongbox. The set of “uplifting ideas we can treasure to make us happy” lies over there in a basket of plush toys. And never the twain shall meet.

In the 19th century, Christians panicked by Darwin began to recast religion as the realm of high-minded, unproveable, lofty aspirations. So lofty, in fact, that no bearded scientist could come along and disprove them. No scientist can demonstrate that you don’t love opera, or shouldn’t enjoy pre-Raphaelite paintings. Or tell you not to think sentimental thoughts about Jesus.

You’re free to indulge such idiosyncrasies if you wish. So long, that is, as they don’t prevent you from being a productive, docile citizen. You may, if you like, slap Christian labels and slogans on views you’ve soaked in from the Zeitgeist. If you’re into that kind of thing.

That’s the sense in which Nancy Pelosi, Joe Biden, and it appears Francis Collins consider themselves Christians. And that’s the extent of religious liberty which our elites are willing to tolerate. Such faith, whatever it is, cannot have any impact on our moral decisions; it doesn’t even interact with the rational mind. We’ve insulated it, kept it safe, comfy, and useless. Like a stuffed unicorn you might have loved as a kid, and keep around for old times’ sake.