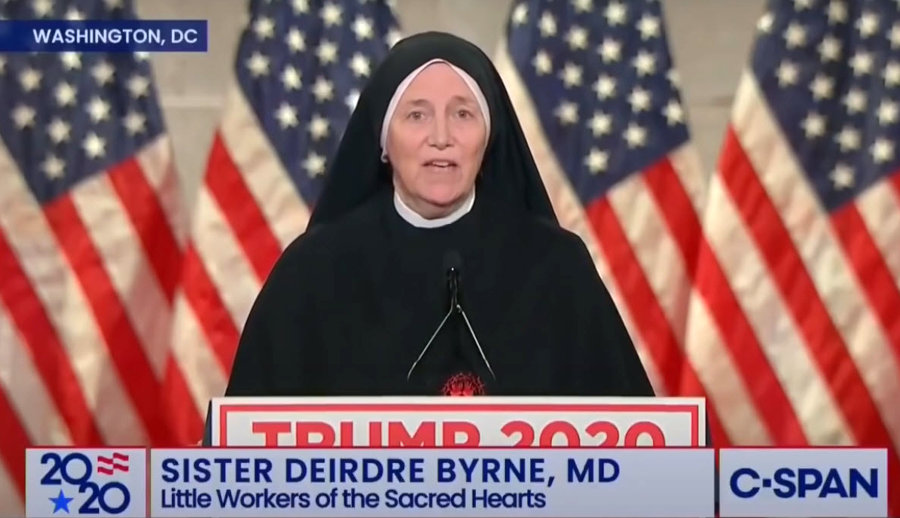 If we aim at being good, we’ll be happy as a side-effect. If we grasp at happiness instead of goodness, we’ll end up with neither. That’s a deep truth of human nature. We can see it inscribed in everything, from the student who flatters the teacher (instead of seeking the truth) to the employee who forgets the mission and the customer (and clings to his job description). It’s those with their eyes on the stars whose path most often runs straight. It seems to be how God made us.

This maxim applies to political movements and parties too. Take those whose commitments begin with our duties to God, and our nature as incarnate persons. They tend to set up institutions where people can live free and happy. That’s why the mostly God-bothered Calvinist founders of the U.S. (with a few Deists in tow) created the most successful republic in the history of the world. By attuning themselves to the transcendent moral order, our founders managed to order this mundane one pretty well.

John Zmirak and I explore this paradox in our book The Race to Save Our Century:

The Tower of Babel

But movements that only see this world, and ignore the eternal perspective? They cannot even deliver on their crass, short-sighted promises. Utilitarians prove useless in a pinch, pragmatists botch their jobs, and materialists run out of stuff. The mess of pottage always turns to ashes in their mouths. So the grandiose French Revolution ended up with Russian Cossacks in Paris. Hitler’s “thousand year empire” lasted all of 12 years, ending in shame and rubble. And the Soviet Union’s earthly paradise turned out as a drunk tank full of broken-down cars.

It turns out that nobody really wants to live in the Tower of Babel.

The two political conventions this year pointed up the same contrast. The Democratic gathering promised every voter his very own unicorn, which wouldn’t poop. But it starkly neglected the one thing uniquely important about each human being: his dignity as a child of God. The Democrats more than ever before abandoned talk about God, reeling in a few religious figures to talk exclusively about … “social justice.” That is, the plan to redistribute some earthly goods, from one group to another.

But look at the communities governed by Democrats, from Portland to Kenosha. These people obsessed with this-worldly contentment can’t even keep armed mobs of looters from burning their cities down. For months. Till this weekend, no national Democrat would even criticize the rioters, keeping up with a straight face the bad joke that we face “peaceful protests.” Talking to Stephen Colbert, a smirking Kamala Harris — who as a D.A. was tough on pro-life journalists, but easy on pedophiles — warned America that the riots would continue, indefinitely. Why should Joe Biden bother protecting rights that you and I were endowed with by “you know … the Thing”?

It turns out that nobody really wants to live in the Tower of Babel. That’s why the construction workers always split up and turn on each other. Have any performers looked more miserable to you than Stephen Still and Billy Porter, crooning about the riots for the Democrats?

By contrast, the high point of the GOP convention was surely the talk by Sister Dede Byrne. Here’s a skilled surgeon who willingly gave up wealth, marriage, and independence, to “serve the poor and the sick in Haiti, Sudan, Kenya, Iraq and in Washington, D.C.” But you could just see how deeply happy she was. And the reason was clear. As she said in her speech, “I am not just pro-life, I am pro-eternal-life. I want all of us to end up in heaven together someday.”

Those who demand heaven on earth usually just dig out some deeper hell. They see no guilt in themselves that needs to be purged, and no limits to the sacrifices they can demand of others, in service of Utopia. Those who spend their earthly time seeking heaven do just the opposite. They focus on their own flaws, and address them by serving others — always respecting their freedom as numinous images of the Creator.

It’s wearisome sometimes striving to do what is right, because it is right. But it’s never half as depressing as selling your soul in a buyer’s market, for pennies on the dollar.

In no U.S. election has a voter’s choice been starker. The Republicans ask us to choose the narrow road to self-respect and freedom. The Democrats warn us that if we don’t elect them, their rioters will tear our cities apart. That’s quite a platform. The party of Babel admits that what it’s good at is breaking things. Does anybody really believe it knows how to build?