Like Cruel Scientists Who Torture Dogs, the Democrats Want to Teach Us Learned Helplessness 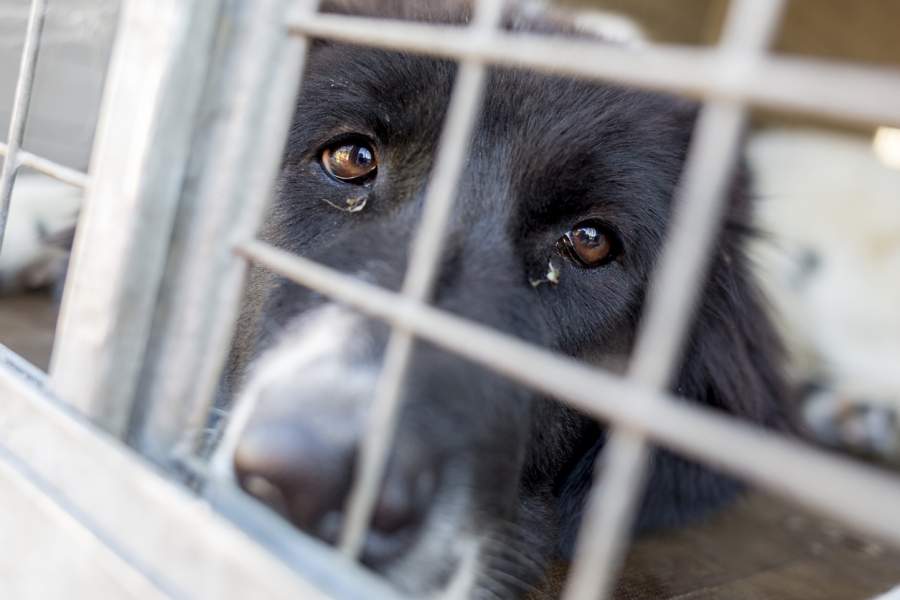 One of the most heartbreaking phrases in the English language is “learned helplessness.” Here’s how Psychology Today explains it:

Learned helplessness occurs when an individual continuously faces a negative, uncontrollable situation and stops trying to change their circumstances, even when they have the ability to do so.

The term was coined in 1967 by the American psychologists Martin Seligman and Steven Maier. The pair was conducting research on animal behavior that involved delivering electric shocks to dogs. Dogs who learned that they couldn’t escape the shock stopped trying in subsequent experiments, even when it became possible to avoid the shock by jumping over a barrier.

I almost had to stop reading at that point. As someone who rescues dogs, I’m all too familiar with the PTSD an abused dog displays. You reach to pet them and they flinch. They’re used to getting smacked. You try to housetrain them, and they don’t learn. Because nobody ever walked them — just left them all alone in a small concrete yard with some bowls of cheap kibble and stagnant water.

Rescuing Dogs with PTSD from Abuse 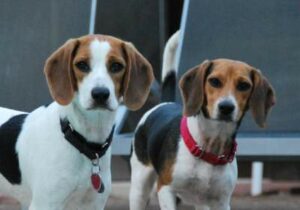 My two current rescues, Finnegan and Rayne, arrived four years ago. They had raw, red furless necks from shock collars. And six different parasites that took 43 days of deworming and pricey, weekly fecal tests to treat. (They’d never been to the vet, or gotten heartworm medication.) They had chronic diarrhea that lasted for months. As year-old twins, they looked beaten-down and shabby, even elderly at first.

The worst part? They wouldn’t bark, yelp, or make any noise at all for the first several days. (Any beagle owner will realize how hideously unnatural that is.)

They’d learned that any sound at all would yield an excruciating shock. So they raced around playing like silent Ninja dogs. I’ll never forget the moment when Rayne couldn’t help herself, and let out a howl. It took her a moment to process the new normal: She could speak, and not be shocked. So she did it again, and again. Her brother, Finnegan, cautiously joined in. Soon they were singing up a storm, and they haven’t quieted down since. (I have an eviction notice to prove it.) Remembering that moment, my eyes always tear up with joy. 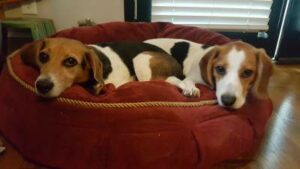 My beagles were young enough and resilient enough that they could bounce back from their abuse. They made a full recovery, and four years later, they look much younger than they did when I got them as one-year-olds.

It’s equally sad when human beings display learned helplessness. Battered wives who go on to find new abusive men. Children of alcoholics who wed, and try to “fix,” other addicts. Children of compulsive gamblers, who end up getting milked by money-hungry sociopaths. (Guilty as charged!) Most darkly, boys who get sexually abused by authority figures, and go on to abuse young people in turn. We see, in such cyclical evil, the bloody footprints of original sin itself.

They Seek a Defeated People

In the real world, learned helplessness can emerge from and contribute to depression, anxiety, and post-traumatic stress disorder. During a depressive episode, for instance, someone may believe that nothing will end their suffering, so they stop seeking help completely. The concept may also manifest in educational settings, when children feel they cannot perform well and therefore stop trying to improve. The experience is characterized by three main features: a passive response to trauma, not believing that trauma can be controlled, and stress.

And this, my friends, is what the Democrats and NeverTrump GOP elites are hoping for from President Trump’s supporters. It’s what they are demanding from us, in fact. They’re wielding threats of blacklists, “truth and reconciliation” committees, and permanent exclusion from decent society. As if that still existed anymore, in the wake of the past four years.

The Rioters Turn Into Civic Teachers

These are the same people who told the police to stand by while George Washington, Thomas Jefferson, Ulysses S. Grant, Christopher Columbus and Frederick Douglass got torn down and defaced in our cities’ public squares. Now they accuse us of not being “civic-minded,” of harming “national unity,” this after they claimed that our nation was founded specifically to protect slavery from the great emancipator, King George III. That crackpot conspiracy theory, the 1619 Project (or “The Protocols of the Elders of Jamestown”) is now being taught at schools in two dozen states.

Like ice-hearted scientists in starched white lab coats, Dems and their GOP stooges repeat the cruel experiment, over and over again.

I won’t repeat myself, but point you to a column from last week that listed the dozens of ways in which Democrats and NeverTrump Republicans treated the presidency as their urinal, from the fake claims of Russian voter fraud to legal persecutions of good men like General Mike Flynn. Please go read it, in case you forgot: this is the party of Julie Swetnik’s fake rape gang, Jussie Smollet’s phony lynching, and Andrew Cuomo’s euthanasia by COVID of helpless nursing home patients. Of locked down churches, and riots in the streets. Now the people who pimped the “Pee Tape” dossier to the FBI demand that we impersonate sad little cartoons from a 1940s civics textbook.

What a cruel, sick joke — the kind you play if learned helplessness for your fellow citizens is your end game. If it’s not a bug in your Utopia, but a feature.

Really, my friends, step back from all the details and even your emotions for a moment, and try to conceive the past four years in politics in a entirely new way. Think of it as a vast social experiment, conducted by elites. The goal? To see if they can induce in the rest of the population the same learned helplessness as those poor, shocked dogs in Dr. Seligman’s lab. To use the virus as the pretext for a Great Reset, stripping citizens throughout the West of their traditional liberties, especially private property rights. Why else impose on us useless lockdowns, despite the plummeting number of virus deaths?

Please check out the enlightening chart I found online, comparing techniques used in North Korean prison camps to “break” American POWs, with elites’ repression of citizens under the pretext of COVID. 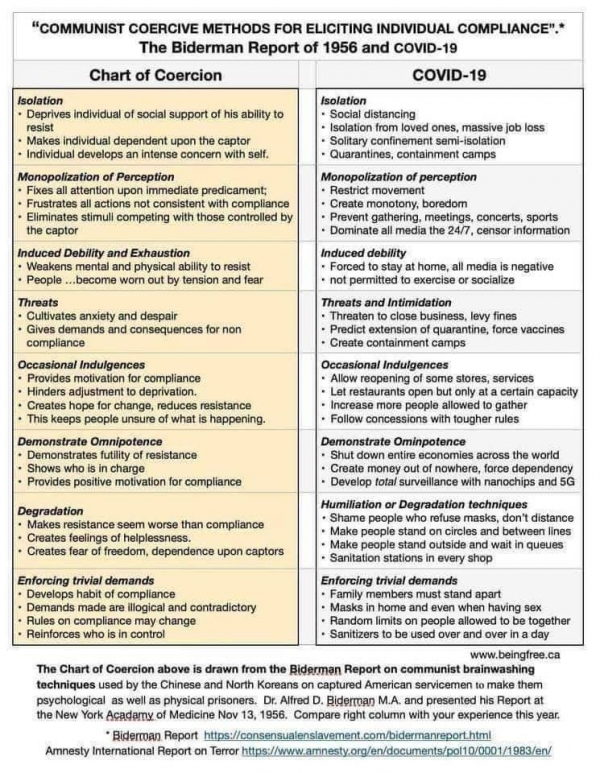 The left demands of us the same graceful surrender Richard Nixon made to vote fraud in 1960. As if the rules of the game were, “We’re Democrats, so we get to cheat. It’s your job to catch us, and prove it, or else we win, fair and square!” As the brilliant Paul Gottfried observed, the stakes now are utterly different than they were back then. The fiercely anti-Communist moderate Democrat John F. Kennedy didn’t represent a party that denied biological sex. Or demanded legal infanticide. Or wanted to persecute Catholic nuns who wouldn’t hand out abortion pills.

A Referendum on Abolishing America

The Democrats in 1960 didn’t dream of opening the borders, giving Medicaid to illegal aliens, abolishing the Electoral College, or packing the Supreme Court with enemies of the Constitution itself. This isn’t so much a presidential election as a referendum on abolishing the United States, and starting from scratch.

Let’s give them a shock this time. Let’s bite off the hand that abused us.

Eric Metaxas, Russian Mole … and Other FAKE NEWS From His New Book