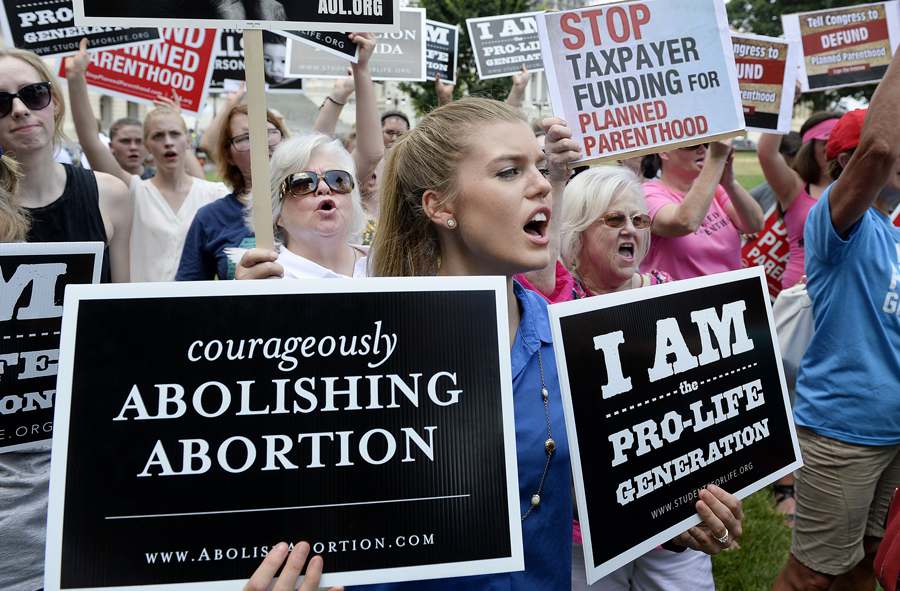 Through a Freedom of Information Act request, The Stream recently obtained records from the Department of Health and Human Services (HHS) revealing they had conducted no oversight of Planned Parenthood’s fetal body parts harvesting since 2007. Now, The Stream has learned that HHS asserts it did not need to perform any such audits, and that the department may feel entitled not to perform the audits due to a loophole written into the legislation.

An unnamed source on Capitol Hill with knowledge of the drafting process told The Stream that the famously pro-choice former Congressman Henry Waxman (D-Calif.) had the word “transplanted” included in Section 498A of the Public Health Service Act [42 USC 289g-1], presumably to narrow the requirement. Accordingly, the act “requires the annual submission to Congress of a report describing research involving therapeutic transplantation of human fetal tissue supported or conducted by the NIH.” (emphasis added) That’s a narrower requirement, to be sure, but it may not be narrow enough to get HHS off the hook.

Planned Parenthood received $76 million in funding from HHS last year. If any of this money was used to support or conduct fetal tissue transplantation research, then the audits are required and HHS is in violation of the federal statute.

Why does it matter that the audits weren’t performed? First, tax dollars are involved — millions and millions, so organizations receiving that much money should be held accountable to the law that governs the grants. Second, Congress put certain protections in place to protect the unborn from unlimited inhumane experimentation. Third, if Planned Parenthood is allowed to operate without supervision for almost eight years, while appearing to break several laws, what’s to stop it from going further and breaking more laws?

Also, it represents a breakdown of our government if audits are deliberately skated around using obscure loopholes. Government should be accountable to the people. And finally, if we can’t enforce modest oversight and regulation of the mutilation of the most vulnerable among us, where will this end?

The lack of oversight begs the question: What would HHS have found if it had studiously audited Planned Parenthood? A desire not to air what it would have found may be precisely why President Obama’s HHS shows no interest in performing audits of Planned Parenthood or other organizations involved in the fetal tissue aftermarket.

But is the transplantation loophole a sufficient defense for HHS not performing audits of Planned Parenthood? There are at least four reasons to think not.

On its website, StemExpress lists six types of bone marrow for sale. Bone marrow is commonly used in transplants. If that is bone marrow from fetuses, there is a high chance it is being used for transplantation. StemExpress lists three other body parts for sale, including fetal livers. It’s no exaggeration to say that fetal livers are among the darlings of the transplantation research world, commonly used to provide new cells for people with liver diseases and diabetes mellitus.

And these are just the fetal parts StemExpress sold most often. What about all the other parts not on its website but listed in its product catalog? Some of them are commonly used for transplantation. For example, fetal neuronal cells are used to treat Parkinson’s and Huntington’s.

NIH admits on its own website that “there are hundreds of investigator-initiated clinical trials of fetal transplantation in the academic setting.” Does anyone really believe that not one instance of these since 2007 involved federal funding? Planned Parenthood and its affiliates may try to argue that the millions of dollars in grants they were receiving went only to fetal research that did not involve transplantation, but it is pretty clear that a huge amount of fetal “research” does involve transplantation. At a minimum, these organizations should be required to produce a breakdown of the money to show there was no illegal overlap.

It’s possible these organizations paid no attention to whether transplantation was involved. Planned Parenthood appears to have filled orders without any questions asked as to how the tissue would be used, just funneling the fetal body parts en masse to anyone who would pay for them (likely violating the law a second time by profiting from the sale rather than merely covering its costs to preserve and transport). The Center for Medical Progress took video of its undercover buyer repeatedly saying he wanted fetal thymuses and livers, and not once did anyone from Planned Parenthood or its affiliates ask questions about whether the tissue would be used for transplantation.

2. A second reason the transplantation explanation is hard to swallow: In the fourth undercover video by the Center for Medical Progress, a Planned Parenthood doctor discusses getting grant money from NIH and using it to fund fetal harvesting. There was no mention of any limitations on how the fetuses were to be used, and the doctor seemed very nervous. Why would the doctor appear nervous if there was nothing wrong occurring?

3. A third reason to doubt the transplantation excuse: In the fifth undercover video, beginning at the 15:44 mark, Melissa Farrell, Director of Research for Planned Parenthood Gulf Coast, speculates why Planned Parenthood clinics in Texas think what they’re doing is illegal.

4. Another reason for skepticism: If HHS is correct in failing to audit Planned Parenthood, then why the flurry of panicked emails when reporters started asking questions, and why did HHS heavily redact the emails it provided to The Stream, using the exemption for potential future litigation?

And finally, there is another possible violation of federal law: Research on aborted fetuses is only permitted if there is no viable alternative, such as adult stem cells or usable cells from mice. With the large volume of harvesting revealed in the undercover videos, and given the many promising breakthroughs in the use of adult stem cells for transplantation research, is it really plausible that there weren’t viable alternatives for much of the fetal research funded by HHS?

With all of these questions and inconsistencies, at a minimum HHS should have been conducting oversight to verify that Planned Parenthood and its affiliates were really complying with federal law. It is no coincidence that HHS has conducted no oversight of Planned Parenthood’s fetal body parts harvesting since 2007: Nancy Pelosi and the Democrats took control of the House in 2007. It seems they deliberately chose to stop holding HHS accountable for Planned Parenthood, never mind the law.

Steve Aden, senior counsel with Alliance Defending Freedom, told The Stream, “Since Planned Parenthood is already the subject of repeated state and federal audits and whistleblower lawsuits for waste, abuse and potential fraud of taxpayer dollars, not to mention ongoing federal and state investigations over possible baby parts trafficking, the government should fulfill its duty to oversee the use of taxpayer funding and perform an audit to determine if those dollars were spent in compliance with the law.”