Whether President Donald Trump or former Vice President Joe Biden win the 2020 presidential election, all Americans can count on our brave troops and their families to keep defending our freedom. 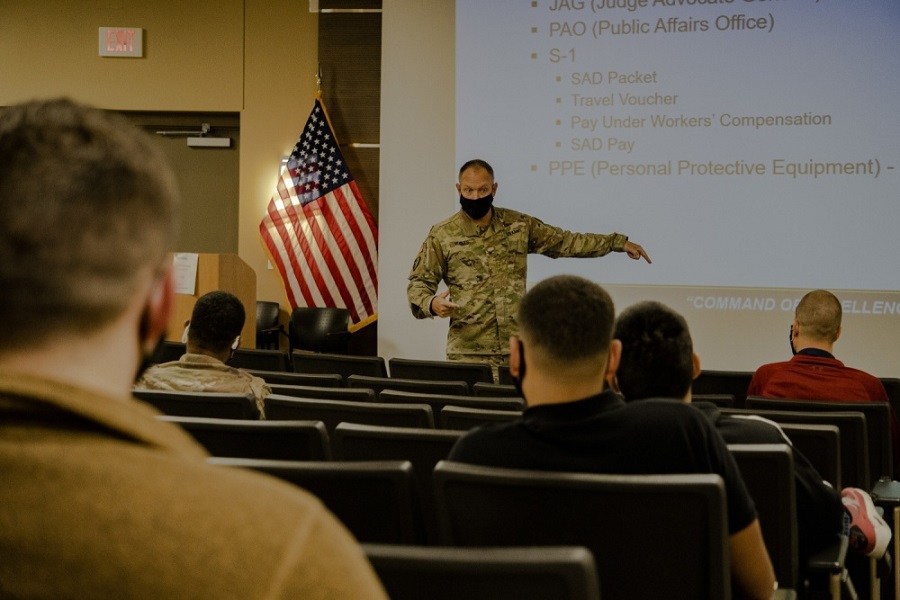 When I cast my 2020 presidential election vote earlier this week in Palm Beach County, Florida, I thought of all the brave men and women in uniform who’ve sacrificed so much for the miracle of freedom.

This is the fifth presidential election since the 9/11 attacks. In 2004, George W. Bush defeated John Kerry. In 2008, Barack Obama beat John McCain before also defeating Mitt Romney in 2012. In 2016, of course, Donald Trump shocked the political world with his stunning upset victory over Hillary Clinton.

At the time, each election was called the “most important of our lifetime” by politicians and pundits. There was another common thread, however: our safety, security and liberty remained intact during and after the votes were counted. Despite dire warnings of violence and civil unrest, Americans can rest assured in knowing that whether Trump or Joe Biden is inaugurated on January 20, 2021, the valiant men and women of the United States military will have our backs.

At this hour, National Guard troops like the warriors pictured above are working to ensure that the 2020 presidential election is free, fair, efficient and safe. In addition to active duty service members and reservists, veterans from the Iraq and Afghanistan wars and other conflicts are volunteering to staff polling stations, as The Stream mentioned last week.

“It’s another way to give back to the country, which is something that has been a big part of my life,” Dan Berschinski, who lost both his legs while serving in Afghanistan, told Reuters. “It just seems the right thing to do now.”

While Americans might be polarized when it comes to politics, the selfless sacrifices of heroes like Berschinski bind us all. Whenever I start getting upset about a political controversy or election result, I try to remind myself that every single day since 9/11, our brave men and women have been fighting for something bigger: our liberty and way of life.

Whether or not you agreed with the 2003 invasion or Iraq or the ongoing 19-year war in Afghanistan, not once has a service member, veteran or military family member told me they signed up to fight for a politician. They instead volunteered to protect our nation from terrorist groups like al Qaeda and ISIS or evil dictators around the world. More importantly, they wanted to do something bigger than themselves in defending freedom and our flag.

If you’ve voted or are planning to vote for President Trump, it’s probably hard to come to grips with the possibility of Biden and Kamala Harris taking office this winter. If you’re a Biden supporter, four more years of Trump and Mike Pence is likely just as difficult to imagine.

Whatever happens, we will be okay, no matter how corny that notion might seem. While there’s nothing wrong with putting your trust in a particular politician, the fact that thousands of volunteer warriors are willing to put themselves at risk during a time of war, disease and discord for our safety is truly a blessing from God. Whether Trump or Biden wins, it is comforting to know that our country will still be protected by the greatest and most compassionate fighting force the world has ever seen.

My friend and co-author, Beau Wise, told me that he recently went to vote. Beau not only fought in Afghanistan himself, but lost both his brothers, Jeremy and Ben, in the same war.

Despite all that he and his loved ones have lost, Beau still believes in our beautifully unique country. If he can keep the faith, so can we.