Woe to Those Who Call Evil Good and Good Evil 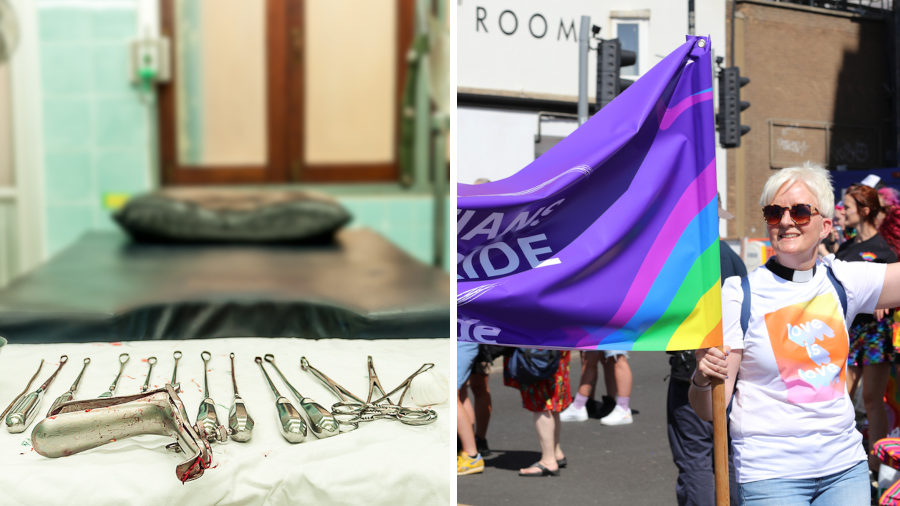 It is one thing to do evil and recognize it as evil. It is another thing to do evil and call it good. As the prophet Isaiah declared more than 2,500 years ago, “Woe to those who call evil good and good evil, who put darkness for light and light for darkness, who put bitter for sweet and sweet for bitter.” (Isaiah 5:20) This has happened many times over the centuries, and it is happening again in our day.

Going back two decades, consider Dr. George Tiller, infamous for his late-term abortion practice but hailed as a hero by the pro-abortion movement. In their eyes, he was performing a compassionate service for hurting families, relieving them of the pain of bringing an unwanted child into the world.

There are articles about Tiller with titles like, “A Gentle, Compassionate Man: Remembering Dr. George Tiller,” and, “The Compassion of Dr. Tiller.” The latter article states that, “George Tiller is frequently described as ‘controversial.’ But in the tight-knit world of abortion providers and among the women under his care, he was often called a saint.”

There are now lawmakers who want to have parents criminally prosecuted if they fail to affirm the perceived gender identity of their child.

The fact that Tiller was inexcusably murdered in 2009 by a “pro-life” extremist cannot detract from his evil deeds, which included offering his clients package deals for the late-term abortion plus finger printing, baptism, and burial or cremation.

Most of Dr. Tiller’s Victims Were ‘Fully-Formed, Healthy and Viable’

Yes, Tiller had baptismal ceremonies performed for the babies whose lives he just ended. (This was not only widely known, but I also saw pictures of these baptisms and burials.) Tragically, as reported on Live Action, “A former staff member of a late-term abortion facility [meaning, Dr. Tiller’s] has admitted there was nothing wrong with over 98 percent of the babies aborted at her facility.”

In the words of a passionate pro-life leader, “Although he specialized in killing handicapped children, most of his tiny victims were late term, fully-formed, healthy, and viable outside the womb. He performed an average of roughly seven post-viable abortions per week and has admitted on tape to aborting babies a day before the mother’s due date.”

This is the man hailed by some as a saint.

A pro-life colleague in Charlotte, North Carolina, told me about an abortion doctor in the city who tithed on her earnings to her church. In her mind, she was doing God’s work.

The flip side of this is that pro-life leaders who are doing God’s work by standing for the life of the unborn are branded as dangerous lawbreakers.

What else are we to make of the FBI’s recent arrests of pro-life workers? As reported by The Federalist on October 6, “The FBI raided the home of yet another pro-life activist on Wednesday, as the federal agency ramps up its attacks on political opponents of the Biden regime. With guns drawn, agents swarmed and entered Chester (Chet) Gallagher’s Tennessee home for his role in a peaceful pro-life event that took place over a year ago outside a Mt. Juliet, Tennessee abortion facility.”

Talk about turning our justice system upside down. Talk about calling right wrong and wrong right.

The same thing is now happening with medical leaders who speak out against the transitioning of children (in other words, against the chemical castration and/or genital mutilation of minors). They are being threatened with prosecution by the office of the Attorney General for allegedly spreading misinformation that could lead to violence.

As explained in a letter to A. G. Merrick Garland written by Tennessee A. G. Jonathan Sermetti, and signed by 12 other attorneys general, “We, the undersigned State Attorneys General, write to express our deep concern with the recent letter you received from the American Academy of Pediatrics, American Medical Association, and the Children’s Hospital Association asking you to investigate and prosecute people who question the medical establishment’s current treatment of children struggling with gender dysphoria. You cannot and should not undertake such investigations or prosecutions.”

So, those raising grave concerns about the terribly misguided practice of transitioning children, which has rightly been branded medical malpractice and a massive human rights violation, could be prosecuted as criminals. As for those advocating such practices and performing them, they are the heroes who should be celebrated. Is this not what Isaiah described?

In this same spirit, California governor Gavin Newsom has become the darling of the left as he becomes more and more radical by the day.

As Mayor of San Francisco, he rose to national fame by illegally issuing marriage licenses for same-sex couples.

More recently, he sparked a storm of controversy by quoting the words of Jesus (that we should love our neighbor as ourselves) on billboards posted in pro-life states, inviting pregnant women to come to his state for their abortions. (See here for my response, where I picture a baby asking Gov. Newsom, “Am I not your neighbor?”)

As if this was not enough, Newsom also signed a bill that would make California a sanctuary state for minors seeking sex-change surgery and treatments, even against their parents’ will. As reported on the Daily Wire, “The bill also bans police from arresting or extraditing someone based on another state’s restrictions for providing gender health services to a child. The law also prohibits California officials from enforcing another state’s order that a child be removed from parents who allow the child to receive gender health services.”

Yet even this is not enough for some.

There are now lawmakers who want to have parents criminally prosecuted if they fail to affirm the perceived gender identity of their child (see here and here for examples).

So, the caring parents, who want what is best for their child and recognize that medical intervention is not the best course of action for their confused and hurting minor, are the evil ones, to be prosecuted and even jailed by the government.

Shall I quote Isaiah again?