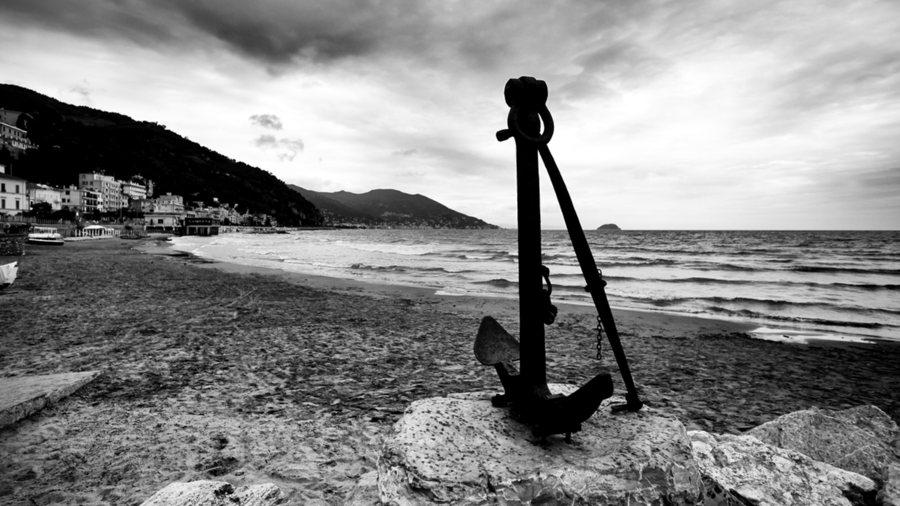 Splits and splintering have occurred throughout Christian history. From antiquity until present-day, religious groups have polarized and popped, leaving splinter groups behind to fizzle or flourish.

American history recounts regionally-based church divisions over slavery as Methodists split in 1844, Baptists in 1845, and Presbyterians splintered in multiple ways between 1857 and 1861.

It continues today. Tom Gilson, author, speaker, and Stream senior editor, has written a very helpful piece identifying two groups within the polarizing tug-of-war within contemporary American evangelicalism. He tags them the Anchored and the Accommodationist. These terms help explain what is going on in the Southern Baptist Convention today.

The Anchored, Gilson says, are Christians who anchor their truths in the Word of God. It’s not their single source of truth, but they are convinced that where the Bible speaks, “it speaks truly and with authority.” Their goal is to understand the Bible “properly and follow it faithfully. They know they fall short, but the goal remains for them regardless.”

The Accommodationist will offer honor to the Word of God “but they want their message to fit in better with the world somehow” … “they don’t mind altering their message to make it more accommodating to the world.” This group comes in several flavors, but Progressive Christianity is the most obvious. Progressives become jittery when God’s Word makes people or certain groups uncomfortable. “They can come up with creative new interpretations,” according to Gilson.

What Do Southern Baptists Say About The Scriptures?

Southern Baptists’ official statement on the Bible is clear and it is well anchored.

The Holy Bible was written by men divinely inspired and is God’s revelation of Himself to man. It is a perfect treasure of divine instruction. It has God for its author, salvation for its end, and truth, without any mixture of error, for its matter. Therefore, all Scripture is totally true and trustworthy. It reveals the principles by which God judges us, and therefore is, and will remain to the end of the world, the true center of Christian union, and the supreme standard by which all human conduct, creeds, and religious opinions should be tried. All Scripture is a testimony to Christ, who is Himself the focus of divine revelation.

That being said, the question remains, how does an alarmed mom at a school board meeting or a pastor in the pulpit apply the Bible to real life issues as the progressive Left seeks to shred our moral values?

Dr. Lee Brand, the former first vice president of the SBC, in an open letter to Southern Baptists makes a relevant point:

There is a great storm brewing within the SBC, and we cannot afford to get this weather report wrong. Our battle is not between our various shades of brown, but between those who will say the Bible is sufficient in their proclamation and show its sufficiency in their practice, and those who will try to merge some measure of biblical principle with a palatable amount of worldly philosophy.

Notice the word “sufficiency.” It means that God has communicated to us all that we need to know for salvation and to live in a manner that pleases Him. The Bible is sufficient in helping us evaluate every claim (secular or spiritual) of authority because, “All Scripture is given by inspiration of God, and is profitable for doctrine, for reproof, for correction, for instruction in righteousness, that the man of God may be complete, thoroughly equipped for every good work” (2 Tim. 3:16-17 NKJV).

The Scriptures Are Sufficient

I wish to contend that the Anchored in the SBC have a better handle on “sufficiency.”

Claiming David raped Bathsheba is a perfect example of twisting Scripture to make a story about sin into one about power dynamics. It is creating interpretations God did not in order to fit modern political narratives & agendas.

The Scriptures help us frame a Christian worldview, allowing our beliefs and behavior to function under the Lordship of Christ, with the Scriptures as sufficient guide — not personal feelings, social pressures, falsehoods, experience, completely divorced from godly wisdom, natural law, common sense, and facts.

The Anchored know the power of shining the searchlight of Scripture on society, thereby rescuing a culture from suffocating in its own sin. When evil shows up as insanity — like a Drag Queen preaching to 1st graders, only then do “normal” people start smelling the stench of our sick society. The Anchored wake up each morning with certain core convictional beliefs based on Scripture and they shall not be moved. Accommodationists awaken to all the clamoring voices in our pluralistic society, and are easily swayed by social media top-talkers.

Standing Up to Attacks From the Cultural Elites

When cultural elites attack the Anchored for speaking out, the Accommodationists get weak-kneed and worry that the “watching world” may not like them. They fear being socially shamed, and being marked with labels like: “Christian Nationalist,” “homophobe,” “Fundamentalist,” “transphobe,” “misogynist,” “racist,” or “Uncle Tom.” Thus triggered, Accommodationists are more prone to renounce conservative believers than stand in the way of today’s social justice warriors and their collectivist zeal to tear down America and their church.

Dr. Voddie T. Baucham, Jr. is an evangelical pastor and conference speaker whose popularity dipped when he began expressing Anchored, un-woke views. He delivers a razor-sharp critique of America’s social justice movement in his book Fault Lines. With a high view of Scripture, Baucham states, “… there is not a book in the world that is better suited to address men on the issue of race than the Bible.” He believes the Bible is “sufficient” and “offers answers not only on race, but on every ethical issue man has faced, or will ever face.”

Baucham specifically tackles the issue of critical race theory as it came up at the 2019 Southern Baptist Convention, where a California pastor brought forth the now famous Resolution #9. Baucham unveils what he describes as the “clearest evidence” of certain SBC leaders’ willingness to compromise on that resolution, changing the language of the pastor’s text from a biblically-based statement to more accommodating wording. Baucham called it “a deliberate act of duplicity.”

For example, in its original form the resolution had said,

Whereas, critical race theory and intersectionality are founded upon unbiblical presuppositions descended from Marxist theories and categories, and therefore are inherently opposed to the Scriptures as the true center of Christian union…

Before the messengers (i.e., delegates) to that convention had a chance to see that version, though, the Baptist committee presenting the resolution had changed it to read,

Whereas, critical race theory and intersectionality alone are insufficient to diagnose and redress the root causes of the social ills that they identify, which result from sin, yet these analytical tools can aid in evaluating a variety of human experiences …

It’s just one instance, but it’s telling, and there are many others like it. Baucham rightly sees it as showing serious problems with some Southern Baptists’ understanding of the Scriptures’ sufficiency. Agreeing with Dr. Baucham, Pastor Josh Buice later wrote:

You cannot attach identity politics to the sufficient Scriptures and still claim to be champions of sufficiency. God’s Word must stand alone. Like a confident lion walking in the afternoon sun on the African plains — it doesn’t need assistance to diagnose and address the social ills of a depraved society. What the SBC did, in passing this resolution, is make a clear statement to the watching world that we believe the Bible is not quite capable of addressing the lived experiences of broken people and may need the assistance of CRT and intersectionality.

The Anchored and Accommodationist have grappled for leadership in each of the “three worlds” that I analyzed in my last piece. In 1991, the Cooperative Baptist Fellowship (CBF) split-away in opposition to the more conservative theology and practice of the SBC’s Conservative Resurgence.

The CBF Governing Board voted on (Feb. 9, 2018) to open some positions with CBF to “Christians who identify as LGBT.” They also voted to continue to restrict “leadership positions in ministry” and missionary roles to believers “who practice a traditional Christian sexual ethic.” Nevertheless they serve as canaries in the coal mine, showing the dangerous places Accommodationism may take the Baptists.

We live in the midst of a cosmic war over worldviews. Accommodationists will crumble under pressure. The Baptist statement on the Scriptures still rightly recognizes the Bible as our “perfect treasure of divine instruction.” The Anchored must hold the line.

As Evangelical Christians, We are Bringing Reproach to the Name of Jesus

Good News for Those Worried and Anxious About Many Things

Why We Must Remember to Rejoice in Discouraging Times