Are Southern Baptists Ready for a World That Despises Christians? 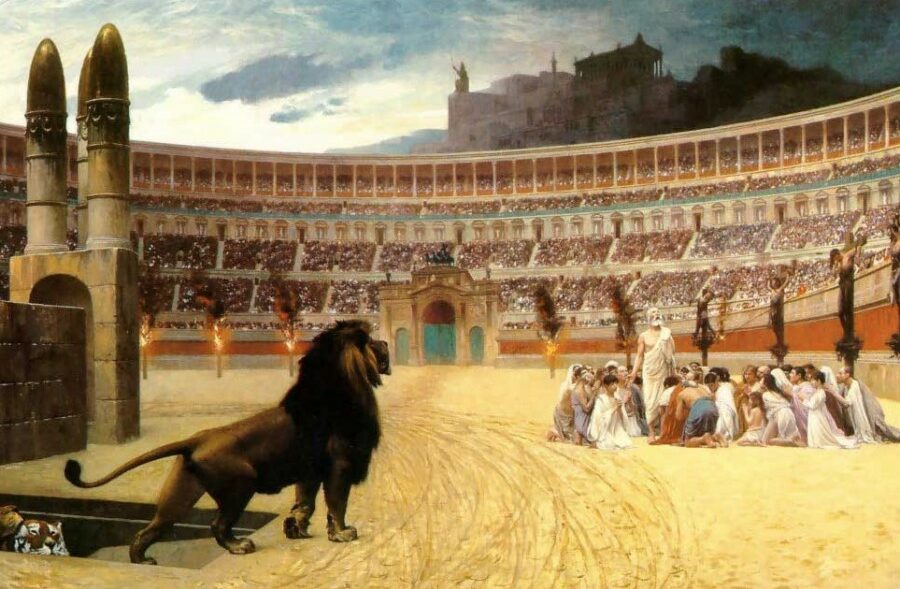 Aaron Renn’s penetrating analysis of American evangelicalism in his First Things article triggered much thought. As a respected writer and thinker, Renn uses the framework of three worlds (positive, neutral, negative) with evangelicals swimming against a relentless secular rip current.

Evangelicals are not only losing standing in the public arena while struggling against an increasingly hostile culture. Renn says, “Today there is a culture war within evangelicalism itself.”

I’d like to apply Renn’s diagnosis to the Southern Baptist Convention. Renn points to three “worlds,” or moments in time, that formed Christians’ views and attitudes.

Society at large retains a mostly positive view of Christianity. To be known as a good, churchgoing man remains part of being an upstanding citizen. Publicly being a Christian is a status-enhancer. Christian moral norms are the basic moral norms of society and violating them can bring negative consequences.

Renn states that evangelicals created two main strategies in relating to the secular world in the Positive era. First, the culture war strategy recalls Jerry Falwell’s Moral Majority and “the so-called New Right movement in the 1970s, in part as a response to the sexual revolution and the moral deterioration of the country.” This movement aligned with the Republican party as Ronald Reagan became president in 1981. The Christian Coalition and other smaller culture warrior groups chose the GOP as their political home.

The SBC in the Positive World

America was still experiencing a spiritual awakening during the Jesus Movement in the late 1960s to mid-70s. In 1971, Pastor John Bisagno led First Baptist Houston in a city-wide evangelistic campaign with over 4,000 professions of faith. That church baptized over 1,600 new believers, becoming the first SBC congregation to baptize more than 1,000 persons in a year. Many SBC congregations taught evangelism courses and had an outreach night each week.

The SBC Home Mission Board (HMB) was a well-oiled mission machine with leaders knowing that the Southern Baptist cooperative spirit thrived on “trust.” HMB leaders respected the historic autonomy of the local church, the local Baptist association, the state convention, and national entities. The Board didn’t use its control of funds to demand leverage over churches.

Strategizing to help Southern Baptists become the most ethnically diverse American denomination, HMB leaders worked with the Christian Life Commission, now the Ethics and Religious Liberty Commission (ERLC) to adopt a resolution that apologized, lamented, and repudiated “historic acts of evil such as slavery from which we continue to reap a bitter harvest.” The resolution continued: “We apologize to all African-Americans for condoning and/or perpetuating individual and systemic racism in our lifetime; and we genuinely repent of racism of which we have been guilty, whether consciously (Psalm 19:13) or unconsciously (Lev. 4:27).” The resolution was adopted in 1995, the 150th Anniversary of the SBC.

Abortion rose to the battlefront during this era. Sadly, the Christian Life Commission leaders had a pro-choice stand in the 70s. That began to change with conservative culture warriors pushing a pro-life stand with the 1984 resolution in Kansas City’s Annual Meeting sealing SBC’s firm stand on abortion by calling it a “national sin” and “saving the mother’s physical life” as the only exemption. The SBC conservative resurgence was already 5 years old at this point.

But society continued to change, and the environment for Southern Baptists with it. Soon they entered a new era, as Renn describes it.

Society takes a neutral stance toward Christianity. Christianity no longer has privileged status but is not disfavored. Being publicly known as a Christian has neither a positive nor a negative impact on one’s social status. Christianity is a valid option within a pluralistic public square. Christian moral norms retain some residual effect.

Renn offers cultural engagement as evangelicals’ strategy of reaching secular America in this new era. These cultural engagers resisted a combative stance, while adopting a positive missional approach “in a pluralistic public square.” Pastor Tim Keller of Redeemer Presbyterian Church (NYC) hammered out a well-known cultural engagement strategy using apologetics with a friendly tone and tenor. Renn doubts this strategy will work today because the negative world is a hostile environment and takes no prisoners. “Tough choices are increasingly before us, offense is unavoidable, and sides will need to be taken on very important issues,” says Renn.

James R. Wood agrees that Keller’s approach of being “winsome” in a culture that is transitioning to hostile creates self-doubt as evangelicals continually face pushback and attacks. He says, “If winsomeness is met with hostility, it is easy to wonder, ‘Are we in the wrong?’ Thus, the slide toward secular culture’s reasoning is greased.”

The SBC in the Neutral World

The SBC started strong in the Neutral World. It chalked up 1,781 church plants and new affiliates in 2004. But momentum was diminishing. The SBC recorded only 857 in 2020.

Conservative pastors like Jim Henry, Jack Graham, Bobby Welch, Johnny Hunt were some of the SBC presidents in this era. Fred Luter became the first African-American pastor elected as SBC president in 2012 and the celebration in the Convention Hall was exuberant.

However, the world at large offered reasons for anxiety. In Renn’s terms, a new environment now prevailed.

Society has come to have a negative view of Christianity. Being known as a Christian is a negative, particularly in the elite domains of society. Christian morality is expressly repudiated and seen as a threat to the public good and the new public order. Subscribing to Christian moral views or violating the secular moral order brings negative consequences.

Renn pulls no punches as he says, “Despite ample evidence that America has now entered the negative world, no evangelical strategic approaches to it have emerged. American evangelicals are still largely living in the lost positive and neutral worlds.” Renn indicates that we are “in a denial of reality … unwilling to accept” our status among secular society.

Renn states that “Trump and wokeness are the two polarizers” for evangelicals as “80 percent of evangelicals voted for Donald Trump” but a much smaller share of the elite evangelical leadership class became the “religious equivalent of the ‘Never Trump’ movement.”

Russell Moore became the most well-known “Never Trumper” in the SBC, with similar fallout in the evangelical world “resulting in an elite-base split similar to that roiling the Republican party.” Renn speaks of culture warriors becoming fiercely hostile toward evangelical establishment elites, perceiving them to be the cause for theological drift while declaring their own culture war against other evangelicals rather that the secular world.

Renn thinks that culture warriors may survive while those who look to accommodate the culture will wane in the Negative world. Culture warriors may become smaller in number while pushed back from “public and cultural influence,” but their historic tenacity, finding the right future leaders, and acquiring “new skills and sensibilities” will help them grapple with future challenges until brighter days and bigger platforms come.

The SBC in the Negative World era

SBC establishment elites have already lost all our LifeWay bookstores. They have greatly reduced our International and North American missionary forces. Gone forever are our beautiful family-oriented Glorieta and Ridgecrest Conference Centers. They have reduced a once thriving cooperative spirit among many state conventions and associations in non-Southern states, while putting all our remaining eggs in the church planting basket with far less focus on training existing SBC congregations in communicating the Gospel to secular people in ways they can hear, understand, and respond to Jesus.

Now embroiled in a Convention-wide sex abuse scandal and crisis with the possibility of becoming uninsurable as a Convention due the Executive Committee’s vote to waive attorney-client privilege puts our historic method of funding missionaries in peril.

However, with the Supreme Court overturning the 50-year-old Roe v. Wade decision, Southern Baptist culture warriors caught a glorious gust of wind in their sails. Thousands are realizing, if we had followed the leadership of our condescending establishment elites, the Supreme Court would now be packed with Hillary’s progressive picks and Roe still in place. It is astonishing to observe those who cannot seem to celebrate this victory.

Renn closes on a positive note after saying, “Evangelicalism is in flux, and its future as a coherent movement is in doubt.” He believes we can and will adapt to changing times and again “thrive in the negative world.”