Some think he will hurt Biden, but the evidence shows otherwise. 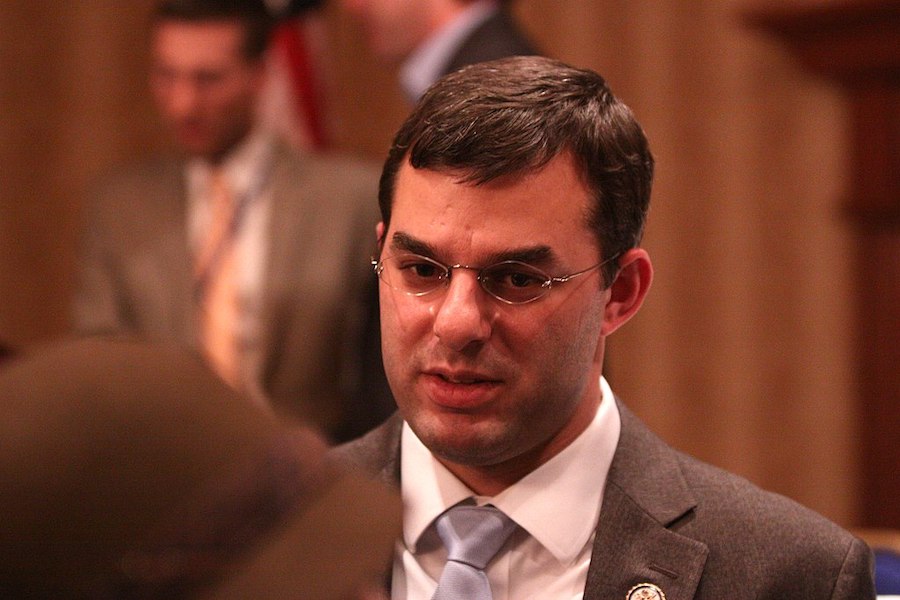 Will he help Donald Trump win reelection? Will he help make Joe Biden president? Former Republican Justin Amash threatens to run for president on the Libertarian ticket. No one knows what difference he’ll make. If he makes one at all.

The Michigan congressman created an exploratory committee on April 28. He considered it, he said last month, because Trump claimed “total” authority over when states will end lockdowns meant to stop the spread of COVID-19.

“When somebody’s the president of the United States, the authority is total, and that is the way it’s gotta be,” Trump declared. That alarmed Amash and many other conservatives. The president’s authority is not total. And he didn’t end up dictating when the states should open.

“Americans who believe in limited government deserve another option,” Amash said. That would be him.

The son of Middle Eastern Christians, Amash entered office as a Republican in 2011. He campaigned on Tea Party principles and earned a reputation as a strong proponent of freedom. Amash co-founded and chaired the conservative House Freedom Caucus.

He became the first Republican congressman to call for the impeachment of Trump, and voted for both articles of impeachment

But he started to become very critical of Trump. He opposed Trump as the presidential nominee in 2016. He became the first GOP congressman to call for the president’s impeachment. And he voted for both articles of impeachment. When Trump was accused of pressuring James Comey into stopping the probe into Michael Flynn, he said that if he did, he should be impeached.

Left His Own House Freedom Caucus

In June 2019, Amash left the House Freedom Caucus. He was forced out over his public statement that the Mueller report contains grounds for impeachment. The caucus denounced his statement. A month later he left the GOP to become an Independent. He became a Libertarian in April 2020.

When Amash announced he was leaving the GOP, Trump called him a “total loser.”

Great news for the Republican Party as one of the dumbest & most disloyal men in Congress is “quitting” the Party. No Collusion, No Obstruction! Knew he couldn’t get the nomination to run again in the Great State of Michigan. Already being challenged for his seat. A total loser!

Amash has a checkered record in the GOP. He says he’s a Christian, but in 2011 he voted against a House resolution that affirmed “In God We Trust” as the nation’s official motto. He was the only GOP member to do so.

His breaks with the party go farther than that. He voted against the Federal Disaster Assistance Nonprofit Fairness Act of 2013. That would have made all places of religious worship eligible for FEMA grants. The bill, he said, “skews the law away from fairness by making religious buildings automatically eligible for reconstruction aid when other entities aren’t.” In 2018, under Trump, the prior exclusion of churches was reversed.

Amash initially supported the Defense of Marriage Act. But he opposed it in 2013. He also voted against an amendment to the National Defense Authorization Act that would have prohibited the Department of Defense from using taxpayer funds to provide gender transitions to military members.

The congressman describes himself as “100% pro-life,” but voted against the the 2011  attempt to defund Planned Parenthood. He claimed that legislation defunding a particular organization was “improper and arguably unconstitutional.”

The next year, he voted against the Prenatal Non-Discrimination Act. It would have made it a crime for a doctor to perform an abortion on a woman who wants to end a pregnancy based on the gender of the fetus. Amash said Congress should “not criminalize thought” and the bill would be ineffective and difficult to enforce.

Those who predict that an Amash candidacy will take more votes away from Biden than Trump are probably wrong.

He has voted against a lot of military bills, usually siding with the Democrats. He has been critical of  Trump for many of the actions he has taken in that area.

Nevertheless, Amash has an 86.65 rating from the American Conservative Union. This is still well in the Republican camp, although the more moderate Republican section.

Why does all this matter? It gives us an answer to the question whether his entry into the race will help Biden or Trump. Those who predict that an Amash candidacy will take more votes  from Biden than Trump are probably wrong.

He’s far closer to Trump than to Biden. He will appeal to a significant contingent of never-Trump moderate Republican voters. He won’t appeal to many Democrats uncomfortable with Biden.

A Monmouth poll this month seemed to find that Amash won’t help or hurt either Trump or Biden. Is it right? As we learned in the 2016 election, where the polls incorrectly predicted Hillary Clinton would beat Trump, the polls disproportionately survey more Democrats than Republicans.

They don’t reflect their actual numbers. Nor do they survey only the voters who are most likely to vote, who lean Republican. Instead they survey all registered voters, which includes a lot who aren’t likely to vote, and those lean Democrat. So the poll likely left out a lot of Republicans, who if they don’t vote for Trump wlll most likely vote for Amash. He falls in line with their views more, and he’s not a Democrat.

The Libertarian Party will not win the presidency. It will not win a single electoral vote. All Amash is doing is acting as a spoiler. He only needs to flip one state to Biden to elect the Democrat — and that’s his own state, where he’s likely to do best.

Trump barely won Michigan in 2016 by .02 percentage points, the thinnest margin of any state. Amash could easily take away enough votes from Trump to tip his home state to Biden.

Trump supporters should be very worried if Amash enters the race. We could see a repeat of 1992, when third party candidate Ross Perot took votes away from President George H.W. Bush, tipping the election to Bill Clinton.