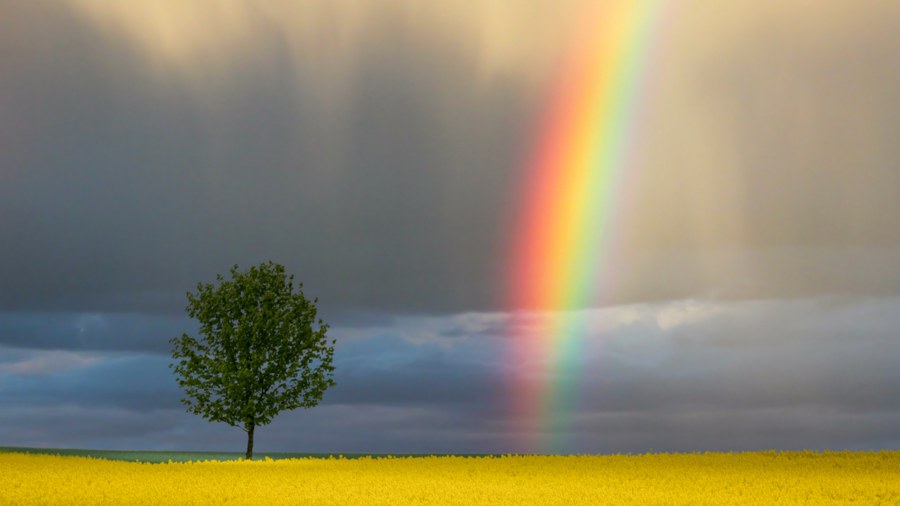 In the aftermath of the overturning of Roe (it feels wonderful to write those words!), America will be divided into pro-life states and pro-abortion states, in most cases, quite starkly. Will God make a distinction between them?

Consider these verses from Amos, where the Lord says, “‘I also withheld the rain from you when there were yet three months to the harvest; I would send rain on one city, and send no rain on another city; one field would have rain, and the field on which it did not rain would wither; so two or three cities would wander to another city to drink water, and would not be satisfied; yet you did not return to me,’ declares the LORD.” (Amos 4:7–8)

This was not a matter of God being vindictive. It was a matter of Him getting His people’s attention. Wake up, Israel! But Israel did not awake.

Will He do the same thing in America in the coming days in a (final?) attempt to get our attention?

How Natural Consequences Could Play Out

Jason Jones and John Zmirak painted a vivid picture of what we can expect in the years ahead, not so much because of divine activity but because of the natural consequences of policies and lifestyles:

The pro-abort states will gradually get older, poorer, more violent and less free. Believing that freedom begins and ends at the bedroom door, they will go choosing top-down, socialist answers to basic economics — which will go on hurting the poor. Soft-on-crime policies and intrusive social programs will remain mere Band-Aids on gaping wounds caused by the natural side-effects of the Sexual Revolution. High percentages of non-white kids will continue to be aborted. Poor communities will remain stuck in the glue trap of government dependence. By doubling down on the socially destructive legacy of the 1970s, blue cities will keep on going the way of Baltimore.

Meanwhile, pro-life red states will become younger, richer and freer. Minority communities won’t be devastated by 60% abortion rates, at clinics sited to target them. Most black babies will get to be born alive. But without the deadly backstop of an ‘easy,’ nearby abortion, more young girls will make wiser choices about having sex while they’re still teenagers. We’ll see the rate of unwed motherhood flatten, then decline — as young men feel the goad to marry girls if they really want them. A rebirth of marriage and fatherhood is the unavoidable outcome — restoring to the poor the one thing they need more than any handout: intact families to grow up in.

These predictions seem quite reasonable and could well become reality in the years ahead. And, in a very real sense, this is related to God. In other words, without Him sending rain on one state and withholding it from the next, this is a matter of sowing and reaping, of receiving the good consequences of honoring God’s principles or receiving the bad consequences of rejecting them.

But what about the Lord taking action as well? What about Him actively blessing one state while withholding that same blessing from another state? Could we see that happen as well?

My answer is: Why not? What scriptural principle in the Bible tells us that this could not happen?

It is true that, as a matter of what theologians call “common grace,” God “makes his sun rise on the evil and on the good, and sends rain on the just and on the unjust” (Matthew 5:45). If we (meaning the human race) got what we deserved, we would all have been dead a long time ago.

Of course, America is not Israel, and we do not stand in the same covenantal relationship with God that Israel did in the past. I fully understand that.

At the same time, God does bless or judge individuals, to this day. And the principle of Proverbs 14:34 is true for every nation: “Righteousness exalts a nation, but sin is a reproach to any people.”

The same can hold true for individual states or cities or towns, to this day. Why not?

And there’s no doubt that there was far more prayer on the pro-life side than on the pro-abortion side. Really now, how many groups engaged in prayer 24/7 for the preservation of Roe? Or, looking at this from another angle, how many pro-life witches do you know? The lines have been clearly drawn when it comes to pro-life vs. pro-abortion.

In fact, it’s become increasingly hard to say “pro-choice” rather than “pro-abortion,” since states like New York, Maryland, Virginia, and California have become much more pro-abortion than ever, radicalizing their stances in opposition to the pro-life movement.

I truly believe that if these pro-life states will pursue justice on every level, continuing to care for the babies in the womb and outside the womb and addressing any blind spots they may have on other justice issues, God will clearly smile on them. He will do this as an act of love and affirmation, and He will do this as a sign. The opposite will hold true for the pro-abortion states.

May the Lord get our attention nationwide!