Will BLM Leaders (and Supporters) Denounce the Attempted Coldblooded Murder of 2 L.A. Deputies?

Protesters blocked hospital entrances and shouted, "We hope they die!" 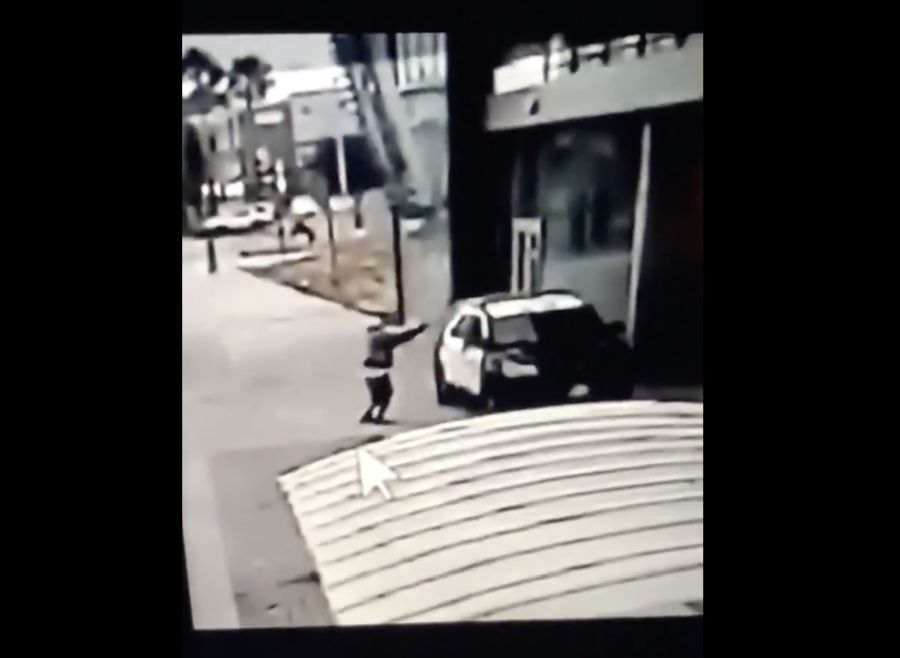 As of this writing (1 PM, ET, Sunday, September 13), two young Los Angeles sheriff deputies are fighting for their lives after being shot in the head and face. One is just 31 years old and a married mother; the other is only 24. They were ambushed and shot in cold blood by a single suspect last night, but as of now, there has been no official statement from BLM leaders condemning the shooting. Why?

We have no idea who the shooter was. But we do know that when word got out that ambulances were racing the downed officers to an LA hospital that protesters showed up to block the emergency room exits and entrances.

This is evil, sick, and demented. And at this moment, these sentiments are being associated with BLM.

Will BLM Leaders Step Up?

Now is the time for BLM leaders, both nationally and locally, to issue clear and unequivocal statements declaring, “We deplore the coldblooded shooting of these two officers of the law. We condemn this without qualification. This is antithetical to our values or our goals, and our cause is not advanced by the attempted murder of these two police officers.”

In the past, when misguided anti-abortion activists have shot and killed abortion doctors, pro-life leaders around the nation immediately said, “We denounce this killing. We are pro-life. We are not murderers. We condemn this act of violence without equivocation or caveat.”

At such times, you don’t dance around the issue. You don’t even talk about the horror of abortion at that moment. You simply say, “This killing was wrong, and it does not reflect our values or goals.”

That’s what BLM leaders and their supporters need to do right now, especially when the main picture we are getting is the one of alleged BLM supporters hoping these officers die.

That is the headline story on conservative news outlets all over the Internet today. And tweets like this are going viral: “This video shows 2 police in Compton being ambushed and shot while they sat in their car. BLM activists then blocked the ambulance entrance of the Hospital ER shouting ‘We hope they die’.

“If you’re an undecided voter, I hope you just made your decision.”

As a nation, we were sickened by the video of death of George Floyd to the point that staunchly conservative, pro-police voices like Dan Bongino spoke out against the actions of Derek Chauvin.

Yet I don’t believe for a second that Chauvin set out that day to kill a Black man. And I don’t believe that the vast majority of police officers are looking for opportunities to engage in acts of brutality against unarmed Black suspects.

Even so, when we see something horrible like the death of George Floyd or the death of Ahmaud Arbery (which I wrote about immediately upon seeing the video), we raise our voices and say, “This is terribly wrong, and those involved must face justice.”

Even President Trump called for an immediate investigation into Floyd’s death, while around the nation, we were saying Floyd’s name.

Yet, to repeat, as reprehensible as Chauvin’s actions were, I don’t believe he saw George Floyd that day and said, “I want to kill him.” In contrast, last night’s shooter clearly had one goal: to murder those two officers as they sat in their car.

Where is the condemnation? Where is the acknowledgement that the life of a young mother and a young man also matter?

I’m looking right now at headlines on CNN and MSNBC and Huffington Post. None of them mention the protesters outside the hospital trying to block the doors or shouting for the death of the wounded officers. In fact, none of the stories mention this at all.

Over at the New York Times homepage, I do not see a single headline about the shooting, let alone about the ugly, death-desiring protests. Not one. Why?

Back in June, the heartbroken 16-year-old daughter of a slain cop — also ambushed and murdered — posted this moving tribute to her dad: “Words cannot describe the pain I’m in, but I’m glad my dad is at peace. You were an amazing man and anyone who ever came across you knew that. I’m going to miss you so much. you died doing what you loved most, you died a hero. i love you daddy, see you soon. #bluelivesmatter.”

In response, she was savaged by critics and mockers on social media. “Multiple users declared that ‘blue lives don’t exist,’ while others posted laughing emojis and messages such as, ‘[expletive] you and your dead daddy.’”

It got so bad that this grieving teen deleted the tribute to her dad. What kind of sick world are we living in?

The fact is, by condemning the attempted murder of these two officers, the BLM movement can show its humanity, its concern for justice, its desire for equal treatment for all under the law.

And by condemning this horrible, cowardly act, the leaders can reiterate that saying “Black Lives Matter” does not mean that other lives do not matter.

Right now, however, many of us honestly do not know where the radical leaders of this radical group stand. (For those unfamiliar with my viewpoints, I absolutely affirm that Black lives do matter and call for equal treatment of all in our society. But I reject the BLM movement.)

BLM leaders and major supporters, where are you? Or is there so much hatred for the police that you cannot bring yourselves to condemn this murderous attack on these officers of the law? Your responses (or lack thereof) will be very telling.

For the moment though, let us not forget the victims. May God grant them a complete recovery, and may the shooter be brought to justice.