Because it's lying as well as stealing. A lesson from "Sermongate" 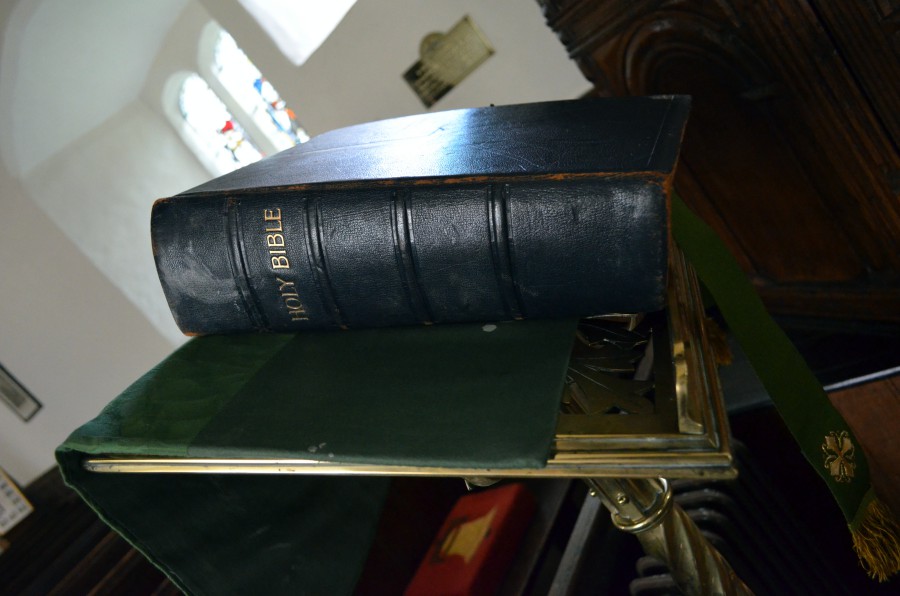 I was very disappointed, and a little disillusioned. A half-Christianized, half-secular young man, I’d met an elderly Baptist minister I much liked and admired. He’d been a missionary in the Far East for most of his life, and spoke gently and thoughtfully of spiritual things. He loved Jesus and he loved the Bible, and he seemed to love the people he preached to.

Everyone laughed. He used his wife’s family’s story to talk about the dangers of trusting traditions. He suggested that many church traditions were as silly and as pointless as cutting off the end of the roast.

For David Mills’ insight into preaching, see The Secret to Preaching Good Sermons. It’s not what you might think.

I realized, with real sadness, that it was just one of those stories preachers tell. They can’t just tell it as an anecdote. They have to increase the effect by telling it as a true story, as their own story. But it’s not. They’d lied.

A man I’d trusted and believed to be a man of complete integrity had lied. A small lie. Not very important. It didn’t affect anyone’s life. But he said something he knew to be untrue, and he said it for effect. And he was a man who preached the absolute need to do the right thing.

I was old enough to understand that Christian leaders fail. I knew that I did, and couldn’t point the finger at the old pastor. But I  still, I couldn’t entirely trust him. He had thrown away for a cheap effect the crucial quality — rigorous honesty — that made him a witness.

The subject keeps coming up in different Christian circles. A lot of pastors seem to claim other people’s words as their own, and other people eventually notice. It’s come up recently in the Southern Baptists’ “sermongate.” They steal, and in this case stealing is lying.

Every time it comes up the discussion goes basically the same way. The critics point out that it’s stealing. (Southern Baptist leader Al Mohler called it “despicable.”) The pastors who do it say everyone does it and it’s not a big deal. They claim that no one thinks they write all their own sermons. Everyone knows they take stuff from other preachers. They explain that they have to preach so much, they have to “borrow” or “use” other people’s words. Some claim they’re only doing it for the people. Some academics or journalists insist that the sermon is a special kind of discourse that allows such “borrowing.” The critics again point out that it’s stealing.

Because it is. The great majority of people in the pews — and nowadays, watching on YouTube — think the pastor wrote the words he’s saying. His words express his own hours of work, his gifts and character, his insight, his attitude to the Scriptures, his prayer life. And his own hard work. When he uses someone else’s words or ideas without admitting it, he tells the congregation falsely that they’re his.

He shows them a false image of himself. And he accepts and benefits from the praise he gets from doing so. That’s just lying. They do the thing one of the Ten Commandments tells us not to do.

It’s Hard Being a Preacher

As a writer, I understand the temptation. You’ve got to please your readers and hearers. It’s even worse for preachers. they face Christian celebrity culture. And not just at the high level of the two men caught in “Sermongate.” People in small country churches want their pastor to be a star, a man above the normal level of men.

And that means people expect of a lot of their preachers. That sermon better be a darn good sermon. What do we pay him for? they say. What does he have to do all week anyway? Why do we pay for a staff if he’s not going to preach great sermons? If he doesn’t get better, I’m outta here and taking my money with me.

And it’s worse, as Ruth Graham points out in the Times story, because the poor pastor has to compete with all the star preachers on YouTube. (Some of whom, it turns out, were themselves stealing material from others.) Not to mention their better clothes, better haircuts, and all the help they get from their assistants and the techies.

Preaching’s a hard job. My former students who became pastors have told me sad stories of congregational abuse, based in completely unrealistic expectations. There’s no pleasing some people, and some of those people can make a pastor’s life hellish.

But still, you don’t lie. You don’t pretend to be someone you’re not. You talk to your people, “Just as I am, without one plea, but that Thy blood was shed for me.”

No Need to Lie

It surprises me that preachers steal like this and in stealing lie to their people. They don’t need to. The preacher gets praised for what he says even if he admits where he got a lot of it. It’s his sermon. It’s his special creation. And people hear it that way.

The preacher’s the guy who put it together, after studying the Scriptures, reading other things, thinking about his people and what they need to hear. He’s the man uniquely placed and uniquely called to speak God’s Word to these particular people. The celebrity preacher on YouTube doesn’t know them, doesn’t love them, and isn’t preaching to them. Their pastor is.

And except for a few peevish little people, their people will credit them for what they say. It’s easy to say, “Pastor Jones put it well” or “I love these lines from C. S. Lewis” and “I got this idea from Professor Murgatroyd’s commentary.” The pastor gets credit for giving credit. What people remember isn’t that he took a few quotes or ideas from someone else, but that he preached a good sermon that spoke to them.

I said earlier that elderly minister’s lie didn’t affect anyone. As I’m finishing this, I’m thinking it did. It affected me, in breaking the trust I had in him and making me doubt some of the good things I got from him. And in making me more cautious in listening to preachers. His lie did affect me. Not a lot, but a little.

He was a lovely man. If only he’d been more scrupulous in telling the truth. And if his small lie had a small effect on a young man who trusted him, imagine what harm bigger lies from more influential pastors do.

David Mills is a senior editor of The Stream. After teaching writing in a seminary, he has been editor of Touchstone and the executive editor of First Things. He writes the monthly “Last Things” column for the New Oxford Review. His previous article was “They Laughed at Jesus, and Should Have.”

The Secret to Preaching Good Sermons