The Secret to Preaching Good Sermons

It's not being good at preaching 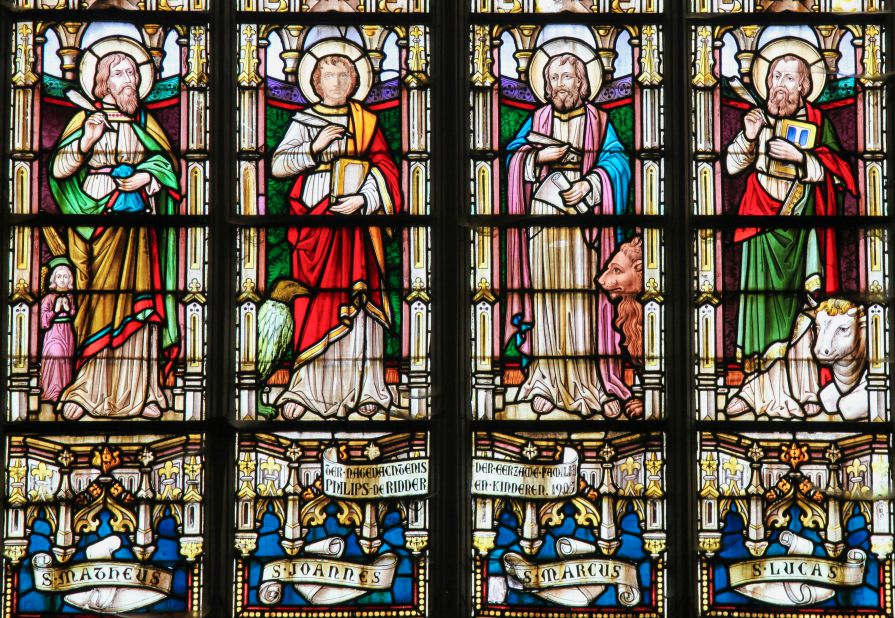 The four evangelists, Matthew, John, Mark, and Luke, from a window in St. Catherine's Church in Stabroek, Belgium.

A few years ago, we had a pastor who preached flight-of-the-bumble-bee sermons. Hopelessly disorganized. He’d take a subject and get halfway through it and then bounce to another one, and after that another one. He might switch subjects six or eight times in twelve minutes. When he was getting near the end, he’d head for a logical conclusion but usually never get there.

I hate this kind of disorder and confusion. But I loved his preaching.

I think I know the reason. It’s not one the people who write books on preaching seem to notice. They tend to focus on technical skills or the preacher’s character. The preacher needs both, but to really preach well, he needs something else. I write as a layman, but a layman who’s tutored preachers and preached himself. It’s a work I know.

For David Mills’ comment on “sermongate” and the way some preachers present others’ words and ideas from others, see Why Preachers Shouldn’t Steal Their Sermons.

A lot of his sermons were great, the rest weren’t very good. He’d asked me to comment on his preaching and one day I said that Sunday’s sermon hadn’t been one of his better ones. “I didn’t have enough time to pray,” he said. It had been one of those weeks when hospital visits and meetings and trying to fix the finances had swallowed his time.

He explained that he tried to pray through the parish list each day. He prayed for everyone on it by name, and I think tried to ask for something for each one. The church was small, but still, with all the elderly shut-ins and the people who rarely came, he had 300 or more people to pray for. It must have taken an hour if not two a day. And hours of concentration, too. He didn’t just zip through the names.

I think I know the reason his prayer changed his preaching. His intense prayer for his people affected what he saw in the lessons. Prayer is a way of seeing and learning. You grow in knowledge of the people you pray for by praying for them. Our dyslexic pastor read the Bible as speaking to people he knew, people he loved, a kind of vision that dyslexia didn’t affect. He saw in the Scriptures for the Sunday the truths his people most needed to hear. Sometimes comforting ones, sometimes challenging ones. Sometimes invitation and sometimes judgment. But always the truth we needed to hear.

I looked forward to our pastor’s flight-of-the-bumble-bee sermons. He always said something striking, something that made me think, a truth I took home with me. The reason was the same as my former pastor’s. He loved Jesus and he loved his people, and he prayed for us intensely. He read the day’s lessons as the pastor of people he knew. Because he loved his people, he found the truths in the Scriptures that spoke most to those of us in the pews.

I’m afraid I can’t remember a good example. I sat under his preaching to learn, not to analyze. But I do remember one general thing. It was a congregation of older people and younger people, most of whom were physically or economically vulnerable. Some had suffered difficult upbringings, or broken families, or divorce, or had some other heavy burden. Some of the older people cared for sick or dying spouses or parents. Some of them were themselves sick or dying.

Our pastor, knowing his people, emphasized the comfort in the day’s Scripture readings. He didn’t just tell us that God loves us, etc., though. That would have been true but trite. He talked about what you might call the transcendent comfort: that God stays with us, loves us completely, wants our perfect happiness, but that He sees more than we do and knows our lives extend into the next world. Part of the Gospel’s comfort is that whatever we’re suffering, God will use it for our good and His glory, and if we let Him, He’ll take us through our suffering all the way to Heaven. His sight transcends ours.

He didn’t tell us we wouldn’t suffer. Enough preachers do that, as if the Gospel means everything will work out great in this life, pretty much as we want it to. His people knew that was rubbish. What we needed to hear through all the different Scriptures we read, was the truth that God loves us, He’ll take care of us, we must never let Him go, but it won’t always be easy either. He fine-tuned that insight in ways I don’t remember. But I always knew he wasn’t preaching to “the congregation,” he was preaching to us.

That’s the big secret to good preaching. Pray intensely for your people. Pray for them a lot. Let other things go, like reading another commentary, to give you time for prayer. Wherever that bumblebee flew, he said something we needed to hear.

David Mills is a senior editor of The Stream. After teaching writing in a seminary, he has been editor of Touchstone and the executive editor of First Things. He writes the monthly “Last Things” column for the New Oxford Review. His previous article was “Why Preachers Shouldn’t Steal.”

An Open Letter to Silent Pastors: Fight or Fade Away