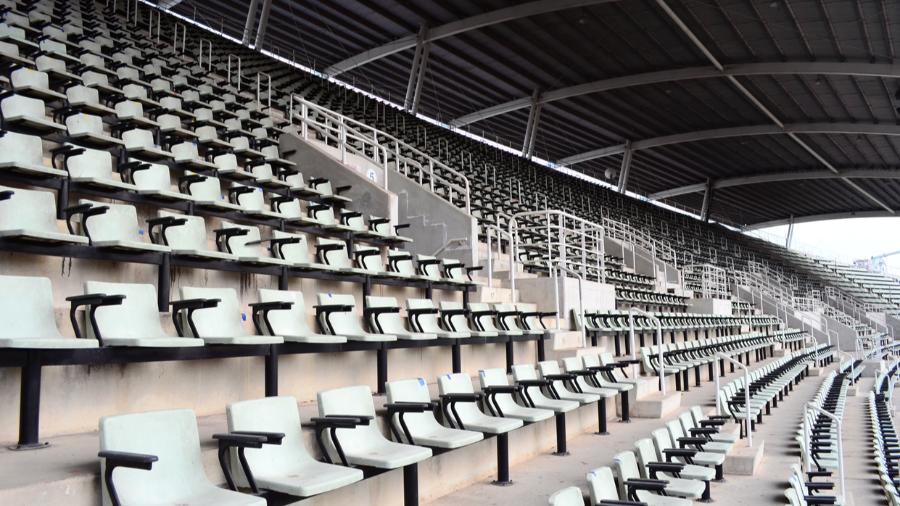 It’s true that many sports fans take their sports very seriously. But to watch sports is to watch people play a game. It is a distraction from the real world. It is meant to be entertaining. It is meant to be a fun break. That’s why it’s so difficult to mix cultural and political messages with sports. We’re watching sports to get away from our troubled world for a bit.

It’s another thing when spectators are forced to listen or to watch cultural or political messages before or during a game. That feels like an unwanted intrusion, as if the sports world is saying, “You cannot enjoy the game until you hear our message.”

How would you feel if your favorite restaurant had a similar policy? Before you order your meal, the server lectures you on social justice, and then before dessert, another message is shared. Wouldn’t that feel like an unwanted intrusion?

But I don’t say this to criticize professional athletes today who feel the need to raise their voices. They have a right to their convictions. And the fact they’re making millions of dollars because of the American system doesn’t mean they can’t address perceived problems in that system. Just because they made it to the top doesn’t mean they must forget their roots.

That feels like an unwanted intrusion, as if the sports world is saying, “You cannot enjoy the game until you hear our message.”

I’m just saying that trying to mix politics with sports will result in a loss of fans, a trend that has been growing over the last few years.

“But,” you say, “there’s a reason these pre-game protests are taking place. It’s because the national anthem is sung before every game. The athletes were already forced to make a political statement. Why criticize them now for making a different statement?”

The First Documented Time Americans Sang the Anthem at a Game

As for singing the national anthem, that’s a very fair question. Isn’t that making a political statement at the start of every game? Isn’t that calling for a patriotic response, both from players and spectators alike?

It absolutely is, in which case it’s only right to ask: Then what about players who have a problem displaying their patriotism because of perceived injustices in our country? Why should they be forced to do so? Or why should be they penalized for sending a different message?

Again, these are all good questions, but they can be answered by going back to the purpose of playing the anthem before major sports events.

According to Time Magazine, citing from Marc Ferris’s book Star-Spangled Banner: The Unlikely Story of America’s National Anthem, “The earliest documented performance [of ‘The Star-Spangled Banner’ at a baseball game] occurred on May 15, 1862, during the opening game played at Union Base Ball and Cricket Grounds in Brooklyn, New York.”

But because it was too expensive to have a band present to start off every game, the anthem was reserved for major events. This included “the first game of the World Series on Sept. 5, 1918.”

“Americans were so rattled by World War I that the game ‘almost didn’t happen,’ according to the World War I Centennial Commission. ‘Out of respect for the soldiers, baseball officials wanted to cancel the World Series between the Boston Red Sox and the Chicago Cubs. When it became known, however, that American soldiers fighting in France were eager to know the Series’ results, the games commenced.’”

So, the anthem was a celebration of patriotism and unity and courage, also standing as a tribute to our soldiers fighting for freedom overseas. And that’s why protests staged during the anthem, however well-intended they may be, are perceived by many Americans as a slap in the face to our country, in particular to those who fought and died for our country.

Understandable Why Fans are Dropping Out

Most Americans sitting down to watch NFL games during a holiday like Thanksgiving will not appreciate what they perceive to be anti-American sentiments. They want to enjoy their sports and celebrate their country, not be lectured about how bad America is.

Even for Americans who are concerned with police brutality and/or racial injustice, many do not appreciate the BLM movement. Yet it is BLM that is shouting from the rafters of our COVID-emptied arenas, especially in the NBA. Add to this the NBA’s rank hypocrisy in its cozy dealings with China, whose atrocities are infinitely greater than those of our country’s bad cops, and it’s understandable why many fans are dropping out.

What, then, is the best way for these professional athletes to express their convictions and make public statements? I’m not entirely sure, although the Miami Dolphins football team came up with a unique way to make their point. What I am sure about is that many (if not most) Americans will not take kindly to sports being intertwined with politics. Can’t we just have a little fun?