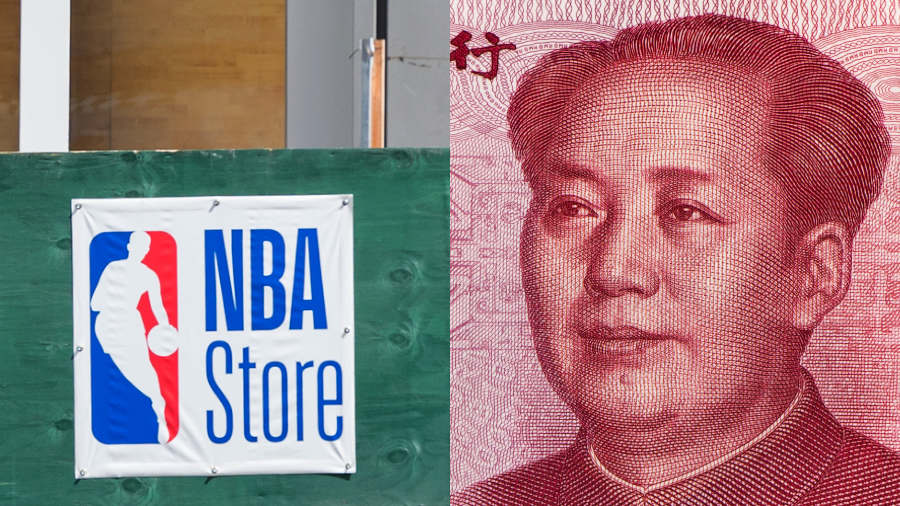 I am not speaking about individual NBA players or their motivations (although some players, to be sure, could be called out). I’m speaking of the league as a whole, of the organization. Its hypocrisy is absolutely sickening.

Yet, I wrote, the “NBA has had no problem getting in bed with an oppressive country like China, which imprisons and tortures Christians and Muslims and others who do not toe the party line.

“Tens of millions of people experience severe daily restrictions under the tyrannical policies of President Xi, with countless tens of thousands suffering right now in ‘reeducation camps’ and jails.”

Since then, the crackdown against Christians and Muslims in China has continued to increase, with reports of the demolishing of church buildings, destruction of Christian homes, fresh arrests and beatings, along with more deportation of Muslims into concentration camp-like facilities. (See here and here for examples.)

And now, just this week, there are reports “alleging that Chinese coaches at three NBA training academies in the Asian country physically abused their players and failed to provide them with promised schooling.”

This prompted Sen. Tom Cotton to say, “They even had one of these camps in northwestern China, where China is running reeducation gulags for a religious minority … they liken it to Nazi Germany in World War II. I understand the NBA has deep financial ties to China, but you have to ask at some point, what’s wrong with the NBA?”

Yet the very same day Cotton made these remarks – Thursday, July 30 – was the day that the NBA launched its abbreviated season finale. What timing!

And, true to form, before the national anthem of the first game, every single player and coach took a knee, and every one of them wore a Black Lives Matter shirt.

This is the NBA with a deep social conscious.

The NBA proclaiming loudly and clearly that it stands against racism and injustice.

The NBA approving messages on player jerseys including: Black Lives Matter; Say Their Names; Vote; I Can’t Breathe; Justice; Peace; Equality; Freedom; Enough; Power to the People; Justice Now; Say Her Name; Sí Se Puede (Yes We Can); Liberation; See Us; Hear Us; Respect Us; Love Us; Listen; Listen to Us; Stand Up; Ally; Anti-Racist; I Am A Man; Speak Up; How Many More; Group Economics; Education Reform; and Mentor.

What rank hypocrisy. What gross double standards. What a shameful display of self-righteousness.

In fact, to the extent that the NBA is serious about these slogans, it makes their deep cooperation with China all the more disgraceful.

And how hypocritical it is that the NBA is shouting its message for the world to hear (it is, indeed, a global sport) while, just last October, the general manager of the Houston Rockets, Daryl Morey, had to apologize for tweeting his support for the brave, freedom-loving, Hong Kong protesters.

How dare he stand with these courageous citizens who risked their lives facing down the tyranny of China. How dare he tweet an image saying, “Fight for Freedom. Stand with Hong Kong.” How dare he poke the bear in the eye with truth and righteousness and justice. Silence!

But you better believe, when it comes to American social justice, the NBA is all in. Totally righteous. Standing tall. “Look at how woke we are!”

Perhaps, if you are a graphically gifted reader of this article, you could compose a meme featuring the Hong Kong protesters with some of these NBA slogans superimposed, such as: Power to the People. Or, See Us; Hear Us; Respect Us.

Or perhaps you could make a meme showing the persecution of Chinese Christians and slogans like, Say Their Names. Or, Ally.

Or maybe a meme featuring Uighur Muslims being herded into forced labor camps accompanied by slogans like, I Can’t Breathe. Or, Freedom. Or, I Am A Man.

Or maybe one with children being abused in these Chinese, NBA training camps with slogans like, Love Us. Or, Education Reform.

Or maybe just a meme depicting NBA leadership in the Garden of Eden, but instead of a forbidden fruit tree (the Tree of the Knowledge of Good and Evil) there was a tree growing dollar bills. And maybe the meme could carry a quote with a new NBA slogan: “Greed Kills.” It would be a poignant image of the sickening hypocrisy of the NBA.

The bottom line is this: If you’re going to stand for righteousness and confront evil and injustice, then, to quote Nike (another hypocritical player), just do it – evenly, and across the board.

Otherwise, best not to do it at all. The hypocrisy is downright offensive.

Blood Guilt, Jewish or White, Is a Dangerous Lie