Why I’m a Climate Denier and You Should Be Too 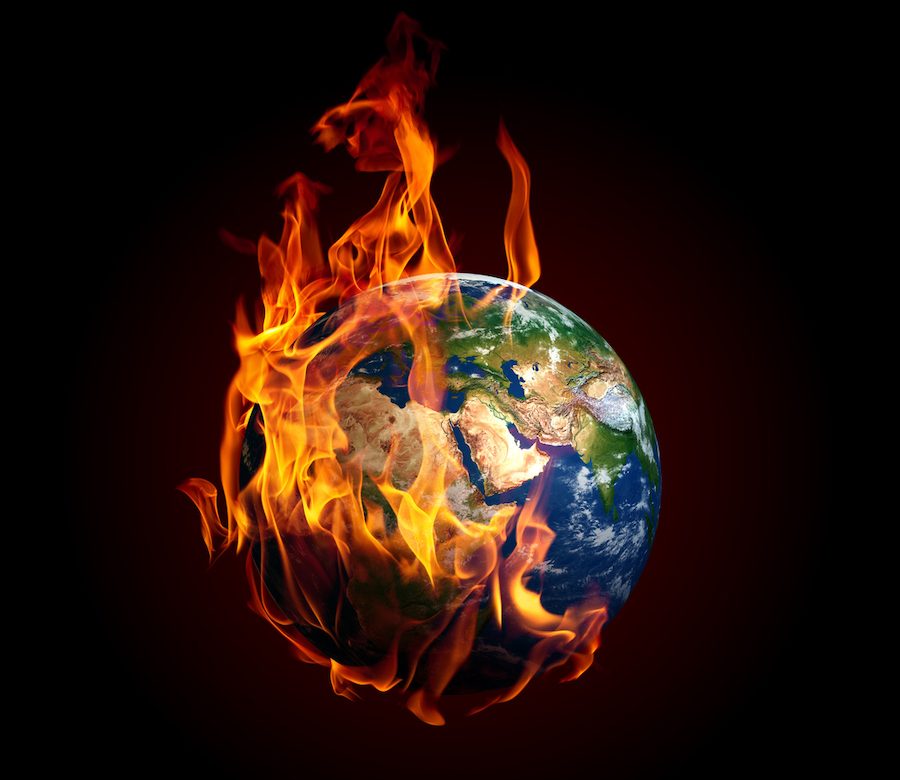 We in the West aren’t facing intellectual trends and resulting political movements, so much as the rise of a new and false religion, whose purpose is solely power. Indeed, historically, most forms of idolatry stemmed from the hunger for control — over nature, over one’s neighbors, then over entire societies. You feed the gods in the hope that they’ll make you fertile, virile, and powerful. That’s what your “secular” colleagues and fellow citizens who claim to believe in Science are actually engaged in. They’re animists worshiping fetishes, in the hope of becoming wizards.

Remember that the next time one of them tries to condescend to you. Laugh at him, as you would at a witch-doctor in the jungle. Mock him for what he is, a modern-day priest of Baal. Blaspheme his false gods and drag his “holy” things through the mud. It’s not just good, clean fun, but your solemn Christian duty.

Don’t Bother with Their Arguments

The Woke cult (in all its aspects) is a religion that rests on faith and a blind, anti-rational one at that. (Where did all of those 45 extra “genders” come from? Were those discovered in the laboratory — uncovered in caves like the Dead Sea Scrolls?) So there’s little point engaging the cult on the surface, getting tangled in its least important, largely decorative aspects. That is to say, in the rational arguments and factual claims that leftists present.

They may or may not believe such things when they say them. But they’re not really attached to them. Their faith doesn’t flow from the accumulation of evidence or the articulation of syllogisms. Knock down their arguments one by one, poke holes in their tissues of “proof,” and they’ll just stare at you, like monkeys who pelted you with their poop, only to see you toss it right back at them. What they care about — and hence what you must attack — is really the following:

This is the creed your kids are likely learning in college, or high school, or grammar school — maybe even in Sunday school. When you see a rainbow flag hanging over a church, you know that it has defected, that it now venerates the Woke trinity of Caesar, Mammon, and Sodom. Avoid it like a sex shop or a crack den.

A person could spend a lifetime patiently chopping off heads from the Protean monstrosity we face today. Indeed, I’m engaged in just that Herculean labor five days a week, 52 weeks a year. The bad ideas, lies, and tyrannies of our enemies thunder upon us with all the spirit (and spirits) that goaded the herd of Gadarene swine.

But one of them is the most dangerous, and it isn’t the most obviously evil. Instead, it’s the most deceptive, the least outrageous, the one most likely to yield to our enemies comprehensive power — which of course they would use to terrorize us.

The Climate Cult, Worse than the Aztec Creed

I speak of the Climate cult. Now, I don’t know how much the earth’s climate is warming, or what might be causing it. Neither, for all their credentials, hubris, and arrogance, does anybody else. People have theories, institutions make models, and computer algorithms follow their programmers’ instructions and spit out results. Nobody really knows, because the earth’s climate is a fundamentally chaotic system, enormously complex and still poorly understood. It may be so complex that predictions are literally impossible. Or maybe not. We don’t know, and won’t know for decades or even centuries. For more on that, with evidence, see The Politically Incorrect Guide to Climate Change.

When you read the claim that “97 percent of scientists” or some such made-up figure believe in the theory that man-made carbon use is raising the earth’s temperature and rendering the planet less inhabitable, you’re being manipulated. You’re being played.

You’re the target of a global influence campaign by wealthy, white elites in a small number of countries who wish to centralize all economic and political power in their own hands. They might call it “sustainability” or “the Great Reset,” but what it amounts to is a planetary coup d’etat by the richest of the rich, who wish to pull up the ladder behind themselves, and enshrine their power as permanent.

Remember How Safe the Vaccine Was Supposed to Be?

They cite a “scientific consensus.” You can’t evaluate that on its merits unless you’re a climate scientist — but then if you are, and you disagree with it, they label you as “discredited” and attempt to destroy your life. The same thing happened during the vast, stage-managed panic over COVID, when brilliant scientists and doctors like Robert Malone and Peter McCullough were suddenly canceled, censored, and sued — for daring to dissent from a World Health Organization whose science-illiterate Ethiopian president answered to Communist China … the source of the bioweapon unleashed on us.

The same people who solemnly assure you that they can predict the global temperature 100 years from now … approved dumping COVID patients in nursing homes, and insist on vaccinating children today against strains of the disease that disappeared months ago, using serums developed with organs stolen from aborted babies. They also approve of teaching those same kids that there are 47 genders, and giving them puberty blockers that would chemically castrate them — or worse.

Remember the past “scientific consensuses” that just happened — by sheer coincidence — to demand the centralization of power over the masses in the hands of rich, white elites. Such as overpopulation, which was supposed to cause mass starvation in the U.S. and Britain by the late 1970s.

A huge majority of “scientists” commenting on questions far outside their professional competencies agreed with such predictions. Governments panicked and embarked on mass sterilization campaigns — or worse, as in China, in mass forced abortions. No such famines materialized, except in Communist countries, where famines aren’t a bug but a feature.

Before “overpopulation” there was a powerful scientific consensus backing … eugenics. Elites in England, the U.S., and Germany — the three leading scientific countries on earth at the time — all agreed that social problems from promiscuity and lawlessness to “feeble-mindedness” were mostly hereditary. So the only way to solve them was to guarantee “more children from the fit, and fewer from the unfit,” in Margaret Sanger’s deathless words.

The Green New Deal isn’t a product of 2017, but 1934. That’s when Sanger cited the scientific consensus for eugenics to promote an American Baby Code. If enacted, it would have required each couple considering parenthood to obtain a license from the federal government for each child they wished to have. That didn’t pass, but Sanger’s followers did pass legislation in 13 states requiring forced sterilization of citizens who failed culturally biased IQ tests. Those operations continued well into the 1960s: rape victim Elaine Riddick was one of some 60,000 victims.

Today elites are banning fertilizer, shutting down oil pipelines, closing nuclear power plants, and punishing farmers … embarked on a long series of measures to make it impossible for the world’s 7 billion people to eat, work, stay warm or cool, or generally to … live. And they’re doing it in service of a theory about the future which rests on the same flimsy argument from authority as overpopulation and eugenics.

And “educated people” falling for it in droves, as they fell for the old superstitions too, like Charlie Brown kicking the football.

Below, for your edification, is 15 solid minutes of “educated” people accepting arguments for “climate change” and the centralization of power in the hands of unelected, unaccountable global elites. I encourage you to force yourself to watch it all the way through.

The fact that a claim by elites about an “apocalyptic” crisis would grant them vast, arbitrary power over millions or billions of people is by itself sufficient to make their claims highly dubious. They’re partisan, they’re biased, their hands are in your pockets already stealing your wallet and keys. Assume that anyone doing that is both a liar and a thief, or best a delusional zealot who shouldn’t be permitted access to pointy objects, much less the power to dominate 7 billion human lives.