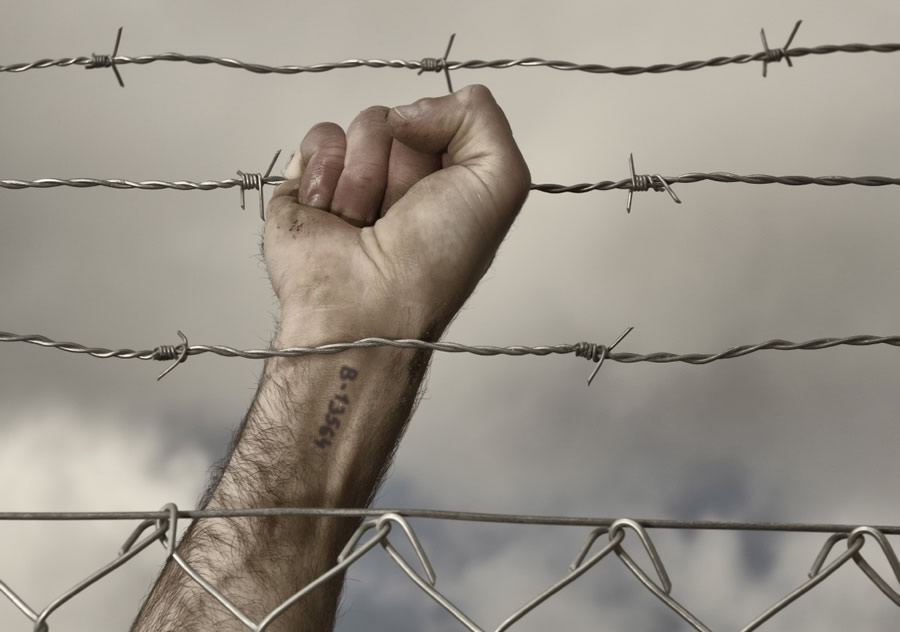 As I did yesterday, I’m eschewing originality this time in favor of usefulness. Imagine me leaning much too close to you, and speaking like some Palestinian used car salesman when I say, “I am only trying to help you, my friend. In fact, I am losing money on this deal. Losing money! But I like your face!” Then I give your cheeks a squeeze. The ones on your face.

Today I call your attention to a magnificent piece of reasoning, and writing, but not by me. Instead it’s by Canadian Catholic missionary and musician Mark Mallett. He’s not someone I knew about before. But I was deeply impressed by his placid, bulletproof reasoning on the subject of the Dead Baby vaccine. (As I said, he’s placid, I’m not.) And further on the mind-blowing abuse of authority Pope Francis has committed, and pressured other bishops to follow, demanding that Catholics take the vaccine. (The latest wrinkle: only vaxed tourists may enter Vatican grounds, and non-vaxed employees will be fired.)

The best thing I can say for Pope Francis on this subject is that he hasn’t invoked the highest, infallible level of authority for this teaching. We know that from the language in which he has couched his smarmy demands. And because Rome hasn’t been destroyed by an aerial blast, like biblical Sodom. Yet.

But back to Mallett. I urge every reader, Catholic or not, to sit down and go carefully through his long, detailed arguments on the moral implications of bishops demanding that Catholics seek medical benefit from abortion-tainted vaccines. I will just quote a few of his key points, and comment on them briefly. If you’re troubled at all on this issue, or need some reassurance, or ammo to use on your friends (friendly fire’s my favorite kind), brew a cup of coffee and give Mallett’s essay the 30 minutes it deserves. Or the 10 minutes I gave it because I’m a speed-reading freak dosed up on too much coffee. Or you could watch the video Mallett produced, Following the Science.

Let’s start with a definition, though. It’s not a word Mallett uses, because he’s a nice, respectful Catholic layman, and beyond that a Canadian. The word is “tyranny.” Dictionary.com gives as the first definition for it the following: “arbitrary or unrestrained exercise of power; despotic abuse of authority.” As Mallett shows, the Vatican and the bishops have grossly and arbitrarily exceeded their proper authority in demanding we take the vaccine.

Furthermore, they’ve misused that authority by falsely declaring the vaccine to be ethical for all, despite its dependence on the abuse of the corpses of babies who were aborted as part of a conspiracy to obtain fetal organs. And that is the only way you can get usable organs from unborn babies — by taking them out alive, and removing the organs instantly. Or even before they are dead. You know, the way the University of Pittsburgh is vivisecting pre-born babies, with funding approved by Dr. Anthony Fauci.

Mallett goes through and carefully debunks the false premises which lazy, worldly churchmen have unthinkingly adopted, then dogmatically doubled down on, imposing them on the faithful.

This Is a Vaccine

In fact, we’re just being courteous when we refer to the Jab as a vaccine. As Mallett shows, it isn’t:

[T]he mRNA injections are not vaccines in any traditional sense. According to the United States Food and Drug Administration (FDA), it is a “gene therapy”. This is a technology that has never made it to market after nearly twenty years of research because of its lethality in animal trials. It only found “emergency authorization use” during this current declared pandemic.

Why is this important? There are no long-term studies of this current “vaccine”, a process which normally takes 10-15 years before being mass distributed. Second, the clinical trials of these mRNA injections are not slated for completion until 2023. This means all the trial and safety data are still being collected while the product is being injected into millions of arms. This, by very definition, makes this an experimental injection. … The CEO of Moderna admits that this technology is “actually hacking the software of life.”

We Are Ethically Bound to Take This “Vaccine”

Since the mRNA gene therapies are experimental, any coercion or “mandate” to force someone to be injected with this technology is a direct violation of Catholic teaching as well as the Nuremberg Code. This Code was developed in 1947 to protect patients from medical experimentation, stating as its first declaration that ‘the voluntary consent of the human subject is absolutely essential.’

Mallett debunks this false claim next. He points out:

[T]he Vaccine Adverse Events Reporting System, established to collect information on vaccine injuries, reveals that 15,386 people have reportedly died after receiving the injection as of September 17th this year; 20,789 have been permanently injured; and over 800,000 have reported some kind of adverse reaction varying in severity. For perspective, Dr. Peter McCullough, who has worked on drug safety commissions, notes that: ‘A typical new drug at about five deaths, unexplained deaths, we get a black-box warning, saying it may cause death. And then at about 50 deaths it’s pulled off the market.’

Moreover, Dr. McCullough notes a Harvard study that found only about 1% of actual adverse reactions are reported to VAERS. That means the aforementioned injuries and deaths may be exponentially higher. Finally, Dr. McCullough himself states: ‘We have independent evaluations suggesting 86% [of deaths] is related to the vaccine [and] is far beyond anything that is acceptable… It’s going to go down in history as the most dangerous biological-medicinal product rollout in human history.’

We Have No Alternatives

Mallett notes that this too, is a willful lie, citing one study:

‘Meta-analyses based on 18 randomized controlled treatment trials of Ivermectin in COVID-19, have found large, statistically significant reductions in mortality, time to clinical recovery, and time to viral clearance. Furthermore, results from numerous controlled prophylaxis trials report significantly reduced risks of contracting COVID-19 with the regular use of Ivermectin.’ In fact, one of that study’s authors testified before a US Senate Committee hearing: ‘Mountains of data have emerged from many centers and countries around the world, showing the miraculous effectiveness of Ivermectin. It basically obliterates transmission of this virus. If you take it, you will not get sick.’ —Dr. Pierre Kory, M.D.

Vaccination Is the Only Way to Build Herd Immunity

Harvard Professor Dr. Martin Kulldorff, PhD, states: ‘What we know is that if you have had COVID, you have very good immunity — not only for the same variant, but also for other variants. And even for other types, cross-immunity, for other types of coronaviruses.’

And Dr. McCullough states: ‘You can’t beat natural immunity. You can’t vaccinate on top of it and make it better.’

Nevertheless, countless government agencies and businesses are demanding that people who caught COVID and recovered take the experimental gene therapy jab, as if it were the initiation to some new, false religion. (Mark of the Beast, anyone?) Or a pinch of incense burned before Caesar.

It should be well-noted that the ‘deniers,’ as Pope Francis sadly called some of his own Cardinals who are ‘vaccine-hesitant,’ are not uneducated, selfish holdouts. Rather, a recent study found that the most ‘vaccine-hesitant’ are those with PhD’s.

Notice that thousands of doctors and other health care workers are willing to lose their jobs rather than take the jab. But the 23-year-old Queer Theory grads working at YouTube are qualified to censor and silence such professionals. Mallett further asks, of the tyrannical pope, in the tone of a son who asked for bread and received a stone:

How does belittling, mocking, and disparaging those who, based on their careful research and an informed decision to refuse forced injection, advance any kind of “human” cause? Does the Church no longer believe in the precept of “informed conscience”?

There is much, much more here — including the copious footnotes Mallett used, which we cut for readability. Go read it, and watch his documentary, embedded above.

And God bless Mr. Mallett for doing the hard work and clear thinking which our own bishops and pope did not see fit to do. Pray for him, since the government of Canada is proving even more intolerant than our own.

He may need to move to Texas, where I can buy him the drink he deserves.