White Evangelical Support for Trump Was Not About Whiteness 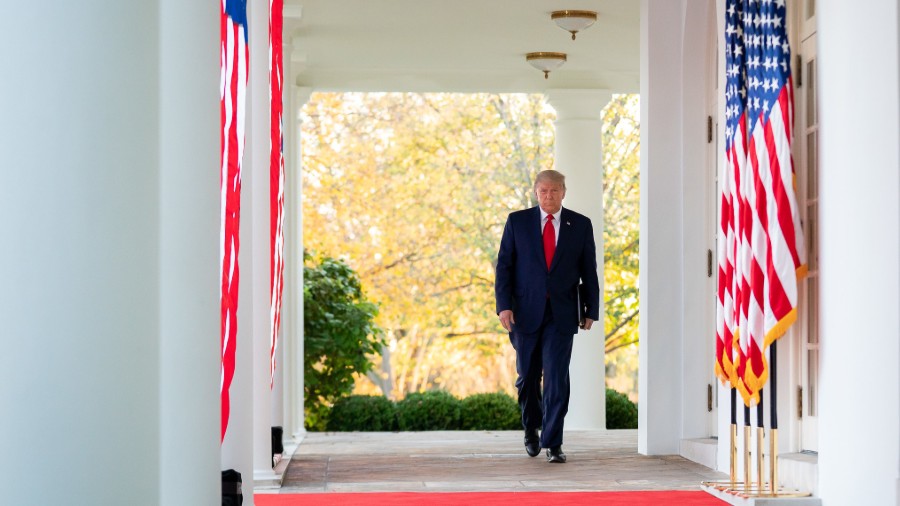 According to a lengthy new article and a recent book, a driving force behind white evangelical support for Donald Trump was the preservation of white America. This factor, we are told, and not just Trump’s support for other causes of importance to white evangelicals, such as being pro-life and pro-Israel, helps explain why so many of these Christian conservatives got behind such an unlikely candidate. Is this true?

According to Sarah Posner in her book Unholy: Why White Evangelicals Worship at the Altar of Trump, a key factor in white evangelical support for Trump was “the realization that Trump was the strongman the Christian right had long been waiting for. They had been waiting for a leader unbowed, one who wasn’t afraid to attack, head-on, the legal, social, and cultural changes that had unleashed the racist grievances of the American right, beginning with Brown v. Board of Education and persisting through the 1960s and ’70s in opposition to school desegregation and government policies to promote it — long before evangelicals made opposing abortion their top issue.”

Sarah Jones, in her December 6 article for The Intelligencer, titled “White Evangelicals Made a Deal with the Devil. Now What?”, touched on this as well. She wrote, “As hypocritical as white Evangelical support for Trump may look from the outside, the president actually understood his base quite well. Eight years of a Black, liberal president threatened their hegemony. So had the Supreme Court’s ruling legalizing same-sex marriage.”

I can say that, overwhelmingly, the race-related charges of Posner and Jones are false. Patently, categorically false.

Jones agrees with Posner, who told her that Trump tapped into two tendencies among Evangelicals. “Those two things were the racial grievances of the white base of the Republican Party, and how televangelism had changed Evangelicalism from the 1970s onward,” Posner said.

To be sure, Posner and Jones are correct in pointing out how many evangelicals have looked to Trump as a savior figure of sorts, a strong man who, at last, will push back against the left. In Trump, we had our champion.

And Trump’s America-first nationalism appealed to many a white supremacist, including those on the alt-right. His rhetoric could easily be misinterpreted or deliberately misrepresented as both xenophobic and racist.

I’m Not an Outsider Trying to Understand

But as a white evangelical supporter of Trump, as a good friend of a number of those in Trump’s inner faith circle, and as one who travels widely in evangelical circles, I can say that, overwhelmingly, the race-related charges of Posner and Jones are false. Patently, categorically false.

How can I be so dogmatic?

I preach in these churches and speak at these conferences. I do interviews on these radio and TV and internet outlets. These are my friends and co-workers.

Good for evangelicals, yes. Good for whites, no.

The Things We Stand for Aren’t Racially Motivated

In fact, when we talk about abortion, we frequently point out how abortion providers target blacks in particular.

When we talk about religious freedoms, we are just as grieved when our Hispanic or black brothers and sisters are targeted as when the target is white.

And when we oppose LGBTQ activism, we are opposing a movement led largely by whites.

We certainly have our blind spots when it comes to racism in America, but we were hardly pro-Trump because we were pro-white.

Instead of Psychoanalyzing Each Other With Preconceived Ideas of Motives, Let’s Stick With Facts

Someone might protest, “But that’s the thing. You say this because you are blind to white privilege. You don’t understand how much preserving the status quo is about whiteness. You and your friends might not be outwardly racist, but Trump appealed to something deeper in your white souls. That’s what your missing.”

Of course, I could just as easily claim that it is anti-white animus driving the critique of white evangelicals or a self-hating whiteness that is animating these charges. We can psychoanalyze one other ad infinitum. It is best to stick with verifiable facts.

Let us focus, then, directly on Trump.

Why Did Trump Succeed in His Efforts to Expand His Minority Base?

If he was truly a racist (or, at the least, someone who catered to white supremacy), why did he work so hard (and succeed) in expanding his minority base? Why did he reach out to black and Hispanic pastors and activists, bringing them into his inner circle? Why did he take pride in having a growing multi-racial base? Why did he respond to racial unrest in 2020 by gathering key black leaders for input and counsel?

And if he was truly an antisemitic white supremacist (part of the standard charge), why has he been the most pro-Israel president in our history? And why does he so esteem his Jewish son-in-law, Jared Kushner, let alone embrace his daughter Ivanka’s conversion to Judaism? (For the record, this makes Trump’s grandchildren Jewish under Jewish law. Antisemites do not welcome Jews into their family.)

In my most ardent, anti-Trump days (during the primaries but before his nomination in 2016), I never believed he was an antisemite. Many rabbis and Jewish leaders would concur with me on this.

And as much as I have been an open critic of Trump when I have differed with his words and conduct (as a Trump supporter and voter), I have never believed he was a racist. Some of my anti-Trump, evangelical friends agree with me here as well.

Trump is Not a Racist

The issue of protecting our borders is about law and order and safety. It is not about keeping out needy refugees who want to become part of our country.

The warnings about China are not because of China’s non-whiteness but because of Communist China posing a genuine threat to the well-being of our nation (and even the world). A threat new revelations this week make perfectly clear.

As for the so-called “Muslim ban,” that ultimately amounted to continuing a ban on travel from seven Islamic nations that President Obama had previously singled out. And, for the record, Islam is multi-racial itself, including many whites in its ranks.

As for Trump’s alleged failure to condemn white supremacy, or his calling neo-Nazis “very fine people,” these are simply myths (although by now they have been thoroughly canonized by the left; see here and here).

Not only so, but black leaders and Hispanic leaders who have met with Trump privately have spoken of his genuine concern to improve the well-being of underprivileged minorities. His attitude was quite the opposite of that of a white supremacist for whom “America first” meant a white America first.

That’s why black and Hispanic speakers played a prominent role at the Republican National Convention. It was not just a matter of smoke and mirrors.

I am absolutely sure of this.

In sum, then, where Posner and Jones focus on other, unhealthy aspects of evangelical support for Trump, I second their concerns, having expressed them for years as well (see here and here).

But their claim that preserving whiteness was a driving force in white evangelical support for Trump is not simply exaggerated. It is misguided and only stirs up misunderstandings and deepens racial divides.