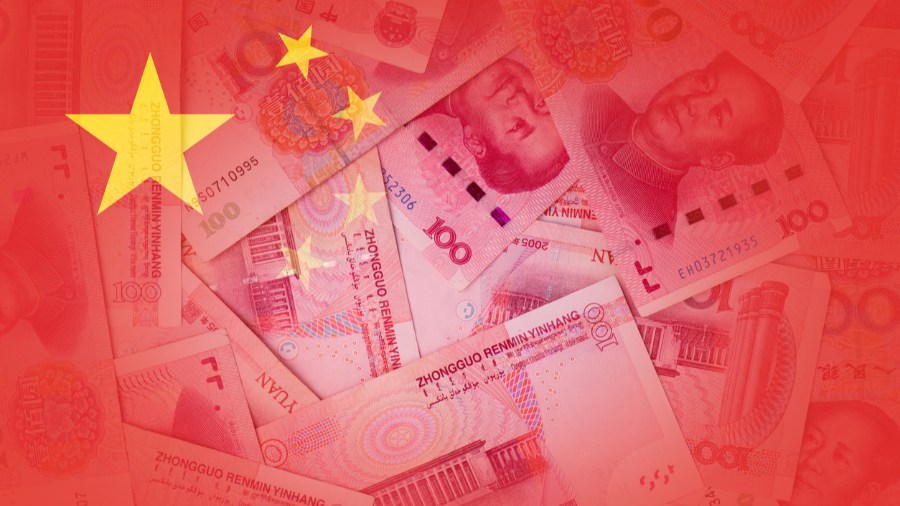 Maybe don’t boycott Tucker Carlson just yet. Yes, he got it wrong about Sidney Powell, dismissing her case against the election of Joe Biden too easily — apparently because she wouldn’t give him an exclusive. But let’s not be people who demand “What have you done for me lately?” Remember that Carlson’s show aired Tony Bobulinski’s explosive revelations of Biden family corruption and influence-peddling. And now Carlson’s digging deeper.

Recently, Carlson aired a clip from Chinese TV that the Communist government flagged as too much information for foreigners like us. So it banned the clip from all social media in China. But a brave soul quietly leaked the clip, and Carlson got hold of it. He aired it. The clip confirms what President Trump and his supporters have long claimed — and before them populist critics of China such as Patrick Buchanan and Ross Perot. Namely that China leverages its enormous wealth to purchase the allegiance of influential Americans at every level of U.S. government and business. But especially the top.

Not a Crank, But a Chinese Regime Executive

The speaker is not some fevered crank, or even a Chinese dissident embittered by the totalitarian government’s religious repression, forced abortions, and concentration camps. No, it’s Di Dongsheng, Vice Dean of the School of International Relations, Renmin University of China. He serves as Vice Director and Secretary of the Center for Foreign Strategic Studies of China.

So, a loyal appointee and servant of China’s national socialist regime. He doesn’t speak as if he were spilling any state secrets. Instead, he’s explaining to his fellow members of the Chinese Communist elite how China has outfoxed the U.S. for decades — and why President Trump constituted such a problem.

Dongsheng brags: “We have people at the top” of American institutions across the board, including government. The audience doesn’t scoff or act surprised. Instead, most of them laugh, acknowledging an open secret widely accepted and lauded in China — but dismissed by American media as a crackpot “conspiracy theory.” He goes on to explain:

[S]ince the 1970s, Wall Street had a very strong influence on the domestic and foreign affairs of the United States. So we had a channel to rely on. But the problem is that after 2008, the status of Wall Street has declined, and more importantly, after 2016, Wall Street can’t fix Trump. It’s very awkward.

Why? Trump had a previous soft default issue with Wall Street, so there was a conflict between them, but I won’t go into details, I may not have enough time. So during the US-China trade war, they (Wall Street) tried to help, and I know that my friends on the US side told me that they tried to help, but they couldn’t do much.

Trump has been saying that Biden’s son has some sort of global foundation. Have you noticed that? Who helped him (Biden’s son) build the foundations?

Trump Was the Problem. Was Biden the Solution?

After a pregnant pause, the audience laughs again. It was China, of course — a fact which the Hunter Biden laptop revealed, but U.S. media mostly censored.

Got it? There are a lot of deals inside all these.

[W]e know that the Trump administration is in a trade war with us, so why can’t we fix the Trump administration? Why did China and the U.S. use to be able to settle all kinds of issues between 1992 and 2016? No matter what kind of crises we encountered, be it the Yinhe incident, the bombing of the embassy, or the crashing of the plane, things were all solved in no time, like (a couple) do with their quarrels….

We fixed everything in two months. What is the reason? I’m going to throw out something maybe a little bit explosive here. It’s just because we have people at the top. We have our old friends who are at the top of America’s core inner circle of power & influence. [emphasis added]

In case you aren’t sure if that is true, or doubt the translation of Dongsheng’s remarks, consult the headlines. John Ratcliffe, the U.S. director of national intelligence wrote in The Wall Street Journal that China has conducted a “massive” campaign of influence and espionage against U.S. members of Congress. As The Daily Caller News Foundation reports:

‘This year China engaged in a massive influence campaign that included targeting several dozen members of Congress and congressional aides,’ Ratcliffe wrote in the op-ed, entitled ‘China Is National Security Threat No. 1.’

Ratcliffe expanded on his op-ed during an interview with CBS News.

‘They want laws and policies out of the United States that are favorable to China,’ Ratcliffe said of Chinese agents targeting U.S. lawmakers.

‘And what they’re really trying to do is through blackmail, through bribery, through overt and covert influence, trying to make sure that only laws that are favorable to China are passed.’

One lawmaker caught up in the Chinese espionage operation was firebrand liberal California Congressman Eric Swalwell. Along with a list of other “up and coming” politicians, Swallwell got personally and professionally close to a now-exposed Chinese female agent, Axios reports.

COVID Hit the West Thanks to Chinese Biowarfare

On the eve of the election, I pointed out that in every way, the COVID crisis has proven to be a massively successful biowarfare attack against the United States (and other countries) by China. China’s decision to quarantine Wuhan province and the rest of China last winter, while sending one million potentially infected Chinese on flights around the world was indeed a “Chinese Pearl Harbor attack.”

And American politicians who opposed Trump’s ban on that travel to the U.S., such as Joe Biden, were aiding that attack, consciously or not. Democrats who favored massive lockdowns that crippled Trump’s booming economy were serving their own political interests, and China’s strategic plan for replacing the U.S. as a global hegemon.

Keep all this in mind as you ponder whether vote-counting software linked to foreign, hostile governments, such as Dominion, played a role in Joe Biden’s apparent victory in the 2020 election. Let your state legislators who could decertify electors know what you think.