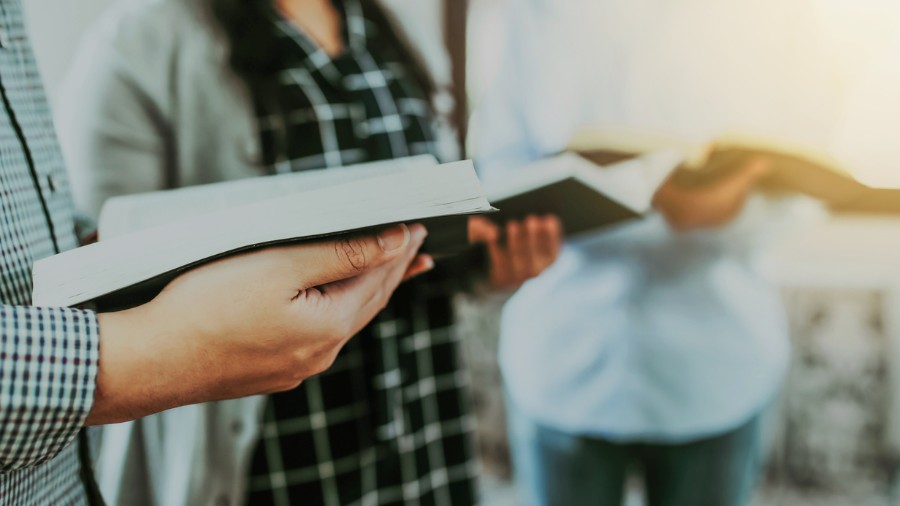 Constructive criticism is wonderful. It is helpful, life-giving, and even life-saving. I welcome it and receive it on a regular basis, sometimes even daily. But I find it very unhelpful when people urge me to “stay with the gospel,” as if addressing moral and cultural issues is not part of the gospel.

To be clear, though, I do not write this to complain. (Please take me at my word.) Rather, I write this to illustrate some real blind spots in the Body, as if the gospel does not intersect with culture or as if a minister of the gospel can only preach about Jesus dying for our sins.

A Call for Empathy

Recently, I wrote an article intended to help my White brothers and sisters see things through the eyes of their Black brothers and sisters in America. I made clear it had nothing to do with laying guilt on Whites or justifying a victimhood mentality among Blacks. Rather, I ended the article saying, “let’s keep asking big questions in order to find big answers in order that, together, we can fulfill our God-given potential as a people and a nation. Mixing in a healthy dose of empathic understanding will go a long way in helping us achieve those goals.”

This is pretty straightforward. What were some of the reactions? (Because of time constraints, coupled with the amount of responses we get on social media, I normally am not able to read the comments. But reading these on our Facebook page, it’s clear that many commented without even reading the article.)

Robin wrote, “AskDrBrown you are a joke right now.” Ah yes, of course. Anyone who would dare call for empathy and understanding is a joke.

“Nothing to Do With the Gospel”

Chris wrote: “this guy is constantly writing articles that have absolutely nothing to do with the Gospel. If you are truly saved, Dr Brown, why is it you have diverted away from the Gospel? And what is worse, you are attempting to draw those away from the Gospel itself, by luring them through matters that have nothing to do with salvation…Peter address those who make their way in unknowingly to the church in his 2nd epistle in the 2nd chapter. . Paul speaks about it throughout his epistle entirely, such Romans 16:17,18; 1 Corinthians 1, and chapter 2 :2 , about knowing nothing, except Jesus Christ, and Him crucified!”

So, compassion, empathy and the pursuit of righteousness “have absolutely nothing to do with the Gospel.” Not only so, but I’m a divisive heretic to be avoided (that’s what some of the scripture references state), I’m leading others away from the gospel, and I’m not following Paul’s model of preaching only “Jesus Christ, and Him crucified.”

This is really remarkable, demonstrating an extraordinary level of scriptural ignorance (mixed with hubris).

So, compassion, empathy and the pursuit of righteousness “have absolutely nothing to do with the Gospel.”

First, Jesus rebuked the religious leaders of His day for their neglect of “the weightier matters of the law: justice and mercy and faithfulness” (Matthew 23:23). He also urged His followers to seek the kingdom of God and His righteousness as a priority (Matthew 6:33).

Second, based on Chris’s logic, Christian leaders should never address social evils, from slavery to abortion.

Third, while Paul’s evangelistic strategy was to emphasize the death and resurrection of Jesus (as is mine), in the very letter referenced by Chris (1 Corinthians), Paul dealt with: gossip and division in the local church; failure to expel a sexually immoral brother; the importance of adjudicating legal matters within the fellowship rather than in the local courts; questions of marriage and celibacy — and much more. It looks like Paul did not only preach “Jesus Christ, and Him crucified.”

Lanin also rightly pointed that, “You recall that Paul also wrote the letter to Philemon, don’t you?” This was the primary text used by abolitionists!

Called to Share the Gospel, Which Includes Addressing Moral Issues

James wrote, “Bro. Brown, we are commissioned to share the Gospel of Christ Jesus. Why do you feel the need to promote articles like this? You have hurt your testimony again. I asked you before, on another article, why you play both sides of the fence. This is our time to stand for Truth, and Light. What are you doing? . . . You have left your call to be a minister of the Gospel of Christ Jesus. . . . Where did you lose your call…..and your way?”

In point of fact, I’ve been sharing the gospel of Jesus on a regular basis (often daily) since 1971, both one-on-one and from the pulpit, at times at the risk of my life (literally). I’ve preached Jesus all across America, around the world, on street corners, on university campuses, in book form, in debates and on social media. And by God’s grace, I’ve had the privilege of helping train missionaries who are now serving around the globe. The Great Commission burns in my heart every day of my life.

I’m also called by God to address moral and cultural issues. In fact, there’s not a day that goes by without other believers (often pastors and leaders) thanking me for addressing these critical issues. If we don’t, who will? (For our relevant video on this, see here.)

This too is part of the gospel, and as a talk radio host and op-ed columnist, this is part of my sacred calling in the Lord. That’s why I “promote” articles like this. (As for “playing both sides of the fence,” if that means doing my best to understand and fairly represent both sides of an argument by speaking the truth in love, I’ll take that as a compliment.)

But the most bizarre thing James wrote is that by addressing moral and cultural issues, I’m “hurting my testimony.” Really? This makes one wonder if William Wilberforce hurt his testimony by opposing the slave trade in the British Empire. Or if William Carey hurt his testimony by fighting against the burning of widows on their husband’s funeral pyres in India. Or if the early Christians hurt their testimony when they rescued abandoned babies and spoke out openly against abortion. What on earth are people thinking?

Do We Understand the Gospel?

But perhaps there’s more to the story. As I tweeted, “How interesting! When I expose laws in CA that protect sexually aggressive adults rather than children, or when I confront the radical agenda of BLM, people cheer me on. But when I talk about the legacy of slavery & segregation in America, I’m told to ‘stay with the gospel.’”

Perhaps there’s something else going on here?

To say it once more, I’m not complaining about the criticism. It comes with the territory, some of it is well-meaning, and I get attacked 100 times more severely by the hour, especially on our YouTube channel. Bring it on! And I’m not defending my calling, which ultimately is between me and God (as is yours). Paul had some strong words about this in Romans, writing, “Who are you to pass judgment on the servant of another? It is before his own master that he stands or falls. And he will be upheld, for the Lord is able to make him stand.” (Romans 14:4)

Instead, I’m seeking to illustrate how myopic we can be in our understanding of the gospel, as if the Word of God — which we preach and teach — does not have something to say about virtually every aspect of life.

Could this be another reason that we have so little impact on the world around us?