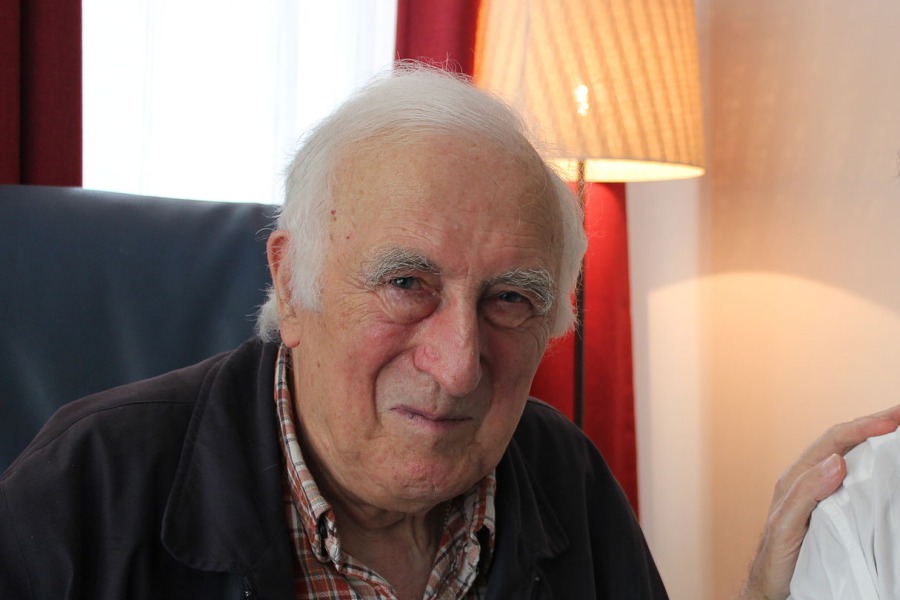 It was a gut punch. People cried when they heard the news. One of our modern Christian heroes had been found to have sexually abused six women. At least six women, over a reported 35 years, from 1970 to 2005. Jean Vanier did it in the creepiest, sickest way possible: as their spiritual advisor and guide. “This is not us, this is Mary and Jesus,” he told one of his victims. “You are chosen, you are special, this is secret.”

The father of a boy with Down Syndrome had named his son after the man, and felt devastated. “He left women scarred and hopeless, he blasphemed God himself, and he never owned up to any of it.” Now he wants to change his two-year-old’s name. He thought he’d named his son as a tribute to a saint. Now he knows the man was a monster.

Everyone Admired Him, Many Revered Him

Vanier founded L’Arche, a work of homes all over the world in which people with learning disabilities lived with people who didn’t have them. He spoke of them as fully human in a way few did, and practiced what he preached. He was a Catholic superstar.

Vanier wrote deep reflections on being powerless and vulnerable. He was given the Templeton Prize, and its $1 million award, which had gone to people like Billy Graham, Mother Theresa, and Solzhenitsyn. Vanier was one of the very few public figures almost universally everyone admired. Many revered him.

When he died at 90 last May 7th, almost the whole Christian press and much of the secular press treated him as a saint. The head of the Church of England wrote: “His love for Christ overflowed into every relationship with abundant grace.” Vanier, he said, “was someone whose whole way of being spoke of the goodness of God.”

Remember the painful truth that when God put sinful man in charge, He knew this would happen, and He made arrangements.

New York Post editor Sohrab Ahmari called him a saint. The headline of the obituary Ahmari wrote declared Vanier “a luminous example of the Gospel.”

You get the idea. I could fill pages with praise from major religious leaders, Evangelicals as well as Catholics. Everyone loved the guy.

The whole world knows better now. But no one saw it coming. Admiring Jean Vanier seemed a gold-plated sure thing.

What Do We Do?

Everyone thought Vanier was one of the real good guys, and these days we need real good guys, as C.S. Lewis explained. We want people who show that men and women can be heroes. Especially heroes of holiness. Yet Christian leaders keep disappointing us. Vanier’s just one example. Bill Hybels of Willow Creek Church and Wheaton College professor Gilbert Bilezikian, two biggies among Evangelicals, are two more.

What do we do when yet another famous person disappoints us? When yet another hero turns out to be a villain? Even a monster? Three things, I think. They come from one truth we should never forget: God never abandons us. He stays with us through thick and thin. The Father remains our Father even when earthly fathers turn out so bad.

First, remember the painful truth that when God put sinful man in charge, He knew this would happen, and He made arrangements. What happened in the Garden of Eden will keep happening until Jesus comes again. God gives us gifts. We wreck them.

But he doesn’t stop giving us gifts. He gives us each other. He gives us the Church, whether you understand that as a Protestant or a Catholic. We live in the fellowship of people who love Jesus and try their best to serve Him. We have the Scriptures and a long heritage of Christians thinking hard about how to serve Jesus in this world.

Some heroes will turn out to be villains, sure. But the millions and millions and millions of serious Christian brothers and sisters, God’s Church on earth, that’s the basic reality. The villains are like dents and scratches on a Mercedes. The very worst are like a bad spark plug. The car still runs. It gets us where we need to go.

Second, we need to know that these stories serve a purpose. God wants his Church to be holy and pure. “She is His bride, and she must be spotless; He will not have her any other way,” writes Christopher Altieri. He’s a journalist who’s lived in Rome for a long time, and he’s seen Christians do a lot of bad things. And also seen how God brings good from human failure. As Hebrews says, “the Lord disciplines the one he loves, and chastises every son whom he receives.”

God will clean up His Church. And the cleaning will hurt, because we’re very dirty. Part of that cleaning is finding out so many of our heroes aren’t heroic. We’ve put our faith in men when we should have put our faith in Him. Our Father shows His love for us when we learn we shouldn’t have done that. It hurts to find out your heroes aren’t heroes. But the result is Christians who look more like their Lord than they did before.

Finally, God gives us real heroes. They show us what we can be with His help. The news about Jean Vanier crushed many. But the stories we read in the book of Acts, the stories of the early Christian martyrs, and the stories of all the heroes since, those stories show us real Christian heroism. They’re gold-plated sure things.

Look at the heroes of the past, like St. Francis, who lived out the most radical trust in God possible, and William Wilberforce, who worked patiently over decades to free the slaves. Look at the Christians who fought the Nazis to save Jews, like Corrie ten Boom and Diet Eman and the White Rose. In them, and the thousands and thousands like them, we see what God can do in people like us.

It hurts when our heroes turns out to be villains. Vanier won’t be the last. But even in our loss, the God who loves us — and loves Jean Vanier — keeps working to make us His own.

The picture by Kotukaran was taken personally in May 2012 during a visit, and published under a Creative Commons 3.0 license.