An All Saints' Day reflection 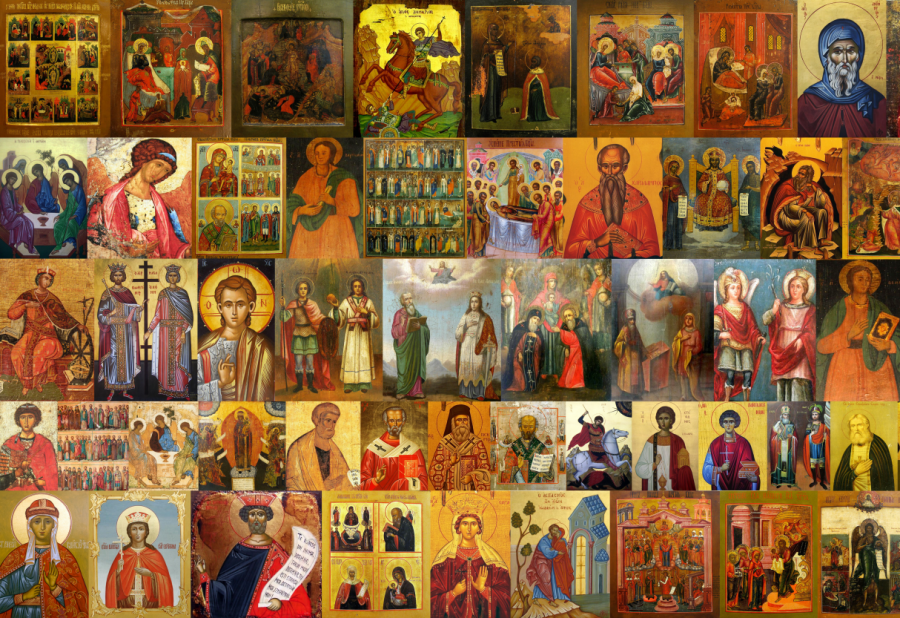 We need someone to make us feel small. Not bad, but small. We need heroes. Giants, winners, superstars. As Christians, we need people who loved and love God more than we do. We need the saints.

Much of the Christian world celebrates the first day of November as All Saints Day, and has for a very long time. It’s a day on which Catholics have to go to church. They think it points to a big part of the Gospel, the good news that we have friends in high places.

If you’d like to know what this means, I explain it in The Saints, Your BFFs. The convert-priest Ronald Knox, who was the Catholic C.S. Lewis (I’d say Lewis was the Anglican Ronald Knox), explains how we get saints. (They’ve “got to be absolutely eaten up with the love of God: that’s the only thing that matters,” he says.) Here’s more on what Lewis thought about the saints in the stricter sense. An Evangelical Anglican gets (from my point of view) about half-way there in his lovely meditation on All Saints’ Day.

But it’s a not just a Catholic holy day. If you don’t like the Catholic stuff, do what C.S. Lewis did. He took what he found helpful and rejected what he called “the Romish doctrine.” If you want, call it Christian Heroes Day.

C.S. Lewis on the Saints

Lewis liked the idea of the saints as heroes and superstars. The churches of his childhood “did tend to be too cosily at ease in Sion,” he wrote in one of his last books. In Letters to Malcolm, he explained that his grandfather said that he “looked forward to having some very interesting conversations with St. Paul when he got to heaven.” The old man thought of himself and the Apostle as “two clerical gentlemen talking at ease in a club.”

A Prayer for All Saints’ Day

Almighty God, you have knit together your elect in one communion and fellowship in the mystical Body of your Son: Give us grace so to follow your blessed saints in all virtuous and godly living, that we may come to those ineffable joys that you have prepared for those who truly love you; through Jesus Christ our Lord, who with you and the Holy Spirit lives and reigns, one God, in glory everlasting. Amen.

— From the Anglican Book of Common Prayer of 1662, with which C.S. Lewis worshipped

No, Lewis wrote. “It never seemed to cross his mind that an encounter with St. Paul might be rather an overwhelming experience even for an Evangelical clergyman of good family. But when Dante saw the great apostles in heaven they affected him like mountains. There’s lots to be said against devotions to saints; but at least they keep on reminding us that we are very small people compared with them. How much smaller before their Master?”

In fact, we got across only because Jesus and His friends carried us across. We lie on the street, shaking, sweaty, gasping for air, and throwing up. The great runners finished hours earlier and stand around enjoying the day, and helping us as they can. But they can’t do much, because we’re in such rotten shape.

What do you do when you will soon run a race and want to run as well as the great runners? You imitate them. You train the way they do. Eat what they eat, borrow their exercise routines, trim all the distracting pleasures out of your life, dedicate yourself to training in their all-in flat-out way. They show you what greatness is and what it costs, and what you get when you do the work. That’s why so many Christians celebrate All Saints Day. Or Christian Hero Day, if you want.

The Christian Heroes Show Us

We must often say no to our society. That means suffering, maybe really suffering. You want to know what Christian courage saying no to society looks like, and how to do it? Look at the early Christian martyrs like Polycarp and Ignatius, whom the Romans fed to the animals because they loved Jesus and that really angered the Romans. Or Thomas More saying no to the murderous Henry VIII. Look at the modern Christians who stood up to the Nazis, like Corrie ten Boom and Diet Eman in the Netherlands, or Dietrich Bonhoeffer and the White Rose in Germany.

Look at the men and women in our own civil rights movement, like Franklin McCain and the others who turned the other cheek to break segregation, and those who faced dogs and water cannons. Or all the missionaries who suffered for sharing Jesus with people who didn’t want to meet him, like the Korean martyr Kim Taegon Andrew and the American martyr Jim Elliot.

David Mills is a senior editor of The Stream. After teaching writing in a seminary, he has been editor of Touchstone and the executive editor of First Things. He edits the site Hour of Our Death and writes the monthly “Last Things” column for the New Oxford Review. He edited The Pilgrim’s Guide: C. S. Lewis and the Art of Witness.

The illustration is created by Quinn Dombrowski, cropped to fit into the space, and used under a Creative Commons license.

Observing … and Celebrating … All Saints’ Day