What the Left Fears Most: The Church Militant 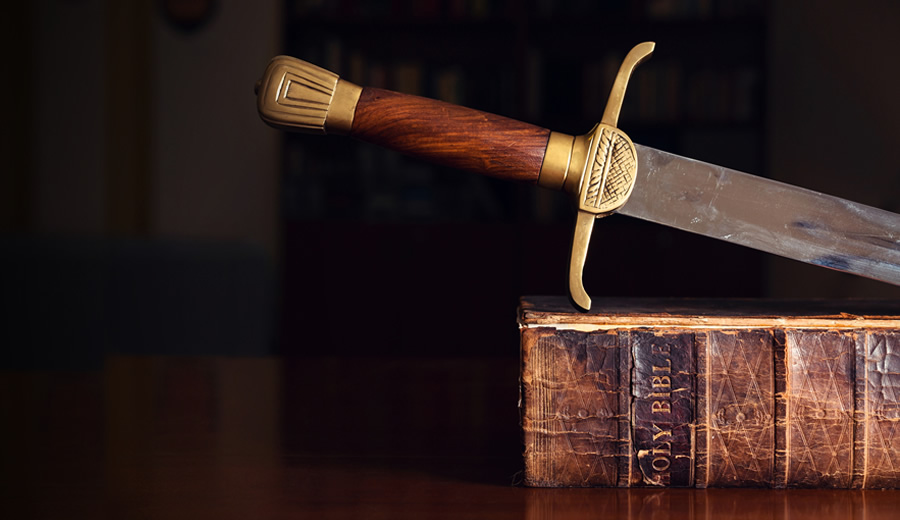 One of the things that the Left fears, so much as to be prudent enough rarely to allude to it, lest it expose its own weakness, is that Western peoples might one day reclaim their Christian heritage — their true heritage, not the “Doormat Christianity” variety that was manufactured, nurtured, and led by subversive leftist elements, wolves in sheep’s clothing, seeking to undermine the West’s Judeo-Christian ethos.

Consider the anti-Christian hit piece on the rosary that recently appeared in The Atlantic. Many have rightly condemned it as a pathetic smear against Catholics. Even so, the fears expressed within it, while exaggerated, do touch onto a certain truth: while the Left and all of its depraved elements have little to fear from Christians waging a physical “holy war” against them, they do have to fear the resurrection of the “church militant,” defined as “the Christian church on earth regarded as engaged in a constant warfare against its enemies, the powers of evil.”

This comes out clearly when The Atlantic complains of “social-media pages … saturated with images of rosaries draped over firearms, warriors in prayer, Deus Vult (‘God wills it’) crusader memes, and exhortations for men to rise up and become Church Militants.”

If today’s men were simply to reclaim their manhood and start behaving like men — and, most importantly, believe in a greater Cause than themselves — all of the insane ills plaguing Western society would dissipate like vapor.

The Left fears such images precisely because they invoke something innately appealing. For example, the eight men profiled in my new book, Defenders of the West: The Christian Heroes Who Stood Against Islam, not only carried the rosary into war, but most of them sacrificed their lives — though they were emperors, kings, and lords who had much to live for — fighting in defense of the Faith.

These included Godfrey of Bouillon, a wealthy duke who forsook his many possessions in Europe to take the cross and fight for the cause of Christendom during the First Crusade; El Cid, who almost singlehandedly stopped and even turned the tides against the jihadist infiltration of Spain; Richard Lionheart, a king who nearly lost everything — and complained to God in Job-like fashion — in his attempt to liberate the Holy Land; Ferdinand III, the Castilian monarch who spearheaded the Reconquista and liberated Spain from Islamic tyranny; Louis IX, the French king and tragic hero who, never once complaining, sacrificed all that was dear to him in the cause of Christ; John Hunyadi, Hungary’s champion who fought both the jihadists and their elitist Western collaborators; Skanderbeg, the Albanian Braveheart who abandoned a life of wealth and honors to fight and die alongside his countrymen in the name of freedom; and even Vlad the Impaler — Hollywood’s bloodsucking “Count Dracula” — who defended his kingdom against Islamic invasions, including by fighting fire with fire (that is, impalement with impalement).

The contagiously inspiring image invoked by these men who boldly and unapologetically sacrificed everything to defend their faith is precisely what the Left does not want today’s Christians, of whatever denomination, to recollect as part of their heritage, a thing available to them to emulate in times of crisis.

Incidentally, one need not be Catholic — I’m not — to be inspired by or associate with the aforementioned men and their self-sacrificial commitment: plenty of Orthodox and Protestant Christians also sacrificed much in the name of defending the Faith.

The First and Foremost Enemy of the Left: Men

At any rate, from here, one realizes why, for decades, all departments in service of the Left — from the public school system to Hollywood — have done everything in their power to 1) emasculate men and 2) present “good” and “true” Christianity as being nothing more than a welcome doormat (the antithesis of church militant).

Thus, the powers-that-be have idolized the effeminate and extolled the homosexual; they have portrayed sword-waving women as the true and only embodiment of courage, heroism, and self-sacrifice; they have demonized true masculinity — without which civilization perishes — as “toxic”; and, most insidiously, they have depicted any Christian who wishes to do anything other than turn his cheek as being weak, hypocritical, cowardly, greedy, self-serving, oppressive — in short, the antithesis of reality, at least as it once was.

One can go on and on as to how the Left has done everything, subtle and increasingly not so subtle, to neuter men, but the point should be clear: the first and foremost enemy of any one or thing — in this case, the Left — is men. As such, teaching men not to be men has been one of the most strategic ways to defeat men. Little wonder the lgb-whatever agenda has been to infiltrate and indoctrinate the minds of children — whether through schools and libraries, or television programming and books for children. While that agenda is dark on different fronts, one of its chief goals is to strip boys of their latent manhood while they’re still young and pliable — nipping them in the “bud,” as it were, so they become compliant in adulthood.

Before closing and for the record, I am not here praising or calling for any physical militancy. After all, and unlike the aforementioned Defenders of the West, who had no choice but to fight, today’s Christians need not take up arms in a physical manner.

Rather, if today’s men were simply to reclaim their manhood and start behaving like men — and, most importantly, believe in a greater Cause than themselves — all of the insane ills plaguing Western society would dissipate like vapor.

A Radical’s 5 Warnings for Public Christians