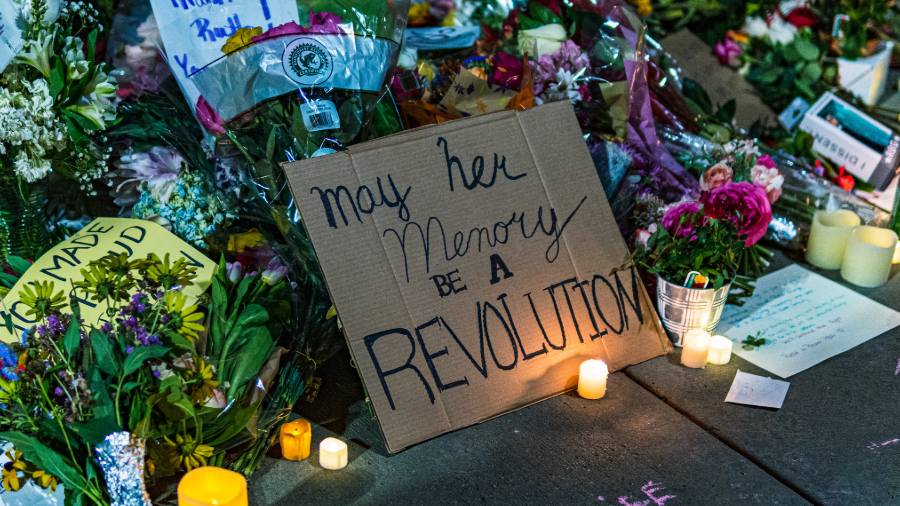 It’s not often you hear the word “Armageddon” tossed around in D.C. politics, but it’s been the operative word when it comes to filling the seat of Justice Ginsburg. Why all this talk about an “Armageddon option”? Why references to “Apocalypse Now”? The answer can be summed up in one word: abortion. The battle for Ruth Bader Ginsburg’s seat on the Supreme Court is the battle over abortion.

There is no issue more volatile in America.

Not race. Not religious freedom. Not immigration. Not the economy or foreign policy or LGBTQ activism or the Middle East. Not even COVID-19 is this volatile.

Nothing divides America like the debate over abortion. And nothing is more an issue of life and death.

Those who identify as pro-choice can point to many heart-rending stories where abortion seems to be the compassionate option.

Heart-Rending Stories of Rape and Incest

Your 12-year-old daughter is raped and abused by a serial criminal, only to find out that she is now pregnant. Must she now bear the shame and pain of carrying that child to full term? Must the reality of this horrific event shout out to her every day for months on end? Must she then give birth to a child who carries the DNA of a moral monster? And, even if she gives up the baby for adoption, for the rest of her life, she will remember that a child of hers is somewhere out there, in the world.

Or what if she was raped by her older brother? Must she now carry the result of incest in her womb — perhaps with genetic defects? Must she bring the result of a shameful union into the world?

Or what about a 44-year-old married woman in fragile health, mentally and physically? To the shock of this woman and her husband, they learn that their birth control has failed and she is expecting again. Then, four months later, they learn that their baby has a severe handicap, likely to live at most 6 months to a year, and even then, needing constant medical attention and experiencing terrible pain.

Doesn’t compassion call for a merciful termination of this baby while still in the womb? And isn’t this in the best interest of the mother?

These really are heartrending stories, and they make for compelling “pro-choice” arguments.

National surveys indicate that only 3% of abortions take place because of “fetal health problems.” And in Florida, where a reason must be given for every abortion, in 2018, only 0.27% of abortions — meaning one-quarter of one-percent — were performed because the woman’s life was allegedly in danger.

Most abortions are performed because a pregnancy would get in the way of the mother’s career or education. Or there were financial concerns about caring for another child. Or the mother didn’t feel ready to have a baby.

That’s why abortion workers who have looked at jars marked “POC (standing for the Products of Conception) have wept on my radio show as they came to grips with what they have done. (In contrast, one website describes a D&E abortion in these cold medical terms, where the human being is merely tissue: “The cannula is attached by tubing to a bottle and a pump that provides a gentle vacuum to remove tissue in the uterus.”)

It is the battle between life and death, and something tragic happens to a nation that chooses death over life.

Stop for a moment, click on this link, and look at these images of aborted babies. (I especially urge you to do this if you consider yourself pro-choice.) And then multiply these images by more than 60 million. And then ask yourself, “Is this what it means ‘to remove tissue in the uterus’?”

That is the carnage celebrated by New York State, when legislators cheered after passing a law allowing for abortions through the end of the 9th month.

And that is the carnage defended by the women who scratched and clawed at the Supreme Court doors during the Kavanaugh hearings.

“All hell would break loose on the streets. Fierce protests would arise. Things would get ugly overnight — and by ugly, I mean very ugly.”

What happens if Roe v. Wade gets overturned? What can we expect?

That’s why there is talk about “Armageddon” and “Apocalypse.” That’s why the battle over Ginsburg’s seat is so fierce.

It is the battle between life and death, and something tragic happens to a nation that chooses death over life.

Abortion is the Leading Cause of Death in the U.S. and the World

Thankfully, abortions have been steadily decreasing in America for a good number of years. But that only means that the carnage has decreased from numbers as high as 1,360,000 abortions in 1996 to 862,000 in 2017. (Yes, chew on that: less than 900,000 babies terminated in their mother’s wombs is considered to be progress.)

As stated on LifeNews.com in 2019, “Though abortion rates have been dropping in the past decade, abortion remains the leading cause of death in the United States” — and this is the case in the rest of the world as well. (According to LifeNews, “Abortion Was the Leading Cause of Death Worldwide in 2019, Killing 42 Million People.”)

We really are in a literal battle of life and death here in America, a battle of epic proportions. May we choose life. May life prevail. May the spirit of death be vanquished.