The latest dispatch from our Bananas Republic 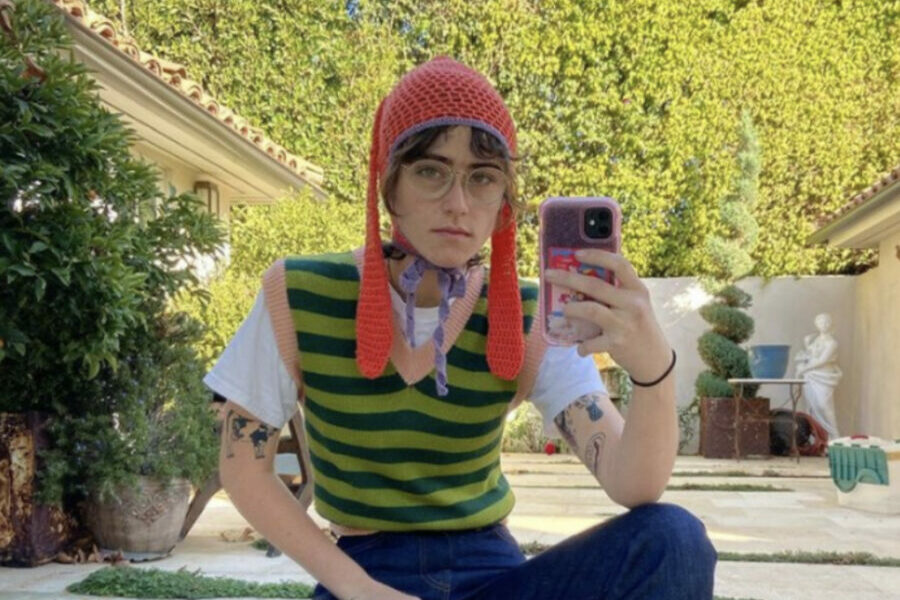 Emma Emhoff, step-daughter of Kamala Harris, who's just been signed by the major modeling agency IMG.

The average Trump voter is a “terrorist.” BLM, which shouts about killing police officers, and organized riots across America, has been nominated for a Nobel Peace Prize. And hairy armpits are worth big bucks … when attached to a relative of the regime.

Welcome to the latest dispatch from our Bananas Republic.

Turn off that TV! It’s a killer! A clear sign of a Bananas Republic is when bureaucrats come out with bizarre rules and restrictions out of the blue. Take L.A. County. After a year of COVID, health officials suddenly decided televisions are dangerous.

In a new decree, L.A. County declares that TV viewing spreads COVID. Seriously. They are finally allowing restaurants to reopen, but only with outdoor seating and no televisions!

How’s that work? You watch TV while eating, and the COVID virus enters through your eyeballs?

Actually, the thinking is that if you hang out together to watch, say, the Super Bowl, you may create a super spreader event. Or worse, have fun with other people.

And by Gaia, we can’t have that.

How perverse that these Bananas Republic bureaucrats think watching TV is more dangerous than listening to Andrew Cuomo.

If you remember, Andrew Cuomo was given an honorary Emmy for his COVID response. No, he didn’t win for directing Golden Girls: The Mass Murder.

Cuomo should be given a Heisman Trophy as well. Nobody’s been able to punt responsibility for those deaths further than the man who signed the order.

Still, there is good news on the COVID front! The mastermind behind the 9/11 terrorist attack is likely to get a COVID vaccination shot sooner than you! New York Times is reporting the 40 terrorists detained at GITMO  — including Khalid Sheikh Mohammed —will be getting shots post haste.

While writing my “If I Could Turn Back Time” article about Biden, I got to thinking about Cher’s late ex, entertainer-turned-congressman Sonny Bono. And I got to thinking about the 5,000 troops in DC, then about AOC’s fear of Trump supporters. Do you realize that more GOP congressmen have been hurt by trees on a ski slope than congressional Democrats have been harmed by Trump voters?

(For those too young to remember, Sonny was killed in a skiing accident in 1998. Cher’s amazing eulogy was the most tearful display ever seen on CNN until election night 2016. )

No, I don’t want to make light of the troubles of January 6. Especially in light of how the event is being used to destroy the rights and lives of honest, innocent citizens. But when AOC is shamelessly declaring Sen. Ted Cruz “almost had me murdered” because he did precisely what Democrats did in 1969, 1980, 2000, 2016 and were preparing to do in 2020 – that is, use his lawful right to object to electors — you can’t help but scoff.

When Biden’s Department of Homeland Security is issuing a warning about “domestic terrorism” … that translates to “all Trump supporters” … while admitting there is no specific threat, you can’t help but mock. Especially when the anarchists and Marxists Team Harris-Biden love bailing out continue their reign of destruction.

Let’s repeat it until we’re blue in the face: The same people telling you Trump voters are dangerous are the same people who told you Jussie Smollett was the victim of a MAGA-led hate crime.

That includes one Kamala Harris. Has anyone bothered to ask her to apologize … or for that matter, questioned having someone either that dishonest or easily bamboozled a heartbeat from the presidency?

Of course, if you did ask the White House press secretary Jen Psaki about that or any other tough question about Harris, her answer would be “Harris is the first female Vice President.”

Last week, Psaki was asked about Treasury Secretary Janet Yellen’s response to the GameShop Wall Street hubbub. Her initial response was to point out that Yellen is the nation’s first female Treasury Secretary. What’s that mean? Yellen has a solution stuffed in her bra?

And is the fact Yellen happens to be a female supposed to shield her from the fact she scored massive speaking fees from hedge funds in the months before taking office? 800K alone from Citadel, the hedge fund at the center of the scandal. In October, when Biden was leading in the polls and it was a safe bet Yellen would join a Biden Administration, she scored $337,500 just for taking part in a series of webinars. $337,500 and she didn’t even have to leave her crib?

Sure, $337,500 for time machine trip to see Jesus’ “Sermon on the Mount.” Or Lincoln deliver the Gettysburg Address. Okay, the Beatles at the Cavern Club in Hamburg. But to watch someone on Zoom talking about finance?

In a Bananas Republic, you pay those today who will hold power tomorrow.

Guess Who Got a Modeling Gig?

In a Bananas Republic, you hire the kin of those in power.

Guess who just signed a lucrative modeling deal? The 22-year-old step-daughter of Kamala Harris. Emma Emhoff signed with the major modeling firm IMG Models. We leave it to you to decide if the same industry that ignored Melania Trump for four years suddenly designed to sign Emhoff on the merits.

Yeah, Emhoff is a budding fashion designer. Yeah, compared to the heroin chic freakazoids that catch the eye of today’s fashion industry, Emhoff is relatively tame. But she was these things a month ago, before her stepmom became America’s #2.

In our Bananas Republic, nepotism is the new sexy.