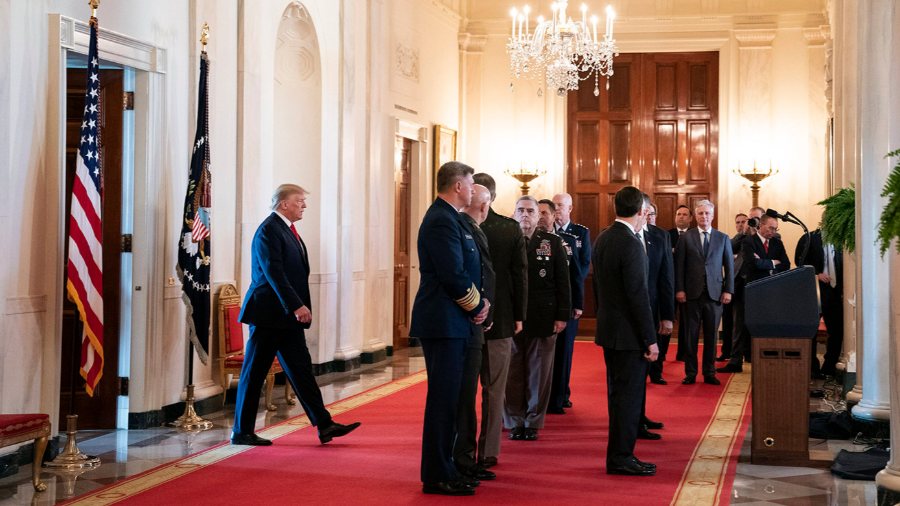 It’s not every day when major voices as disparate as Piers Morgan and Rush Limbaugh agree. But when it comes to Democratic (and, more widely, liberal) reaction to Trump’s killing of Iranian General Soleimani, Morgan and Limbaugh are singing the same tune. In their view, liberal hatred for Trump is so extreme that the left would rather sympathize with terroristic Iran than celebrate the death of a mass terrorist. How telling.

According to Morgan, “Soleimani was the world’s most dangerous terrorist,” no ifs, ands, or buts.

“As such,” Morgan continues, “he was no different ideologically from other terror leaders like Al Qaeda chief Osama bin Laden and ISIS commander Abu Bakr al-Baghdadi.”

And U.S. forces took out all three of these mass murderers. (The ISIS leader, of course, killed himself when he was about to be captured.)

“Yet unlike Bin Laden and Baghdadi, Soleimani’s death has been met with howls of protests from the world’s liberals,” Morgan observes.

Why? It’s because of liberal hatred of Trump.

Indeed, “when Obama ordered the execution of Bin Laden, liberals cheered him around the world. But Trump Derangement Syndrome dictates there must be a very different response when the current president kills a terror leader.”

Is Trump Derangement Syndrome to Blame for the Leftist Response?

Now, you might say that Morgan is wrong here. If Trump Derangement Syndrome was so blinding, why didn’t these same liberals condemn Trump for taking out Baghdadi?

The answer would appear to be that: 1) ISIS was too evil and could not possibly be defended. Whereas there can be sympathy for the nation of Iran and one of their generals. 2) Baghdadi ultimately killed himself. 3) His death occurred before Trump’s impeachment, with the impeachment causing the left to become even more radicalized.

Morgan was also right to dispel the myth that Trump acted impulsively and on his own to take out Soleimani. (He details the order of events in his article.)

This has been a concern of the left from day one, and it was a concern I had in the past as well. Trump will get us into another world war. He is irresponsible. He is a madman. He is unhinged and you never know what he will do.

Now, looking back at the events of this week, it seems that: 1) Trump succeeded in taking out the world’s leading terrorist. 2) He faced down the world’s leading sponsor of terror. 3) And, in his speech to the nation (and world), he even offered the people of Iran an olive branch of peace and a promise of prosperity.

What is so bad about this? So evil? So irresponsible? How does this hurt America? Endanger the world?

Indeed, it is now being reported that, “Iran DELIBERATELY failed to hit US military targets in Iraq missile attack for fear of escalating conflict with Donald Trump, intelligence sources reveal.”

Yes, Trump struck fear into the hearts of the Iranians after they publicly mocked him while attacking our embassy in Iraq. “You don’t mess with America,” he said loudly and clearly. Hopefully, Iran — already crippled by economic sanctions — got the message.

As for the well-being of our nation, could it be that Trump really does not want to put our troops in harm’s way? That he really does hate seeing Americans die overseas? That he would not irresponsibly lead us into another war? That there’s actually a human heart beating within his breast?

Trump’s actions have revealed the true colors of his most ardent critics. For example, Colin Kaepernick sees the killing of a mass murderer as another terrorist attack by America on brown and black people.

In his words, “There is nothing new about American terrorist attacks against black and brown people for the expansion of American imperialism.”

Morgan’s response was classic: “Kaepernick either doesn’t know, or chose to ignore, that for many years Iran has been committing terror attacks on black and brown people for the expansion of its own imperialist agenda in the Middle East.”

And need I quote the responses from some of the Democratic presidential candidates or extreme liberals like Alexandria Ocasio-Cortez?

Rush Limbaugh has actually compared some of these responses to the rhetoric of Iran. This illustrates the degree that Trump’s staunchest opponents are blinded by their hatred of him.

As reported (in sincerity) by the New Republic, “Trump’s Next Impeachable Offense is Nigh. Congress may have no other choice but to redeploy the ultimate check against a rogue president bent on committing atrocities.”

How Much We’ve Learned

Certainly, I understand the reason for concern when we take out another nation’s general. And I understand the skepticism about the reports that our intel said he was about to launch more attacks against Americans and others. Was there real intel, or was this a pretense? Or did we even need a pretense?

I’ll let the intelligence experts and military pundits sort that out.

I also agree that Trump’s tweet about destroying cultural sites in Iran was unwise and unnecessary, adding to fears about his reliability.