The Return of the King? 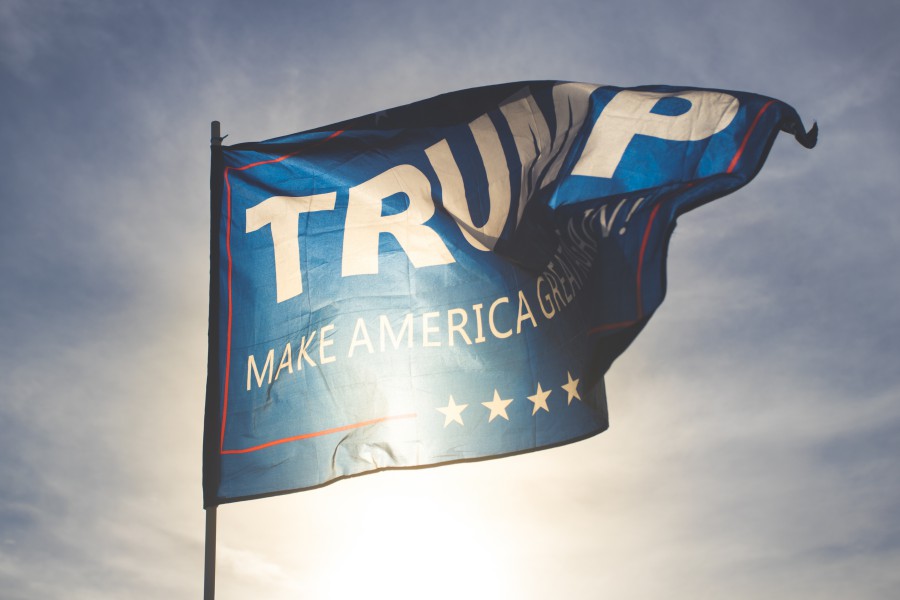 I said it when the president was acquitted. “We are already headed toward Trump 2.0 or something like it. And the Democrats have no one to blame but themselves.”

The Left should have reacted to 2016 by taking a good, hard look in the mirror and asking themselves, “What’s so wrong with us that we drove so many voters to Trump?” Instead, they decided that all they needed to do was oppose Trump 24/7 for four years.

And as they did so, to corrupt our public institutions to get what they wanted and exclude everyone who disagreed with them. Like the so-called “Equality Act” and its assault on religious freedom. Like the tech censorship and its silencing of conservative voices. The persistent legal harassment of nuns, bakers, and others, who won’t act as if they accept the Democrats’ sexual revolution. The ongoing demonization of conservatives as haters and racists and bigots. And a gazillion other things.

And what did the Democrats get? The enduring opposition of about half the country. And the presidency. But a president who, at best, won by having the election underhandedly tilted in his favor. And even then, only by less than 45,000 votes in three key states. On such a weak foundation as this does Biden pursue the most radical goals right away, by the least democratic means.

What’s the most likely outcome for the Democrats? Massive losses in the 2022 midterms. And Trump 2.0 — a movement that may be a lot harder to fight even than Trump 1.0.

Whats That Mean for Us?

What does this mean for religious, socially-conservative, pro-life conservatives? As I said here at the time of the Jan. 6th riot, however much I do love Trump — and I do! — my assessment remains transactional. If he can still deliver for the unborn, religious liberty, etc., I’m on board Trump Train 2.0. His record was phenomenal until January 5th and 6th and could be again.

As I also said here on his last day in office, his greatest accomplishment was moving the Overton Window to the right. The “window” marks the generally acceptable positions politicians can hold. Whether it will be Trump or someone else in 2024, things are possible now that were not possible before him. We need to guard and protect those possibilities.

There is a similar dynamic at play in the life of Rush Limbaugh. Talk radio in general could get away with things because Rush was doing those things. He was, in a way, to talk radio what the New York Times is to the media. He set the agenda that everyone else followed, made loud, confident conservatism permissible. And hugely popular.

His death could change that. Remember that story a few months ago about radio owners clamping down on what their conservative talent can say on-air? We are going to see more of that now that Rush is gone.

But we can’t coast on Democratic failures and Trump’s ongoing effect. We must protect the political openings Trump gave us. The more we get away from the Trump era, the more those openings may narrow or close.

When Mitch McConnell says we need to avoid a civil war within the GOP and instead focus on Biden’s hard-left turn, I’m on board. I am in the minority of Trumpers in that I have a great respect for McConnell. (Pence is another guy who deserves better from us.) Trump’s policy victories are largely owed to McConnell. Above all, the judges. Above all, the historic backbone it took to stiff Obama over the Scalia vacancy. I’ll never forget him for that.

The 2010s should teach us a lesson about the McConnell strategy. You remember the 2010s. That was the decade the GOP spent running against Obamacare. They promised their voters that if only they were returned to power, they would repeal Obamacare. Their voters believed them.

In this context, even someone like me can’t help but view the “Let’s just fight Biden” line with some cynicism. Can it please be real this time? If we take back the House, Senate, and presidency, can we enact actual legislation to protect religious liberty, unborn life, parental authority, conscience rights, and marriage? Instead of just handing out massive tax cuts?

And can we have actual legislation, putting conservative policies into law? Instead of just relying on executive orders that will disappear the moment we are out of power?

What we can’t have is a party of Mitt Romneys. He represents the party’s other side, the non-Trump side that slides left and right as things change. They move with the Overton Window. They don’t move it. This side of the party could easily give up all the gains Trump achieved.

Remember, Romney went from being the guy who said 47% of the country would not vote for him because they are takers to the guy who now proposes the most generous child benefit program. Again, we can thank Trump for moving the Overton Window in the right direction. But the shift only matters if our senators and congressman keep it there. They can’t let it drift left again.

Romney’s the canary in the coal mine for where the Republican party is heading. I am sure he is a wonderful human being. But as a public figure, he is a hollow man. He reflects whatever the current zeitgeist within the Party. And he’s not the only one.

So in 2008, when “theocons” were still riding high, Romney gave a fantastic speech on religion in public life. I voted for him in the primary that year. Then in 2012, when the Tea Party and Ayn Rand were all the rage, Romney put social conservatism in the closet and dissed 47% of the country as takers. Now that Trump has remade the GOP into a workers party, Romney is outdoing policy pioneers like Mike Lee and Marco Rubio in crafting a pro-family economic policy.

But he remains the GOP’s hollow man. If the zeitgeist shifts against the family, so will he. And so will too many other Republicans.

The world in which Romney would even offer his fine plan is a world created by Donald Trump. His speech Sunday at CPAC sustains that world. The hard-left extremism of the Democrats makes it possible for that world to still triumph.

Peter Wolfgang is president of Family Institute of Connecticut Action. He lives in Waterbury, Connecticut, with his wife and their seven children. The views expressed on The Stream are solely his own. His last article was Two Ways to Deal With Catholic Joe Biden.

Why the Republican Never-Trumpers Will Fail (Hint: They Won’t Do Their Own Job)