To Those Who Hate the Church: Be Careful What You Despise 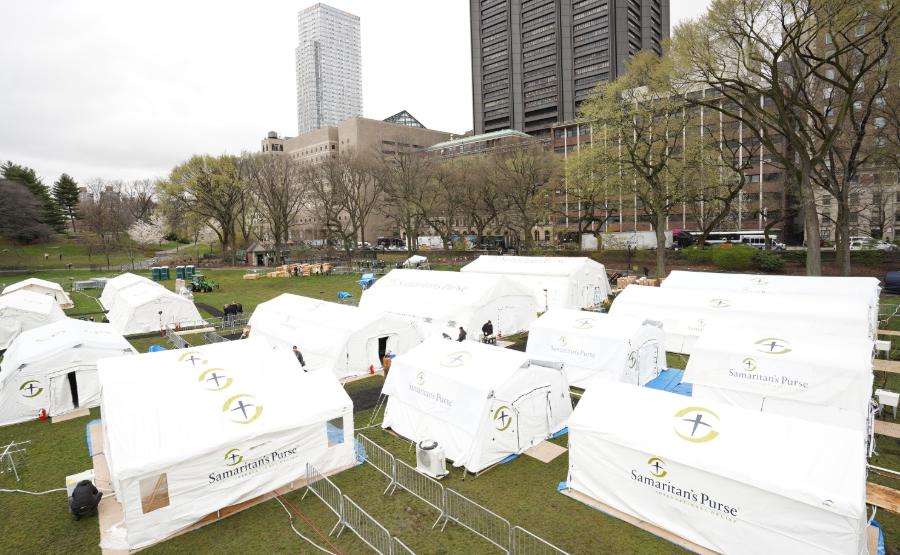 As a result of the current lockdown, we have learned how little some elected officials think of the local church. Liquor stores offer essential services. Churches do not. Abortion clinics must keep their doors open. Church buildings must keep their doors closed. In short, we can do just fine without the church.

This attitude goes hand in hand with the increasing animosity in America towards Christian faith in general, with many resenting the church’s tax exempt status.

In the eyes of the critics, these churches and their leaders are getting rich off the people, aided and abetted by the laws of the nation. And many say it is high time for this to stop.

To those who denigrate or even despise the role of the church in society, I offer you a strong word of caution: be careful what you belittle (or hate). The church is doing far more good than you can imagine.

This is What Churches Do

It’s easy to point to some extravagantly rich TV preacher, but that person is as common in ministry circles as the proverbial dodo bird. The vast majority of pastors are overworked and underpaid. They do what they do out of love for God and love for people.

That means people in your community. People with needs and challenges.

The last thing America needs is a diminished and weakened church.

During this time of shutdown, many churches are providing food for needy families in their communities, feeding countless thousands (by now, probably millions) across the nation on a weekly basis.

Who do you think runs many of the local soup kitchens? Helps supply the food banks? Gets involved in schools to mentor underprivileged youth? Volunteers at the hospitals?

Take away the influence of the church in a given location, and a real hole will be left in terms of acts of compassionate service.

Take away the influence of the church in a given location, and a real hole will be left in terms of faith and hope and inspiration and encouragement.

The last thing America needs is a diminished and weakened church.

This also holds true when it comes to morality, although those who hate the church will mock me for even saying this.

But God’s people are called to be a restraining influence against evil. A voice advocating for good. A moral conscience to a sinning world. In the words of Jesus, we are called to be salt and light, and when we fail to function in that way, moral deterioration accelerates.

To be sure, we have often been our own worst enemy.

We have been hypocritical. We have been riddled by sexual and financial scandals. We have engaged in partisan politics. And more.

That’s why it doesn’t surprise me greatly that a 2018 Gallup poll indicated that “the country’s perception of pastors fell to a record low in 2018.”

Yes, “Fewer than half of American Christians (42%) believe clergy have ‘high’ or ‘very high’ standards of honesty and ethics . . . . Self-identified Christians were about as likely to rate clergy’s ethical standards as just average (43%), and about 1 in 10 (12%) considered them ‘low’ or ‘very low.’”

It would appear, then, that the very bad reputation of the few has colored the general perception of the many, as I feel confident that the average, committed church-goer thinks much more highly of his or her pastor than this survey would indicate.

But we must also factor in the hostility of the left towards conservative Christian ministries. This was put on grand display with New York City’s treatment of Samaritan’s Purse, as Christian healthcare workers labored sacrificially, day and night, only to be told by elected officials and others that they were not welcome because of their Christian beliefs.

This, in effect, provides a microcosm of the left’s relationship to Bible-believing churches. The hostile society despises and rejects them to its own detriment.

And that reminds of an old story about a famously rich and infamously miserly Jewish man who lived in a town in Europe.

Every year, the local synagogues would send requests to him for financial help for the poor, and every year, he would gruffly refuse. Naturally, he was judged harshly by others in his town. “He has so much money but he won’t even donate a dime!”

After he passed away, there was a sudden drop in financial support for the poor, and the leaders could not figure it out.

It was only then that they learned that this rich Jewish man had been incredibly generous, responsible for large, anonymous donations every year. But he was so determined not to get any earthly credit for it that he pretended to be a miser.

It was only after he was gone that the community realized the vital role he played.

Astrology’s Popularity is Growing. Why?