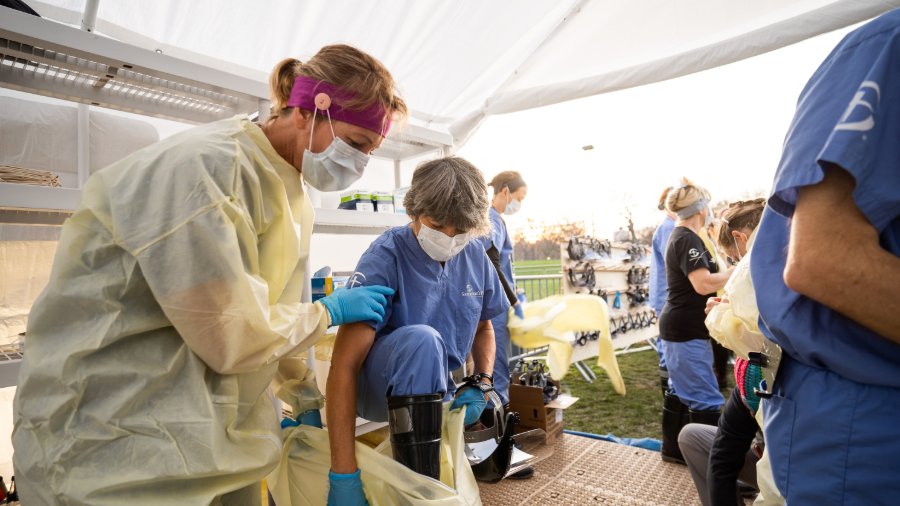 It would be one thing if Samaritan’s Purse refused to treat a gay man. Or mocked a trans-identified individual. Or discriminated against a lesbian needing medical care. But none of that has ever happened.

The Crime of Being Christian

It was bad enough that Franklin Graham’s evangelistic ministry in the U.K. was opposed because of his pro-Bible comments regarding sexuality and marriage. These days, that is the price for taking a stand for biblical truth and for opposing radical LGBTQ revisionism.

Samaritan’s Purse, which selflessly serves the sick and hurting worldwide, is opposed because their statement of faith is Christian.

But it’s far worse when Graham’s humanitarian arm, Samaritan’s Purse, which selflessly serves the sick and hurting worldwide, is opposed because their statement of faith is Christian. What on earth has happened to our society?

As John Hirschauer noted in the National Review, “the volunteers for Samaritan’s Purse put themselves in harm’s way, acting as backstops for a municipal hospital system at risk of being overrun with coronavirus patients. The group’s Evangelical Christian volunteers expose themselves to infection and disease at no charge to patients, treating the sick without regard to race, religion, sexual orientation, or any of the other identity groups under putative ‘siege’ in the United States.”

Protesting for “Help Not Hate” Because of a Statement of Faith

Yet last Tuesday, April 15, NBC News reported that, “a group of LGBTQ activists stood several yards away from the Samaritan’s Purse field hospital on the East Meadow lawn and blasted city and state officials and Mount Sinai Hospital for partnering with the evangelical humanitarian relief organization treating overflow patients suffering from the coronavirus.”

As expressed by Jay W. Walker, an activist with the Reclaim Pride Coalition, “How was this group ever considered to bring their hatred and their vitriol into our city at a time of crisis when our people are fighting a pandemic?”

It is true, as NBC News noted, that, “The hospital is staffed with Christian doctors and nurses experienced in treating infectious diseases.”

And these Christians donate their services to help strangers, putting their own lives at risk in a living demonstration of “love your neighbor as yourself.”

“But,” the report continues, “Samaritan Purse’s policies require most contractors and some full-time volunteers to sign a statement of faith that includes a declaration that ‘we believe that marriage is exclusively the union of one genetic male and one genetic female.’”

Oh, the horror! Oh, the hatred! How dare this Christian organization, led by the son of Rev. Billy Graham, uphold biblical values. How dare they affirm marriage as it has been affirmed by Church and Synagogue for two millennia. How dare they refuse to bow the knee at the altar of political correctness. Oh, the shame!

Writing in the New York Post on April 3, Bob McManus pointed out that Samaritan’s Purse makes it mission and message loud and clear: “‘Why did you come?’” asks its website. “The answer is always the same: ‘We have come to help you in the Name of the Lord Jesus Christ.’”

How dare this Christian organization, led by the son of Rev. Billy Graham, uphold biblical values. How dare they affirm marriage as it has been affirmed by Church and Synagogue for two millennia.

And yet that is where the problem lies: They are Christians coming to serve in the name of the Lord Jesus Christ. They have crossed a dangerous line — at least, in the eyes of men like Mayor de Blasio.

Gotham’s chief executive this week might have accepted with some grace an offer of assistance from a crisis-tested, and devoutly Christian, emergency-relief organization — but he gave it the fisheye instead.

It seems that in Blasville, evangelical Christians armed with tons of the sophisticated medical equipment so sorely lacking in the city right now, plus the expertise to use it, are presumptively suspect. And are perhaps to be expelled.

Thus it was with Samaritan’s Purse, the unapologetically fundamentalist rolling rescue squad perhaps best known for the Ebola clinics it established in West and Central Africa over the past decade.

The Values of New York City

Somehow, though, Mayor de Blasio was surprised to hear that Franklin Graham’s organization was actually — oh no! — Christian. And so he commented, “I said immediately to my team that we had to find out ­exactly what was happening. Was there going to be an approach that was truly consistent with the values [of] New York City?”

Ah yes, the values of New York City, the city that aborts more African American babies than it sees born every year. By far.

And the city that says: If you hold to Christian beliefs and values, you cannot serve our citizens. Not at your own expense. Not at the risk of your own lives. Not if you do it as Christians.

Better to let the COVID-19 victims pass away in their misery. We will not have true Christianity in our midst.

Wake Up: There Are Those Who Want to Put Christians in the Closet

That is how far we have fallen, and we dare not ignore the handwriting on the wall. After all, if a Christian humanitarian organization can be protested during a pandemic for affirming biblical values, what will happen to churches and ministries during times of health and prosperity?

For those who are still slumbering, it is well past time to wake up.

Fifteen years ago, I was mocked for saying that those who came out of the closet wanted to put us — Bible believing Christians — in the closet.

That now seems like a lifetime ago. For those who are still slumbering, it is well past time to wake up.