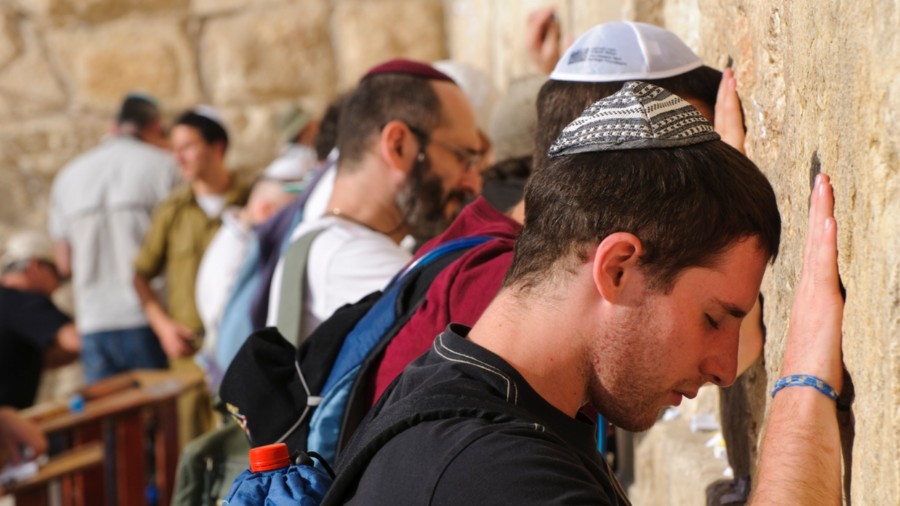 The ongoing controversy over GOD TV’s Hebrew speaking channel in Israel has triggered an age-old debate: Are Jews who believe in Jesus still Jews?

For decades now, religious Jews in particular have said to me, “You’re not a Jew!” Yet the antisemites of the world have no trouble identifying me as a Jew, flooding my social media pages with vile, Jew-hating comments. How ironic.

To be sure, there are plenty of religious Jews who would see someone like me as an apostate Jew yet still a Jew. Many would even take the stance that I am a tinok shenishba, a child born in captivity, and therefore not as fully culpable for what they see as my idolatrous beliefs. There is also the famous Talmudic statement that, “Even though he sins, he is still Israel” (b. Sanhedrin 44a).

It’s to Be Expected: Jews Who Believe in Jesus Suffer Rejection

Yet others, in keeping with some halakhic (legal) rulings or simply following their heart, will tell me I am not a Jew, quite forcefully at that. (See here for an example, starting at 12:28. For similar sentiments expressed to a Messianic Jewish colleague of mine, even though he is married to a sabra [that is, a native born Israeli], is an Israeli citizen, celebrates the Holy Days, observes biblical kashrut [dietary laws] and honors the Sabbath, see here, starting at 7:18.)

For my part, the last thing I’m expecting is a word of congratulations or affirmation from the Jewish community, especially from traditional Jews. As much as I respect devoted rabbis and community leaders, I have crossed a dangerous line in their eyes, forfeiting my rights and my inheritance. So be it.

Jews who believe in Jesus will suffer rejection and ridicule and scorn. It comes with the turf, and I make no complaints about it. (See Hebrews 13:10-15.)

Antisemites Have No Trouble Recognizing My Jewishness

That being said, I still do find the situation highly ironic. While many in the Jewish community do not see people like me as Jews, antisemites have not lost sight of our identity. And if we are Zionists, believing that Israel is the eternal homeland of our people, we are even more sinister in their sight.

Accordingly, when I post videos refuting common antisemitic myths and libels, I’m told that I’m funded by Jewish banks, that I work for the Mossad, that I’m a crypto Jew, secretly infiltrating the Church to turn it to Judaism, and more. (I’ve even been accused of being a secret agent for Chabad, an ultra-Orthodox Jewish group that actively proselytizes non-religious Jews!)

The other day, I spotted these comments on one of our social media pages, completely unprovoked: “I hope the Holocaust gets a round two and you are the first to go Dr. Michael Brown so I can laugh on your ashes.” It was followed by this: “Take a [expletive] on your greedy Jew grave.” And then this: “Get zyklon b.” (I captured these in screenshots before deleting them.)

On and on it goes, often by the hour, sometimes by the minute. The Jew haters recognize a Jew when they see one.

Another posted this, responding to a video where I called out an antisemitic pastor who also celebrates the killing of gays: “Jesus is not a Jew. Jesus is the Son of God. The Jew has rejected the Son of God. The Jew has speculated in their Talmud that Jesus is born of a Whore Mother and a Roman Soldier in their Talmud. Doc Brown, if the Gospels have any chance to reach the masses… The Jew must be separated from Christianity. Jesus was not a Jew nor a Rabbi. He was the Word made Flesh. Doc Brown, you are a Zionist shill. Punk [expletive] [expletive].”

And then this, to another video, which dealt with a passage in the Book of Revelation: “Brown is a Talmudist Eastern European ‘Jew’ supremacist.”

And this, to a video rebuking an “evangelical Christian” antisemite: “5 words for you zionist Jew racist deceiver Talmudic.”

On and on it goes, often by the hour, sometimes by the minute. The Jew haters recognize a Jew when they see one.

It didn’t matter if that Jewish person saw himself as more German than Jewish or if that Jewish Christian was thoroughly assimilated in church life and had lost any connection to Jewish tradition or custom. He was still a Jew, and as such, had to be exterminated.

That’s why it was no surprise when a Messianic Jewish synagogue was vandalized in 2018 (in Cary, North Carolina) and another was targeted for bombing in 2019 (in Las Vegas, Nevada). The buildings looked Jewish enough for the haters, even though the congregations professed faith that Yeshua was the Messiah.

And that’s why, regardless of how much I am rejected by my own people (again, this is not a complaint; I am no martyr), I will continue to expose the lies of contemporary antisemitism along with some of the horrible chapters of church history.

I remain a Jew regardless of public opinion.

God knows, and that’s more than enough for me.