Yes, Israeli Friends, We Want You to Believe in Yeshua (Jesus) 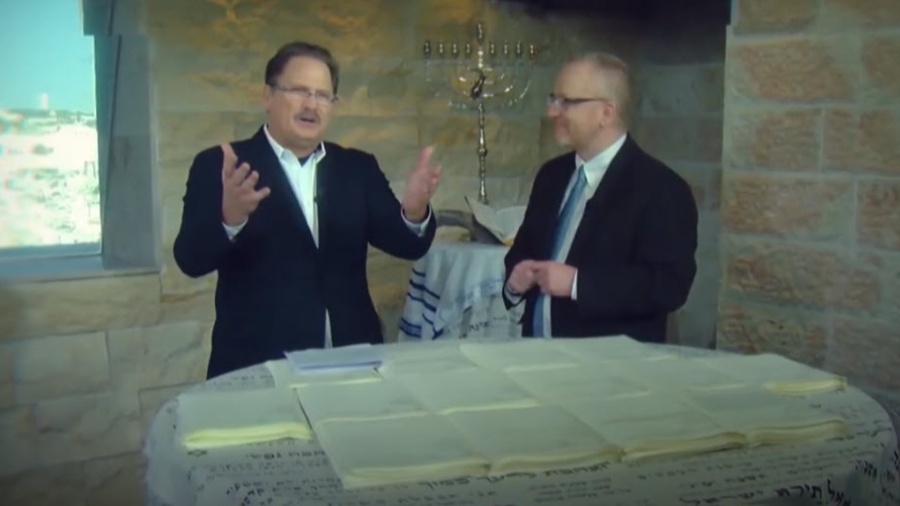 I can address this personally, both as a Jewish follower of Jesus (aka, Messianic Jew) and as a close friend of Ward Simpson, the president and CEO of GOD TV. (Ward was also a student of mine in the mid-1990s. I also host a daily Q&A show on GOD TV, for which I receive no financial compensation. GOD TV’s Hebrew channel is called Shelanu, meaning “ours.”)

Here are the facts.

GOD TV is committed to being a friend of Israel, no matter what, helping to raise funds for needy Israelis, combatting antisemitism, and standing with Israel politically.

GOD TV will continue to do that, regardless of whether one million Israelis believe in Jesus or every Israeli rejects Jesus.

Because GOD TV’s love is Christian, that love is also unconditional.

Long before there was even a thought of having a Hebrew-language outreach channel in Israel, GOD TV was raising money from its viewers to bless and help the people of Israel.

That’s why, long before there was even a thought of having a Hebrew-language outreach channel in Israel, GOD TV was raising money from its viewers to bless and help the people of Israel. No questions asked. No strings attached. No secret motives.

GOD TV will continue to do this, regardless of the backlash it is facing in the Israeli media and the Jewish press.

GOD TV will continue to stand against the unfair treatment of Israel in the UN and other international bodies.

And, as long as the door remains open, GOD TV will preach the good news of Yeshua the Messiah in Hebrew on Israeli TV. That’s what followers of Jesus do. They share their faith. With everyone.

They also take the words of Jesus seriously, namely, that the gospel message begins in Jerusalem (see Luke 24:44-47; Acts 1:8). And they agree with the apostle Paul, who taught that the gospel was to the Jew first and also to the Gentile (see Romans 1:16).

Why should the good news be withheld from the Messiah’s own people? Isn’t that a form of discrimination?

A traditional Jew would say, “We don’t need your Jesus. We have our own covenant with God. We have the Torah. We have our traditions. Don’t bother us with your Christian message.”

But that’s also what a Muslim would say (in different words, of course): “We have Muhammad and the Quran. We have the true revelation.”

And that’s what practitioners of other religions would say (again, in their own words).

That’s also what atheists and other non-believers would say: “We don’t believe in God and we don’t want your religion.”

Yet followers of Jesus seek to share the good news with everyone who will listen, including religious Jews, devout Muslims, committed Hindus, as well as witches, New Age mystics, agnostics, atheists, and whoever else will lend an ear. (The truth be told, many of us came from these different backgrounds before believing in Jesus-Yeshua.)

And that’s what Christians friends of Israel should do: demonstrate unconditional love to the people of Israel and share the good news of Jesus the Messiah with them. To say, “We love the Jewish people but we oppose Messianic Jews sharing their faith with them” is to fall short of Christian love. (I can respect Christian ministries in Israel that must agree not to proselytize, as long as their statement of faith makes plain that Jews, like all other people, need Jesus to receive forgiveness of sins.)

Ward also noted that the goal is not converting Jews to Christianity. It is helping them recognize Jesus as their Messiah without renouncing their Jewish identity or calling.

The Gospel is Already Being Preached in Israel

But here’s the bigger news. The gospel has been preached in Hebrew, in Israel, for decades.

Every day, Messianic Jews, some of them born and raised in Israel, share their faith with their friends and co-workers, in Hebrew.

Every day, Israelis watch testimonies on websites like One for Israel, in Hebrew.

Every day, Jewish followers of Yeshua engage in different forms of outreach, in Hebrew, in Israel.

And day by day, week by week, the number of Israelis who believe in Yeshua continues to grow. As noted by a researcher with the Caspari Center, “In 1999, the number of [Jewish] believers in total was approximately 5,000. Today, 5,000 is just the number of believers in Russian-speaking congregations in Israel.”

Not surprisingly, many Orthodox rabbis are angry with GOD TV, with some even claiming that the network is undermining their work with other Christians.

As expressed by Rabbi Tuly Weisz, “I’m trying to convince other Israelis that we can start to trust Christians once again, and that they do not have ulterior motives — and, lo and behold, God TV is demonstrating that there are in fact very clear strong ulterior motives in their support for Israel.” (According to Haaretz, Weisz is “an Orthodox rabbi who immigrated to Israel from the United States and has been engaged ever since in creating bridges between Israel and the international evangelical community.”)

Weisz added, “That shatters the faith of people like me, who had hoped we were making a difference in Jewish-Christian relations.”

But with all respect to Rabbi Weisz, evangelical Christians do not have ulterior motives. They believe it is right to stand with Israel and demonstrate Christian love because they see a clear mandate in Scripture to do so. And they also share their faith with the people of Israel whenever an Israeli opens the door.

As for the charges, put forth by some counter-missionary rabbis, namely, that GOD TV is engaging in illegal proselytization, meaning proselytizing minors or offering some kind of compensation for conversion, those charges are patently false.

GOD TV is doing nothing illegal, and GOD TV has been open and up front from the start with their intentions.

More importantly, GOD TV is simply partnering with Messianic Jews in Israel and Israeli Arabs to give them a platform to express their views.

Seventy percent of the content has been produced by local Messianic Jews, most of them born in Israel. Four out of the 5 board members are Israeli, and one is a Christian Arab.

Messianic Israelis are excited to have a platform to share their art, music and yes, their stories of finding Yeshua. And while GOD TV has generously underwritten the channel, the channel itself is a partnership with the nearly 200,000 Messianic Jewish and Christian Arab Israelis.

The good news, then, is that, whatever the government decides to do with GOD TV’s contract, the gospel will still be preached in Hebrew, in Israel every day, by the local believers, reaching hundreds of thousands, or even millions of Israelis. (For the record, the gospel is also being preached in Israel in Arabic every day as well, not to mention throughout the Arabic speaking Muslim world.)

And, regardless of how the government of Israel treats GOD TV, and no matter what misinformation the Israeli media or counter-missionary rabbis spread, GOD TV will continue to love and bless Israel.

That’s what Christians do.