The Stream's weekly look at the ongoing sacrifices of U.S. troops and military families serving around the world. 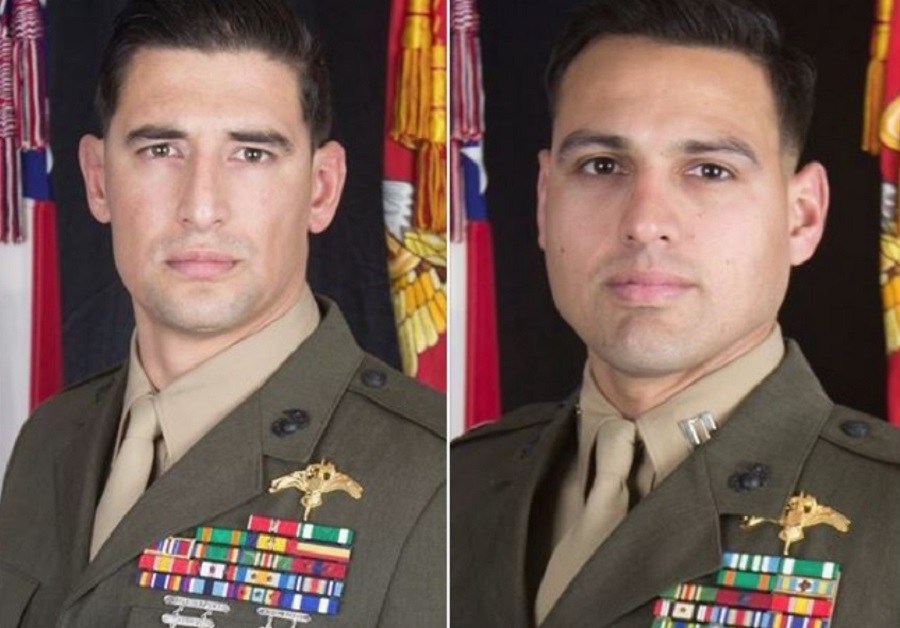 The U.S. military is still at war and brave American service members are still sacrificing everything to hunt and kill the world’s most dangerous terrorists.

“Their courage to confront the evil of ISIS while advising Iraqi Security Forces in close combat is a testament to the coalition’s steadfast commitment to achieve our goal to defeat ISIS permanently,” U.S. Army Lt. Gen. Pat White said in a statement. “Moises and Diego made the ultimate sacrifice to defend our freedoms and protect our way of life; they will not be forgotten.”

After the U.S. Marine Corps Raiders were killed in action on Sunday, a “brutal fight” between American troops and ISIS fighters ensued, according to Military.com.

“The forces trekked through mountainous terrain and eliminated four hostile ISIS fighters who were barricaded in the caves,” Military.com quoted coalition spokesman Col. Myles B. Caggins III as saying in a statement. “The recovery took approximately six hours.”

Gunnery Sgt. Pongo is survived by his daughter and mother, according to the article. Captain Navas leaves behind a wife and four children.

Update: A Wednesday evening NPR report said 2 Americans were killed on Iraq’s Camp Taji near Baghdad when “more than 15 rockets” rained down on the base, which houses U.S. and international troops. If the report is true, four Americans have been killed in Iraq so far this week.

With much of the American and global media fixated on nearly non-stop coronavirus coverage, we must remember to pray for America’s newest Gold Star families and those still fighting a war on terrorism. As Lt. Gen. White said, “they will not be forgotten.”

Speaking of coronavirus, a U.S. Army soldier who had been quarantined in Kuwait thankfully tested negative for COVID-19 on Tuesday.

Good news update from CENTCOM: The soldier who was screened for #COVID19 and placed in isolation in Kuwait as a precautionary measure has tested negative for the virus. https://t.co/rZeaeFusei

The Department of Defense held a coronavirus briefing on Monday at the Pentagon. Jonathan Hoffman, Assistant to Secretary of Defense Mark Esper, said that “precautionary travel restrictions for military personnel in high-risk areas” will continue for the foreseeable future.

“We’re going to be implementing additional [measures] throughout this week, you will see in the Pentagon and — and elsewhere,” Hoffman said. “The goal is to do what is prudent up front in an effort to limit the potential spread of coronavirus.”

As of 5:00 a.m. Monday, seven active duty service members had tested positive for COVID-19, according to Brig. Gen. Paul Friedrichs, Joint Staff Surgeon for the Joint Chiefs Of Staff.

“So to frame this from a medical standpoint, the immediate risk to our force remains low across the force and I want to be very clear about that,” Gen. Friedrichs said. “We’ve had a handful of cases around the world. No one is seriously ill at this point, everyone that has been diagnosed is being appropriately treated, getting the care that they need.”

While our prayers go out to all American service members battling coronavirus, the U.S. military clearly isn’t panicking over the disease. Neither should we.

Despite a flurry of recent attacks by the Taliban, some U.S. forces started withdrawing from Afghanistan this week, according to the Associated Press.

In accordance with the Trump administration’s peace deal with the terrorist group, the number of U.S. troops at war in Afghanistan will drop from 13,000 to about 8,600 in the next four and a half months, according to the AP. All American forces are supposed to be out of Afghanistan in the next 14 months.

Seven American heroes have died in Afghanistan so far this year. The service members still serving there remain separated from their families while risking everything in a war our military has been fighting since 2001. Please keep all of our courageous troops and their loved ones in your constant prayers as they protect and preserve our freedom.

A group of U.S. Air Force airmen recently arrived back at their base in England after completing a deployment. 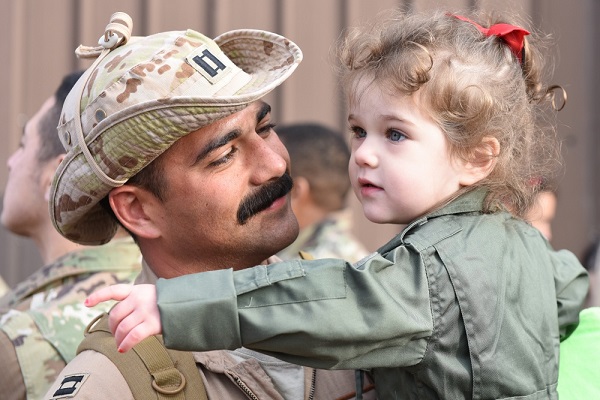 A little girl welcomes her father back from a deployment as U.S. Air Force airmen returned to Royal Air Force Lakenheath in England on March 4, 2020.