From fighting the war on coronavirus to battling terrorism, the brave men and women of the U.S. Armed Forces are risking their lives to keep us safe. 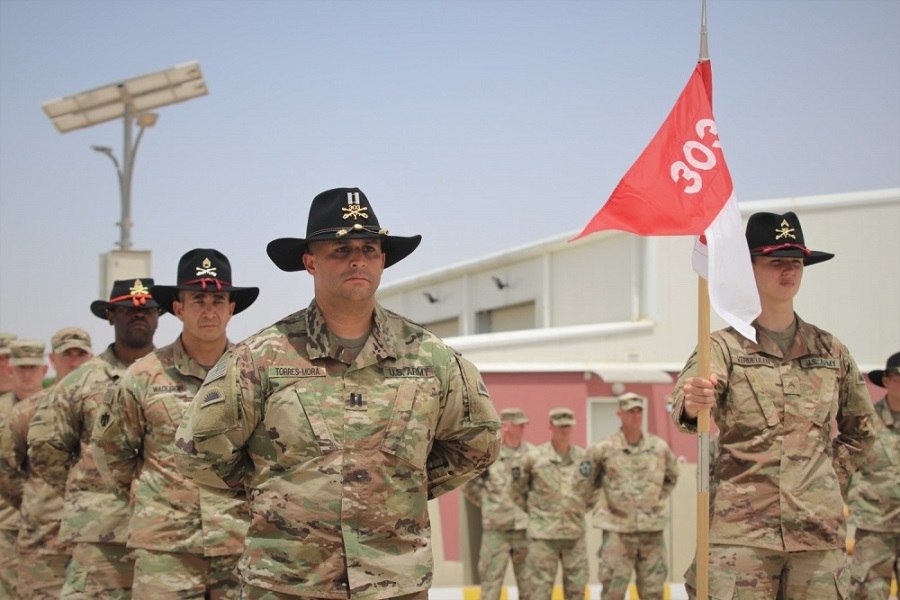 Thousands of American troops are still at war or training in hotspots around the globe. Tragically, our nation has lost another soldier who was serving our country in the Middle East.

According to the Department of Defense, U.S. Army Spc. Nick Bravo Regules “died June 23, 2020, in Jordan while supporting operations in the U.S. Central Command area of responsibility, from a non-combat-related incident.” His death is being investigated by the Pentagon, but is not suspected of being related to COVID-19, according to the Army Times.

“This was Regules’ first deployment,” Army Times reporter Kyle Rempfler wrote. “He joined the Army in May 2017 as a nodal network systems operator and was assigned a battery at Fort Bliss in March 2018, according to the Army.”

In Iraq, American forces continue to target the world’s most dangerous terrorists. The above video, which was released this week by the Pentagon, shows U.S. and French war planes recently hammering an ISIS training camp in Iraq. There was no immediate word on how many terrorists were eliminated in the airstrike.

The United States has also increased the bounty on new ISIS terrorist leader Amir Muhammad Sa’id Abdal-Rahman al-Mawla to $10 million, according to this CNBC report.

“Al-Mawla — also known as Hajji Abdallah and Abu-‘Umar al-Turkmani — succeeded Abu Bakr al-Baghdadi as the leader of ISIS following Baghdadi’s death during a U.S. military operation in October 2019,” the State Department said in a statement. “Al-Mawla helped drive and justify the abduction, slaughter, and trafficking of members of Yazidi religious minority groups in northwest Iraq, and he oversees the group’s global operations.”

Please pray for our courageous troops fighting terrorism overseas as well as their families here at home.

All across the country, U.S. National Guard service members are continuing to quietly fight the war on COVID-19.

Soldiers & Airmen with the @DelawareNG helped the @FoodBankofDE during today’s drive-thru food pantry at the @MonsterMile in Dover. These @USNationalGuard members distributed much-needed food to address the demand for food assistance amid COVID-19. (📸: Capt. Brendan Mackie) pic.twitter.com/3cN0Lf7H0w

From operating coronavirus testing sites and supervising supply missions to securing nursing hopes and running food banks, brave soldiers and airmen are spending each day lending a hand to those in need.

When COVID-19 caused schools to close, the @NCNationalGuard helped make sure that kids that relied on school lunches received the meals they needed. #InThisTogether https://t.co/rvQpbvDifZ

In Bladen County, North Carolina, some schoolchildren who would normally eat their breakfast and lunch at school have been getting free meals from their state’s volunteer warriors. These National Guard heroes are helping countless families dealing with unemployment and economic hardship.

“The National Guard has stepped in and provided our district the opportunity to support children through natural and healthy eating habits,” Elizabethtown Middle School principal Jamal Dunham said. “We would not have been able to make the impact we’re making without the help of the National Guard.”

These types of stories don’t normally make headlines, but the compassion displayed on a daily basis by our military deserves our attention and gratitude. Thank God for our brave men and women in uniform.

National Guard troops also continue responding to civil unrest. In our nation’s capital, 400 soldiers were activated this week to protect monuments from possibly being pulled down during protests. Rioters unsuccessfully tried to pull down a statue of President Andrew Jackson on Monday night in Lafayette Park, which is just steps from the White House.

“The National Guard soldiers activated this week will not be armed, but will serve as ‘uniformed deterrence’ in support U.S. Park Police in protecting any key monuments to prevent any defacing or destruction,” according to a report by WRC-TV in Washington.

Please keep the brave men and women of the National Guard in your prayers as they follow orders and help keep all of us safe.

A dozen brave airmen serving with the Alaska Air National Guard returned to their home state on Monday after spending many months at war in Kandahar, Afghanistan.

Master Sgt. Bryce Weight, of the @176thWing, holds his daughter with her welcome home sign in hand upon his return from a deployment in support of Operation Freedom Sentinel. Welcome home! https://t.co/r4frQXzwfq pic.twitter.com/NT1UijIGSK

Welcome home, heroes! Thank you for risking your life overseas to defend our freedom.