An interview with Timothy Gordon

The Stream: Please tell us about yourself.

I am a 39-year old white, male Roman Catholic writer and teacher of philosophy and theology. Married with six children. I was educated in graduate philosophy at the Pontifical Gregorian University in Rome, Italy. So I’d planned to begin doctoral studies there, but my first daughter Abigail was born with traumatic brain injury. That drove my small family back to the States.

At that point, I studied law at the University of San Diego. In addition to conference and journal white papers, I’ve published two books, Catholic Republic and Rules for Retrogrades. A third will appear later this year: No Christian Feminism. I worked in the law for a year, before returning to the Catholic high school, Garces Memorial, to teach theology for the past six years. Simultaneously, I’ve been a conservative Catholic commentator for the past few years on the social media platforms YouTube (“Rules for Retrogrades” podcast) and Twitter. 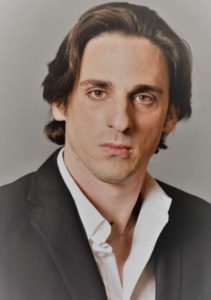 Abigail recently underwent complex brain surgery, and the “Ram Fam” at Garces told us they were praying for us daily. This fits strangely with an unjust firing (less than two months after my daughter’s surgery date), which removes Abigail’s health insurance for physical therapy and recovery.

An All Too Typical Catholic-Scented School

Describe the school — who goes there, what it’s like.

Garces is in all ways except one a typical, large, diocesan Catholic high school. All Catholics will be familiar with that category. In terms of the articulation of the Church’s crystal clear yet unpopular doctrines, it designates a general capitulation by the Church to the world. Unpopular teachings by the Church on abortion, gay “marriage,” and contraception are usually ignored. Or contradicted. Openly liberal faculty and staff at such schools balk at Church teaching without fear of termination. Such “Catholic-in-name-only” schools offer no safe harbor to faithful sons and daughters of the Church — neither to teachers nor to students of this persuasion.

Garces is different in one key aspect: its location in a conservative enclave in an otherwise very liberal state. So when a cultural, political, and theological conservative like me gets hired — as I did six years ago — politically conservative parents and students rejoice. Granted, even political conservatives bristle at some of the thornier aspects of Catholic teachings. (For instance, that against contraception.) But with good teaching and committed learning, they come around.

Naturally, even in a conservative area like Bakersfield, California there exist progressive dissenters among students and parents. These will not be led in the classroom, no matter how cogently the perennial ideas are presented to them.

So, Garces, my former employer, was unique among the large, diocesan “Catholic” education mills. It employed a faithful theology department which I led as chairman, and other faithful Catholics joined. Some left after short tenures because they grew tired of the unspoken progressive scorn coming from progressives on campus. From fellow faculty, parents, and students.

Unpersoned by the Woke Mob

What happened to your job last week?

I was notified by an email from the Diocese of Fresno that my yearly contract had been non-renewed. This came after an employment offer made by them and ratified by me. This email followed short hours after a petition by progressive students and parents demanded my removal. The reason? A series of tweets I had made (on summer break) about the domestic terror group “Black Lives Matter.”

Notably, many (I think most, although I haven’t yet counted precisely) of these students I had never taught. Many attended Garces before I arrived there. Some never attended Garces. The organizers were getting signatories any way they could. I’m told that students were being bullied into signing it. Even then, they could scrounge up very few of the 600+ students I’ve taught over six years.

What had you said online? Is it anything you’d like to retract? Or to reiterate?

I regret nothing. I called BLM a terrorist organization, which is an incontrovertible historical fact. It can be easily found online that the BLM is considered a Black Identity Extremist group by the FBI after one of their members was killed by police in Texas. I also made a joke about (pro-LGBT Jesuit) James Martin and BLM activists on Twitter that I don’t regret. There are outlets that are saying that I called for violence against protesters. False. I called for the lawful implementation of Second Amendment rights in the case of arsonists and violent assailants physically attacking store owners and their property.

Dissident Catholics Get Their Revenge

Who led the call for you to be fired?

GHMS parents and students, unhappy about my teaching the true faith in the classroom, led the charge. These students had been the few dissenting ones challenging Catholic moral theology in my classroom, and/or rolling their eyes when I would teach it. 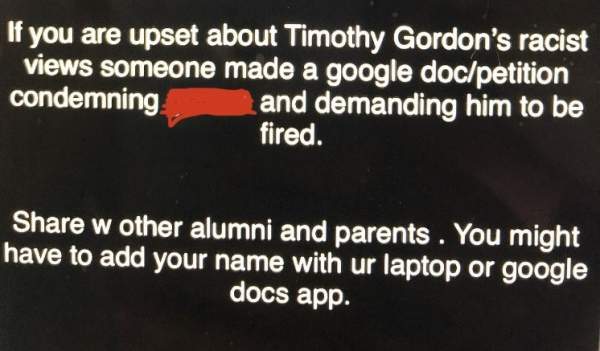 Who at the school made the decision?

I received an email by the Diocese of Fresno’s superintendent, Mona Falkner. It let me know that my contract would not be “renewed.” The problem with that is: it had already been renewed two months prior. After six years of teaching at GHMS I never received a call or text by my administration to inform me that my job might have been in danger.

Catholics Forced to Sue Their Church

Have you gotten any support from parents or other teachers?

Yes, on all counts. The vast majority of the school is with me. I have received letters, texts, and calls by the minute. Many of the people on the petition were never in my class. Many of my former students, of all colors, have written or called the diocese on my behalf. Garces parents (past and former) have also been very supportive. Many have pledged that they will no longer support GHMS financially.

Are you considering legal action?

Yes. I will seek justice in the courts. I have retained LiMandri & Jonna LLP to represent me in this matter and protect my rights. They have successfully represented other faculty and staff persecuted for their conservative viewpoints. These included devout Catholic teachers and staff at Immaculata High School in New Jersey and Loyola Marymount University in Los Angeles. The firms is also pursuing a similar case on behalf of a conservative faculty member at DePaul University in Chicago.

Are the Catholic churches in your area threatened by looters?

We have some demonstrations here in Bakersfield. So … yes. BLM is a self-appointed enemy of all Christians, given their policy agenda. I have heard that the group is making its way into the neighborhoods. But I have yet to hear of any of specific Catholic churches being targeted.

Are clergy or bishops siding with the riotors?

The Fresno Diocese cast their lot with the BLM. The Diocese honored the bogus claims of a small band of disgruntled students who didn’t like it when I taught them authentic Catholic doctrine on homosexuality, abortion, contraception, and Islam.

What does it say about the Church in America that its de facto leader, Wilton Gregory, denounced the president for setting foot on church property?

It says everything one needs to know about the state of the Church.

What can people do to help?

Anyone who wishes to help my cause please visit TimothyJGordon.com. We have lost our insurance at a difficult time. My daughter just had major brain surgery (a complete hempispherectomy) a few weeks ago and needs follow up medical attention.

How ominous is it that a radical faction can snap its fingers and wreck its critics’ lives, with the Church as enforcer?

Exceedingly. This is what we have allowed to happen to our country because other men won’t stand up and say “enough. I’ll say what I want.” They can’t fire all of us.