A review of Rules for Retrogrades by Timothy and David Gordon 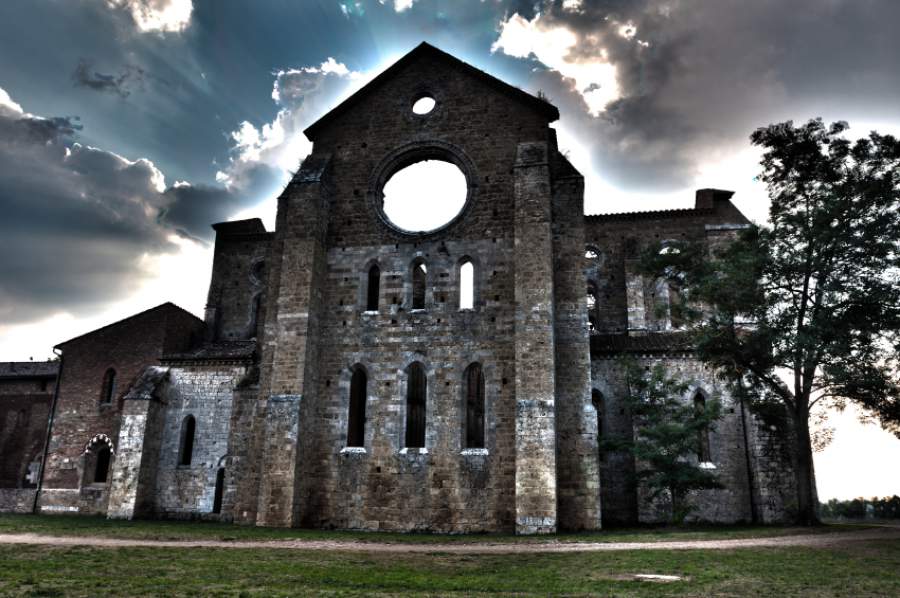 Tough times require tough people. And our times just got a lot tougher. The sudden quarantine of most our country has revealed to most of us how dependent and vulnerable we really are. Do we have the character to deal with that? Are we resilient? Or even better anti-fragile? That is, prepared to take the shocks of changing times and grow stronger as a result of them?

It’s time to take a searching look within. Within ourselves first, of course. But also within our religious and political institutions and movements. Just how, exactly, did the Christian worldview and American liberty suffer such an uninterrupted string of defeats in the past 30 years?

This despite a well-funded, brainy “conservative” movement full of magazines and thinktanks. This in the face of large, prosperous churches full of apparently zealous believers. Pat Buchanan caused countless Republicans to clutch their pearls and take to their fainting couches in 1992, when he told the Republican National Convention that Americans faced a “religious war” aimed at them. Go ahead, watch the speech, one of the greatest in American political history.

Who can really deny now that Buchanan was right? Or that on issue after issue after issue (abortion, marriage, LGBT aggression, religious liberty) we have been losing? Collapsing, surrendering, and collaborating, like the French in 1940?

I remember at the time that the GOP establishment sent ghost-written “virtue”-peddling William Bennett on TV right after Buchanan’s speech, to poo-poo it and call him “extremist.” Bennett reassured voters that candidate George H.W. Bush wanted nothing to do with such zealotry. The GOP, Bennett promised, would do little or nothing to fight back in that war. And that’s one promise it kept, right up through 2016.

Want to understand how that happened? How our party could nominate as its presidential candidate in 2012 Mitt Romney? (A man who’d crusaded for state-funded abortion, same sex marriage, and proto-Obamacare all through the 1990s.) Why GOP elites reacted as they did to the rise of an authentic political genius like Donald Trump? They didn’t embrace him (as the Democrats did Bill Clinton and Barack Obama), but froze him out and poured tens of millions into “NeverTrump” conspiracies. Why are there still “conservative” thinktanks and institutions using conservative donors’ money to bash our best candidate since Ronald Reagan? This even after he has proved himself in office a sober, competent leader. 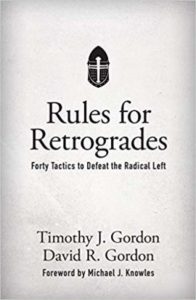 How We Got to Gomorrah

This short, highly readable book will show you how and why all these things have happened. And what we can do about it. Rule for Retrogrades, by the philosophical brothers Tim and David Gordon, just came out at the worst possible time: at the moment when bookstores are closed. We’re all on Amazon, but we’re ordering protein bars and hand sanitizer.

But it’s also exactly the right moment, if you think about it. The slow-burn, bubbling pot in which we frogs have been cooking just started boiling. This might just be the moment we rouse ourselves and jump out.

A Political Manual, and More

The book presents itself as a political how-to manual, an answer to Saul Alinsky’s “classic” manual for social disruption and power-grabbing, Rules for Radicals. The authors define themselves not as conservatives (how much is left to save?) but as “retrogrades,” as men who want to reject our death-by-cirrhosis status quo, and revive the institutions and ideas that made America work since its founding. And beyond that, the ideas and practices that made the West great in the first place, since the conversion of Constantine. The writers draw on the common heritage that united America’s founders with the great thinkers of the early Church and medieval Europe, and show how the virtues of Aristotle, Christianized by Aquinas, proved crucial to the project of the American republic from the beginning.

The slow-burn, bubbling pot in which we frogs have been cooking just started boiling.

And then the authors explain how to cultivate those virtues in our own lives. And practice them in politics. My favorite part of this rich and rewarding book? The rules it lays down for political conflict. The authors expose exactly how we got so many prissy, neurotic, half-hearted and apologetic “conservatives” in positions of influence in the first place.

The Gordons uncover the psychological and moral mechanisms at work in “NeverTrump” writers, of the kind who eagerly pounced on the innocent Nick Sandmann at National Review. And (mostly the same people) who gave undue credence to Christine Blasey Ford’s slanders of Brett Kavanaugh and Mark Judge.

Inside the Shriveled, “NeverTrump” Soul

The Gordons wield a laser scalpel on the brains of mushy “moderates,” and bloodless Christians obsessed with “winsomeness,” who throw our wounded allies under the bus at the first sign of blood. They also call us to moral reform and political vigor, at every level of life from dating decisions to campaign rhetoric. You won’t find another book published in 2020 full of thoughtful analysis, stirring rhetoric, and impassioned appeals like this one.

Retrogrades, take heart!  Audacious, intrepid men live and breathe who are worthy of your friendship, provided simply that you make yourself worthy of theirs!